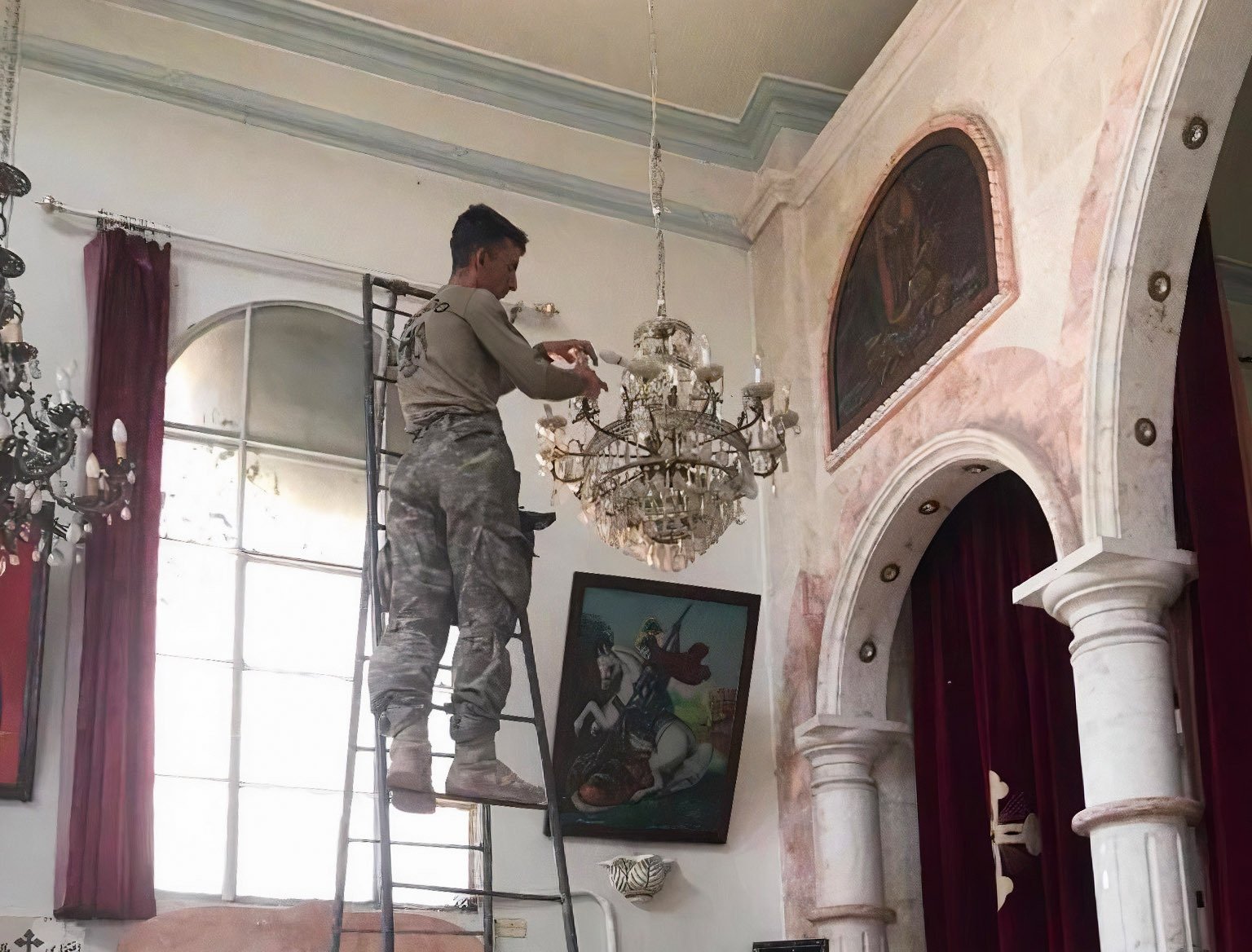 A Turkish soldier installs lightbulbs on a chandelier inside the Syriac Orthodox Church in Syria's Ras al-Ain, July 14, 2021. (Defense Ministry Handout)
by DAILY SABAH WITH AA Jul 15, 2021 10:32 am
RECOMMENDED

It also shared a few images where soldiers were adding the last touches inside the church by installing light bulbs.

Turkey launched Operation Peace Spring in 2019 to eliminate terrorists from northern Syria east of the Euphrates River in order to secure Turkey's borders, aid in the safe return of Syrian refugees and ensure Syria's territorial integrity.

The operation, conducted in line with the country's right to self-defense borne out of international law and U.N. Security Council resolutions, aimed to establish a terror-free safe zone for Syrians to return to the area east of the Euphrates River, which was then controlled by the U.S.-backed YPG terrorists.