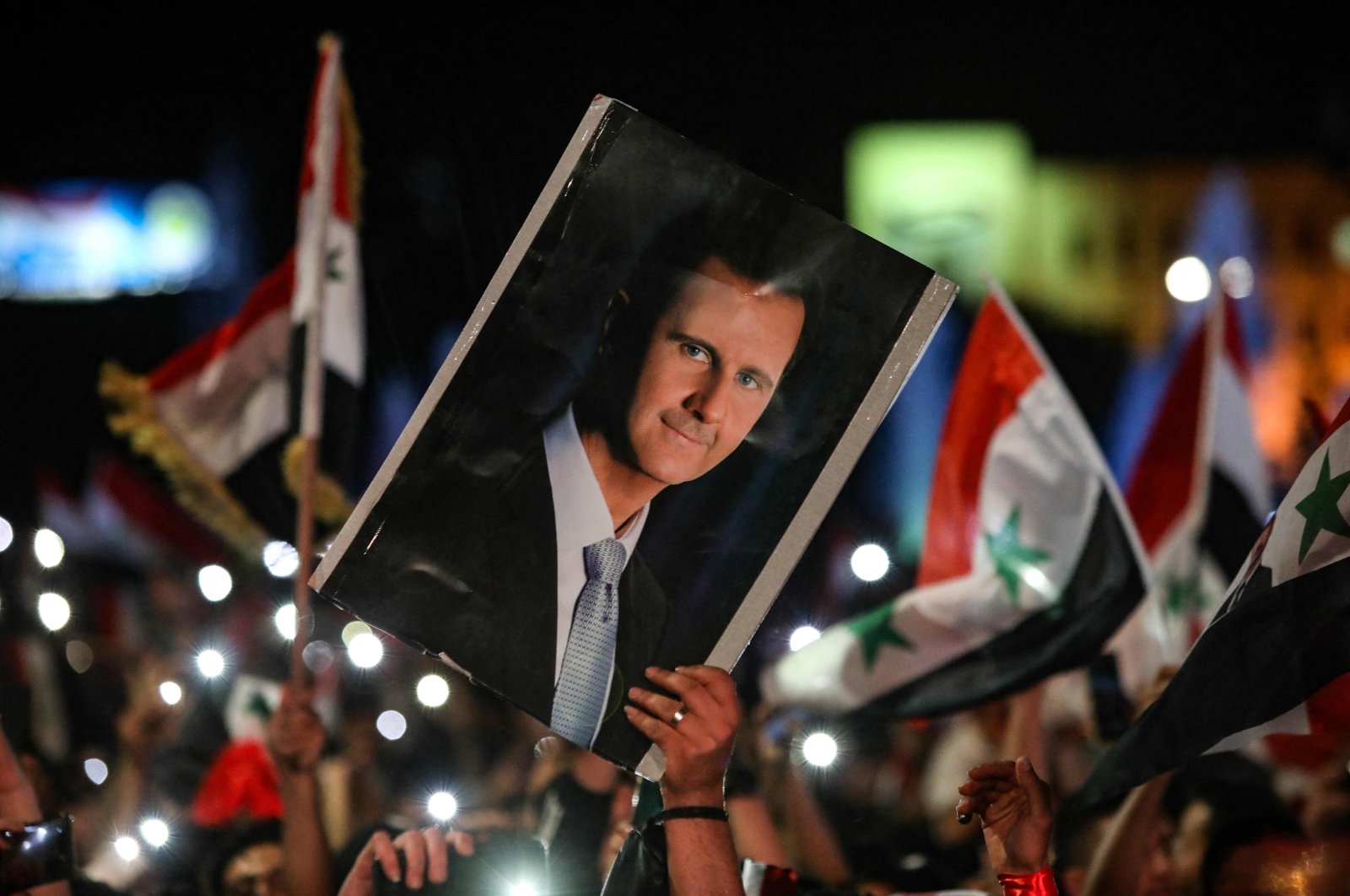 Syrians wave national flags and carry a portrait of Bashar Assad as they celebrate the result of the presidential election, Damascus, Syria, May 27, 2021. (AFP Photo)
by Anadolu Agency
May 30, 2021 12:23 pm

Turkmens in Syria are refusing to recognize the legitimacy of the presidential election, which Bashar Assad claimed to have won with more than 95% of the votes.

The regime's Parliament Speaker Hamouda Sabbagh announced to the media that Assad won with 95.1% of the vote.

Vail Haj Taha, who lives on Turkmen Mountain in the countryside of Latakia, told Anadolu Agency (AA) that his group did not accept the so-called elections.

"He's been killing us for 10 years. Now they say there has been a new election and he won. They call him the president. He is not the president, he is a monster," he said.

"We do not know how the elections have been carried out because there are no Syrians in Syria. All of them are in Germany and Turkey."

Muhammed Hac Bekir, another Turkmen, said the regime forced them to migrate.

"My children went to Turkey. He (Assad) bombed and burned their houses," he said.

Mustafa Memleket said Assad killed the people with the murderers he brought from abroad.

"We went to Germany, Lebanon and Turkey. The whole world is full of Syrians. They force the nation to elections by force of soldiers and police. May God save us from him," he said.

Assad was declared winner of "presidential elections" that were held with nonfunctional candidates, the regime's Syrian Arab News Agency (SANA) announced on Thursday.

He claimed voter turnout was around 78%, while more than half of the country cannot go to the polls.

Assad has been the victor in every election since assuming power in 2000 as heir to his father, Hafez Assad.

The decision to hold elections was made despite an ongoing military conflict, the lack of a political solution, the failure of negotiations between the opposition and the regime, and the displacement of more than 10 million Syrians either as refugees or internally displaced persons.

The Turkish Foreign Ministry stated last month that the international community could not accept the Syrian presidential elections as legitimate, underlining that the elections deprive almost 7 million Syrians in the diaspora of suffrage.

Moreover, about 40% of the country is not under regime control.

Syria has been mired in a civil war since early 2011 when the regime cracked down on pro-democracy protests with unexpected ferocity.