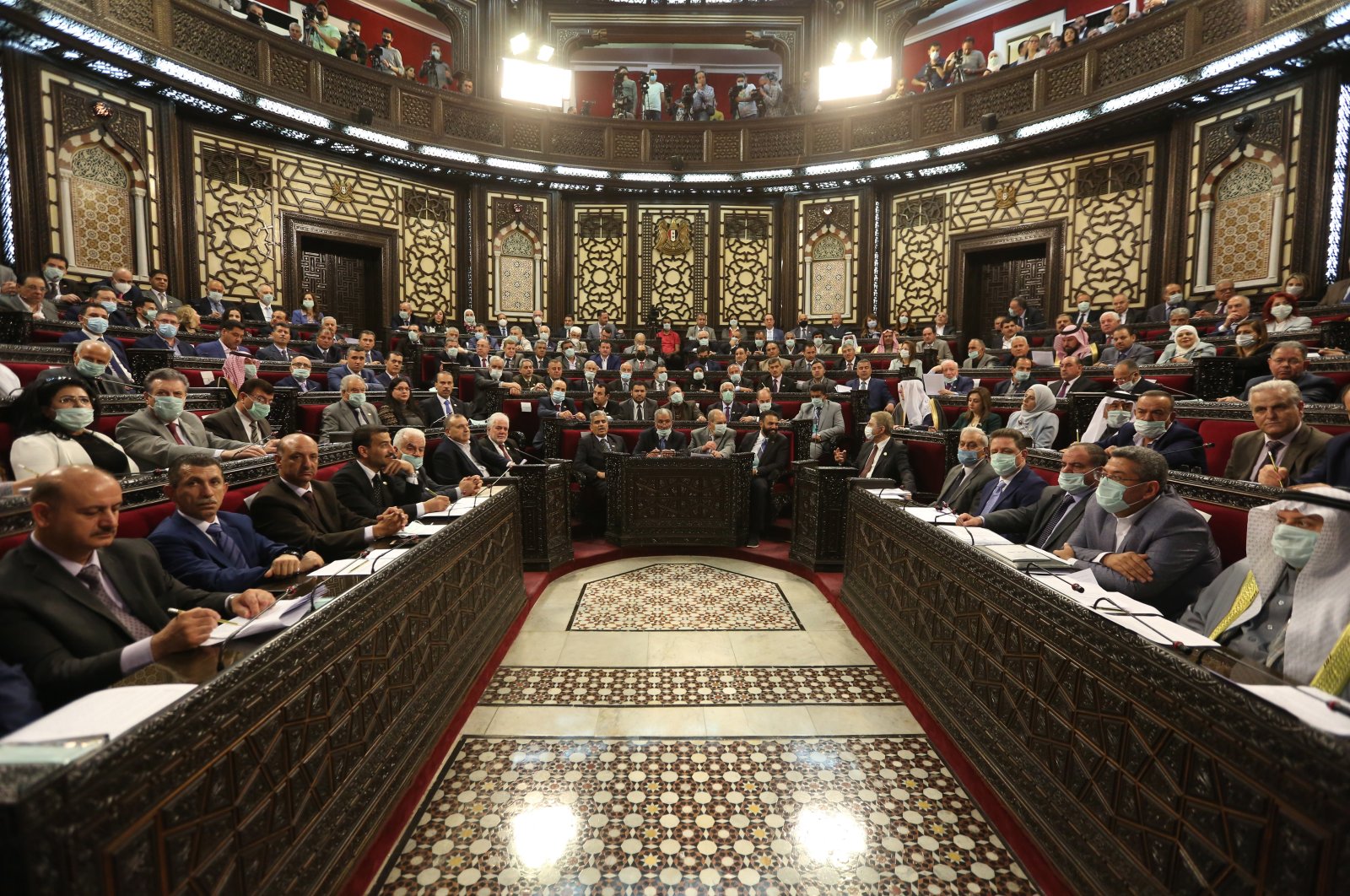 Turkey and a rights group urge adherence to a political solution to the decadelong civil war in Syria, as the Assad regime unilaterally decides to hold presidential elections

Underlining that the elections are “far from being free and fair,” the ministry’s spokesperson Tanju Bilgiç said, “The presidential elections announced by the Syrian regime to be held on May 26, 2021, are incompatible with the criteria of the road map put forward by UNSC Resolution 2254.”

“Turkey will continue to support the efforts to find a political solution to the Syrian conflict on the basis of UNSC Resolution 2254,” he added.

Syria will hold a presidential election on May 26 that is expected to keep Bashar Assad in power in the country devastated by a decade of civil war.

The election, announced recently by Hamouda Sabbagh, the parliament speaker, comes as Syria is also mired in a deep economic crisis, worsened by sanctions, the pandemic and financial turmoil in Lebanon.

Assad, who has been in power for 21 years, has submitted his candidacy for next month's presidential election, state media reported Wednesday.

The 55-year-old is widely expected to secure a fourth term in office by a comfortable margin in the May 26 vote, which observers have already said would be far from free and fair.

Five other candidates have so far filed applications with the high constitutional court, it was reported. The little-known contenders include a former lawmaker and several businessmen.

The previous presidential election was held in 2014 and saw two candidates run against Assad after a constitutional amendment allowing for a multi-candidate ballot.

Presidential hopefuls have until April 28 to put forth their candidacy for the second such vote to be held since the start of the country's civil war a decade ago.

They will have to garner support from at least 35 members of the 250-seat parliament, which is dominated by Assad's Baath Party.

They must have lived continuously in Syria for at least 10 years, meaning that opposition figures in exile are barred.

The opposition has called Syrians living under regime-controlled areas to boycott the elections.

Hadi al-Bahra, the co-chair of the Syrian Constitutional Committee, said in January that the Syrian opposition will not recognize any presidential elections organized by the Assad regime.

A human rights group on Thursday denounced the "illegitimate" decision by the Assad regime to hold elections.

Presidential elections that are unilaterally set by the Assad regime are illegal and will destroy the ongoing political process aimed at ending 10 years of civil war, according to a report by the Syrian Network for Human Rights (SNHR).

The elections will be held in accordance with constitutional articles prepared by the regime in 2012, which are considered "illegal" by the opposition, the report said.

It noted that the Syrian legislative and judicial bodies are directly under the control of Assad, while candidates for the elections will be determined by the regime's parliament.

"The regime's election decision contradicts the UNSC resolution 2254, which sets the road map for a political solution in Syria," said the report.

The decision to hold elections came despite the ongoing military conflict, lack of a political solution in sight, failure of negotiations between the opposition and the regime, and the displacement of more than 10 million Syrians either as refugees or internally displaced persons. Moreover, about 40% of the country is not under the control of the regime.

Syria has been locked in a civil war since early 2011 when the regime cracked down on pro-democracy protests.

Around half a million people have been killed, and more than 12 million had to flee their homes, becoming refugees or internally displaced in the past decade.