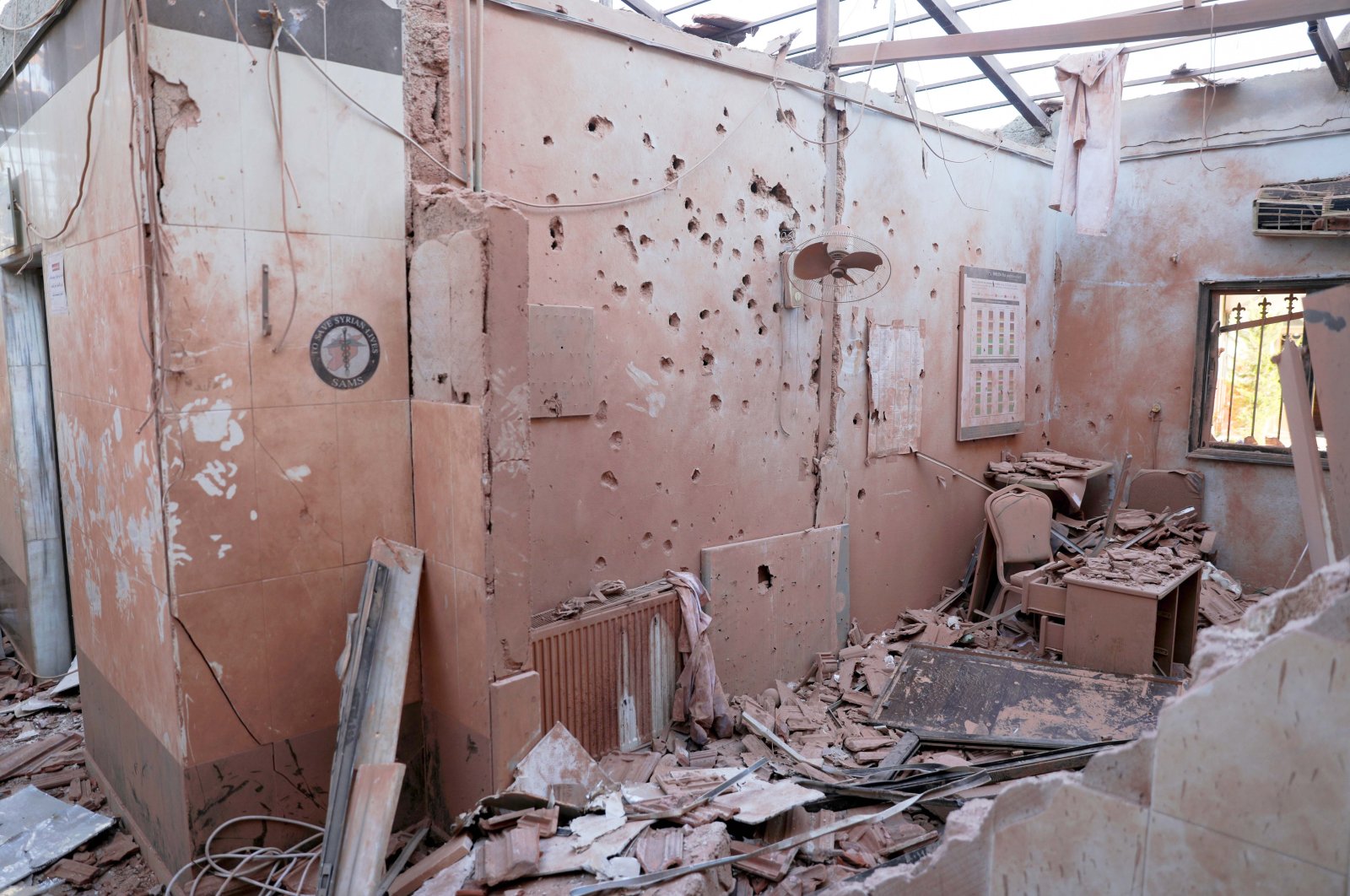 The United Nations on Monday "strongly" condemned the terror attack earlier this week on a hospital in Syria’s northern Afrin, which caused the deaths of 14 civilians, and called for a nationwide cease-fire in the war-torn country.

"I strongly condemn the attack on the Shifa Hospital in the northern Syrian city of Afrin, which resulted in the killing and injury of civilians, including medical personnel, and the destruction of parts of the hospital," said U.N. special envoy for Syria Geir Pedersen in a statement.

"Such appalling attacks on civilians and civilian infrastructure, including healthcare facilities and workers, are unacceptable and must cease."

Pedersen said that all parties must comply with their obligations under international humanitarian law.

"I also reiterate the Secretary-General's call for accountability for crimes committed in Syria," said the U.N. envoy.

Pedersen said the attack and the continuing violence underscores the importance of putting in place a nationwide cease-fire in Syria and a renewed effort to make progress in implementing relevant Security Council resolutions.

Saturday's attack on the hospital in opposition-held Afrin was carried out by the PKK terrorist organization’s Syrian wing, the YPG, said officials in Turkey.

Turkey has similarly strongly condemned the attack and called on the international community to see the truth and cease its support for the terrorist organization operating under different names.

The U.K. and France have also condemned Saturday's deadly attack.

"We condemn the shocking attack on Al Shifa Hospital in #Afrin, Syria. The violence needs to stop – all parties must abide by existing ceasefire agreements," James Cleverly, the British government's Minister of State for Middle East and North Africa, said Sunday on Twitter.

Medical facilities, aid workers and innocent civilians are not targets, he added.

On Monday, the EU had condemned the incident. "The European Union condemns the attack on Saturday 12 June, on the al Shifaa Hospital in Afrin in northwestern Syria, killing many civilians, including patients and medical staff," Peter Stano, spokesperson of the bloc's diplomatic service, wrote in a statement on behalf of the EU.