US, EU strongly condemn YPG/PKK attack on hospital in Syria 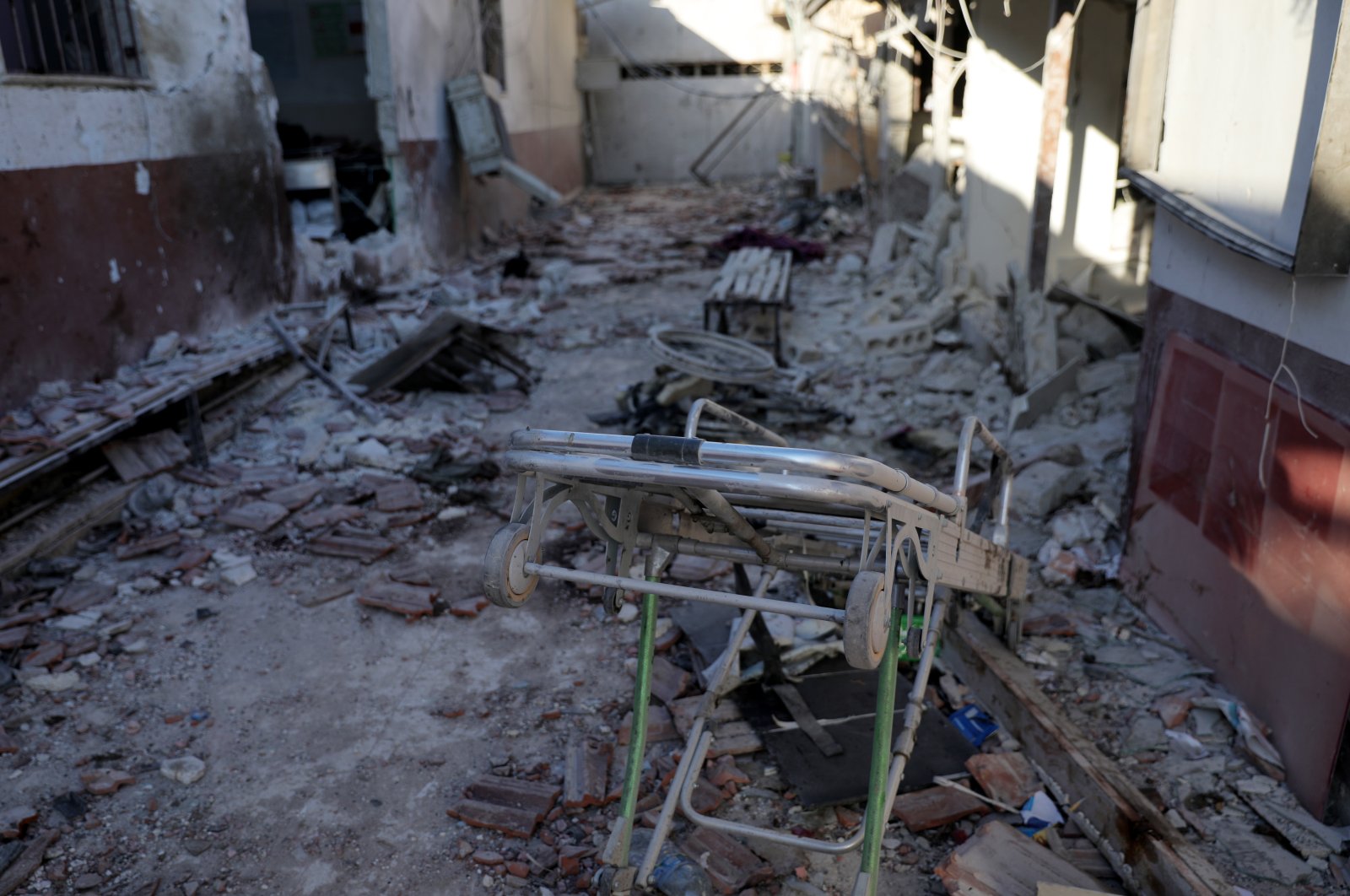 The United States and European Union strongly condemned a recent attack by the terrorist group PKK's Syrian offshoot YPG on a hospital in Syria’s Afrin, which killed at least 14 civilian patients and injured dozens.

"We condemn in the strongest terms yesterday’s attacks on the Al-Shifa Hospital in Afrin, Syria. This barbaric attack took the lives of children, medical staff, and first responders. Civilians and civilian infrastructure, including hospitals, must never be the target of military action," the U.S. State Department Spokesperson Ned Price said in a statement on Sunday.

The statement continued by noting that the hospital's coordinates have been shared with the United Nations deconfliction mechanism and that it was part of a recent escalation of violence in northwest Syria.

"The United States calls for an immediate nationwide cease-fire and a de-escalation of violence in Syria," Price said.

The statement made no mention of the YPG, a group the U.S. has supported for years despite its NATO ally Turkey's major security concerns, and the group behind the attack.

In another statement on Monday, the EU also condemned the attack.

"The European Union condemns the attack on Saturday 12 June, on the Al-Shifa Hospital in Afrin in northwestern Syria, killing many civilians, including patients and medical staff," Peter Stano, spokesperson of bloc's diplomatic service, wrote in a statement on behalf of the EU.

"This attack is a serious breach of International Humanitarian Law, especially since the coordinates of the hospital had been shared by the United Nations," he added.

The statement also called for the respect of international humanitarian law and the national cease-fire.

The YPG attack on the hospital in northwestern Syria killed at least 14 civilian patients and injured more than 27, said officials in southern Turkey.

In a statement, the governor's office in Hatay, just across the border, said that grad missile and artillery shells fired by the YPG terrorist group from the Assad regime-controlled Tal Rifaat region hit the emergency department of the private Al-Shifa Hospital in the center of the Afrin district.

Turkey has strongly condemned the attack carried out by the YPG on the hospital. The country called on the international community to see the truth and cease its support for the terrorist organization operating under different names.

"The PKK/YPG/SDF, which does not hesitate to target innocent civilians and health care workers who work tirelessly to serve the Syrian people under all conditions, with artillery and missiles, has once again demonstrated its terrorist organization identity and bloody face," the statement said.

"In this respect, we invite the international community to see the truth and to end their support for this terrorist organization operating under different names," it said.

Afrin was largely cleared of YPG terrorists in 2018 through Turkey's counterterrorism offensive Operation Olive Branch, but the terrorist group still targets the region to disturb the peace established by Turkish forces. The terrorist group often targets Jarablus, Azaz, Afrin and al-Bab, attacking from the adjacent Tal Rifaat and Manbij regions.

In its more than 40-year terror campaign against Turkey, the PKK – listed as a terror organization by Turkey, the U.S. and the EU – has been responsible for the deaths of nearly 40,000 people, including women, children and infants.