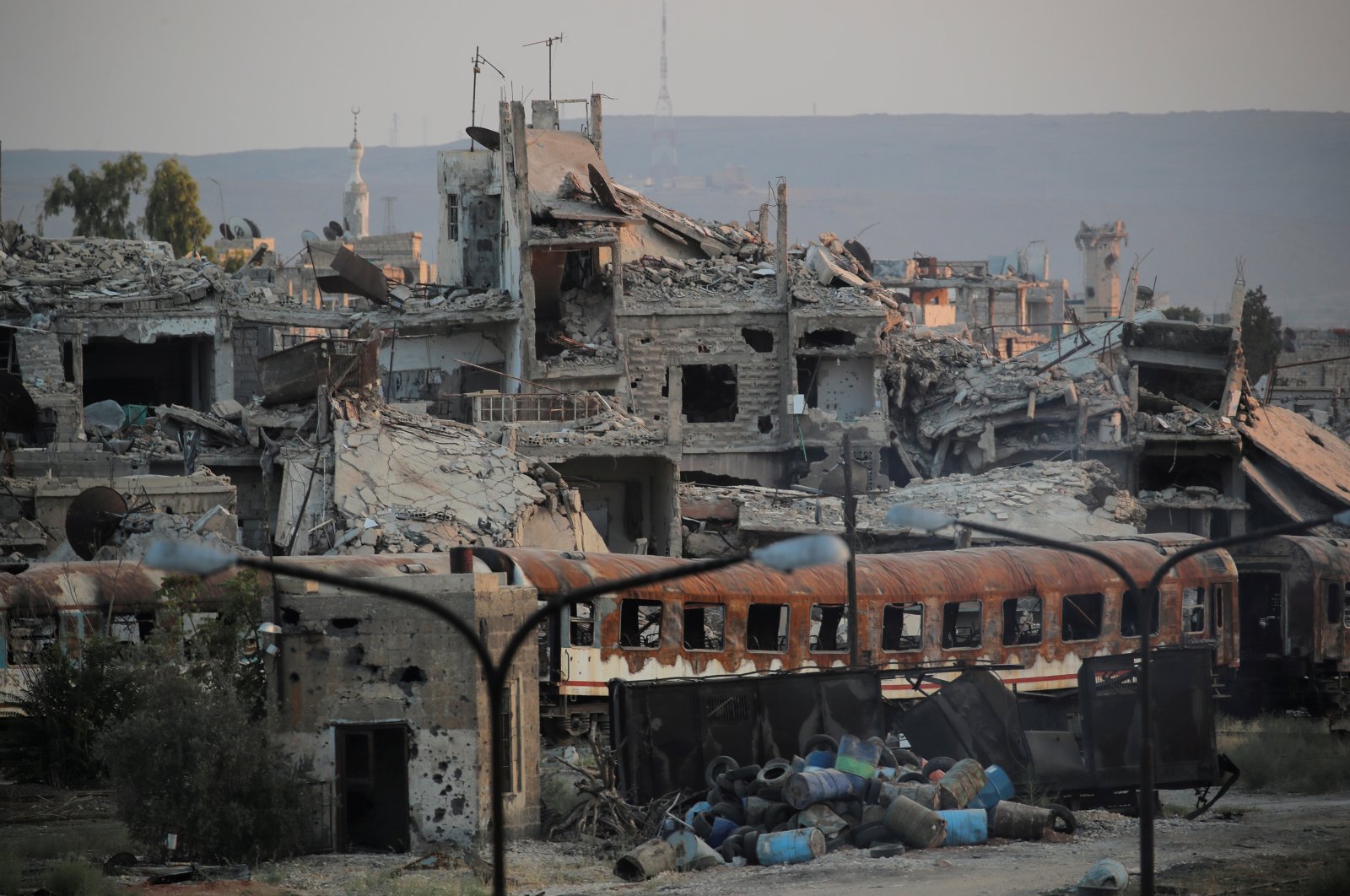 The United States, France, Germany, Italy and the United Kingdom stated on Monday that they will not abandon the Syrian people and are committed to reinvigorating the pursuit of a peaceful solution, in a joint statement to mark the 10th anniversary of the Syrian conflict.

They said the Syrian regime and its backers must engage in a political process and allow humanitarian assistance to reach communities in need.

More than half of the population, nearly 13 million Syrians, depend on humanitarian assistance and millions of Syrian refugees are hosted generously by Turkey, Jordan, Lebanon, Iraq and Egypt, the statement said.

Turning to Syria's forthcoming presidential election, the nations said it would not be "free" or "fair."

A decade of war may have ravaged his country, but Syria's Bashar Assad has clung to power and looks determined to cement his position in presidential elections this year.

When the Arab revolts started toppling autocrats like dominoes in early 2011, Assad's days looked numbered. But 10 years on, he has defied the odds, surviving international isolation and the temporary loss of two-thirds of Syria's territory to claw his way back into relevance.

"Any political process needs the participation of all Syrians, including the diaspora and the displaced, to enable all voices to be heard," the top diplomats said.

They also said impunity is unacceptable and they would firmly continue to press for accountability for the most serious crimes in the conflict-hit country.

"Clear progress toward an inclusive political process and an end to the repression of the Syrian people is essential. We cannot allow this tragedy to last another decade," the statement concluded.

Britain on Monday announced it would sanction six of Assad's allies, including the regime's foreign minister and close advisers, for "repressing the Syrian people."

On the same day, President Recep Tayyip Erdoğan underlined that reestablishing peace and stability in Syria depends on Western support to Ankara.

In an opinion piece titled "The West should help Turkey end Syria's Civil War" penned for Bloomberg to mark the 10th anniversary of the Syrian civil war, Erdoğan said that the Turkish nation believes the building of a political system capable of representing all Syrians to be essential for the restoration of peace and stability.

In March 2011, the people of Syria, inspired by events in Egypt and Tunisia, rose up against the Assad regime and demanded political reforms and freedoms.

What began as peaceful demonstrations quickly descended into a civil war as the Syrian people were forced to take up arms to defend themselves against a violent regime.

Now in its 10th year, the Syrian conflict rages on with no immediate end in sight.

The conflict has since killed more than 387,000 people, displaced more than half the country's pre-war population, and seen tens of thousands thrown behind bars.

Ordinary Syrians have seen food prices soar and the Syrian pound plummet in an economic crisis the government has blamed on Western sanctions.

But Assad is still in power and, after a string of Russia-backed victories, his forces are back in control of more than 60% of the country.

At 55, Assad is already in his third decade in power, and a fourth mandate looks guaranteed after presidential elections this summer.

Once clamoring for Assad to leave, Western powers are now eager for a political solution to stem the conflict before the polls.

U.N.-led efforts in recent years have focused on a committee – equally representing the regime, the opposition and civil society – to re-write the country's constitution. But they have made next to no progress.

Meanwhile, thousands took to the streets in Syria's last major opposition bastion of Idlib Monday to mark 10 years since the nationwide anti-regime protests that sparked the country's devastating civil war.

Crowds marched through Idlib, with some protesters waving the opposition's three-star flag or holding up images of those killed during the conflict.

"The people want the fall of the regime," they shouted, echoing the slogan adopted by protesters elsewhere in the Middle East and North Africa in the spring of 2011.

"We came to renew the pledge we made in 2011 when we decided to oust Assad," said one of those marching, Hana Dahneen.

"We had hoped to topple the regime from day one," she added.

"But it unleashed all kinds of weapons against the innocent people to crush the revolution."

Idlib, whose 2.9 million inhabitants have been protected by a ceasefire since March 2020, is one of the few key areas still holding out against the Damascus government and is a frequent target of the regime and Russia.

"We couldn't change much in the past 10 years, and this is painful, but we can't but continue on the path we have started, because Syria needs change," he said.

Around him, protesters carried signs condemning the inaction of the international community.

"A decade of disappointment," read one banner.