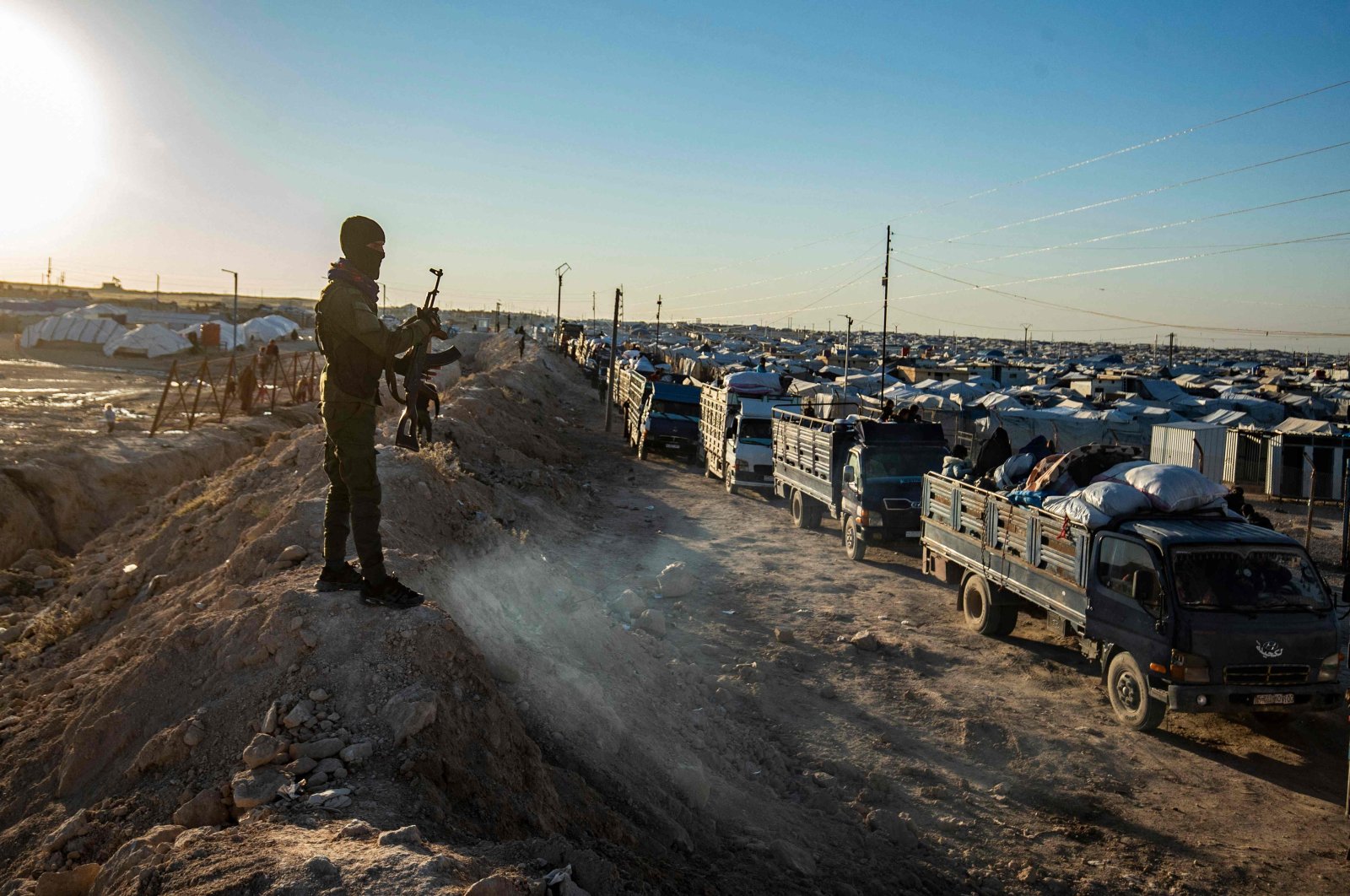 In a joint statement issued Tuesday, leftist deputies Frederique Dumas and Hubert Julien-Laferriere and members of the European Parliament Sylvie Guillaume and Mounir Satouri said delegations from Belgium, Finland, Germany, Austria and Spain had been able to visit the al-Hol camp in recent weeks but after their delegation crossed the Syrian border, they were prevented from entering the camp, which is under the terrorist group's control.

Their on-site meetings confirmed that the blocking of their entry to the camp is due to direct pressure from the French authorities, the statement said.

The statement underlined that Europeans, mostly French, are kept in the camps and the situation there is bad, adding urgent measures should be taken for children held in the camps.

UNICEF called last week for all minors held in displacement camps or jails in northeast Syria to be allowed to go home. UNICEF made its plea a day after three children died in a fire at the overcrowded, YPG-held al-Hol camp.

The YPG seized much of northern and eastern Syria from the Daesh terrorist group with U.S. backing. They have since held thousands of Daesh terrorists in prisons, while their wives and children – numbering tens of thousands, many of them foreigners – are living in camps.

Al-Hol camp alone houses nearly 65,000 people, including about 28,000 Syrians, 30,000 Iraqis and some 10,000 other foreigners of many nationalities, according to U.N. estimates. Most of the civilians were forcefully brought to the camp by the YPG in April 2017.