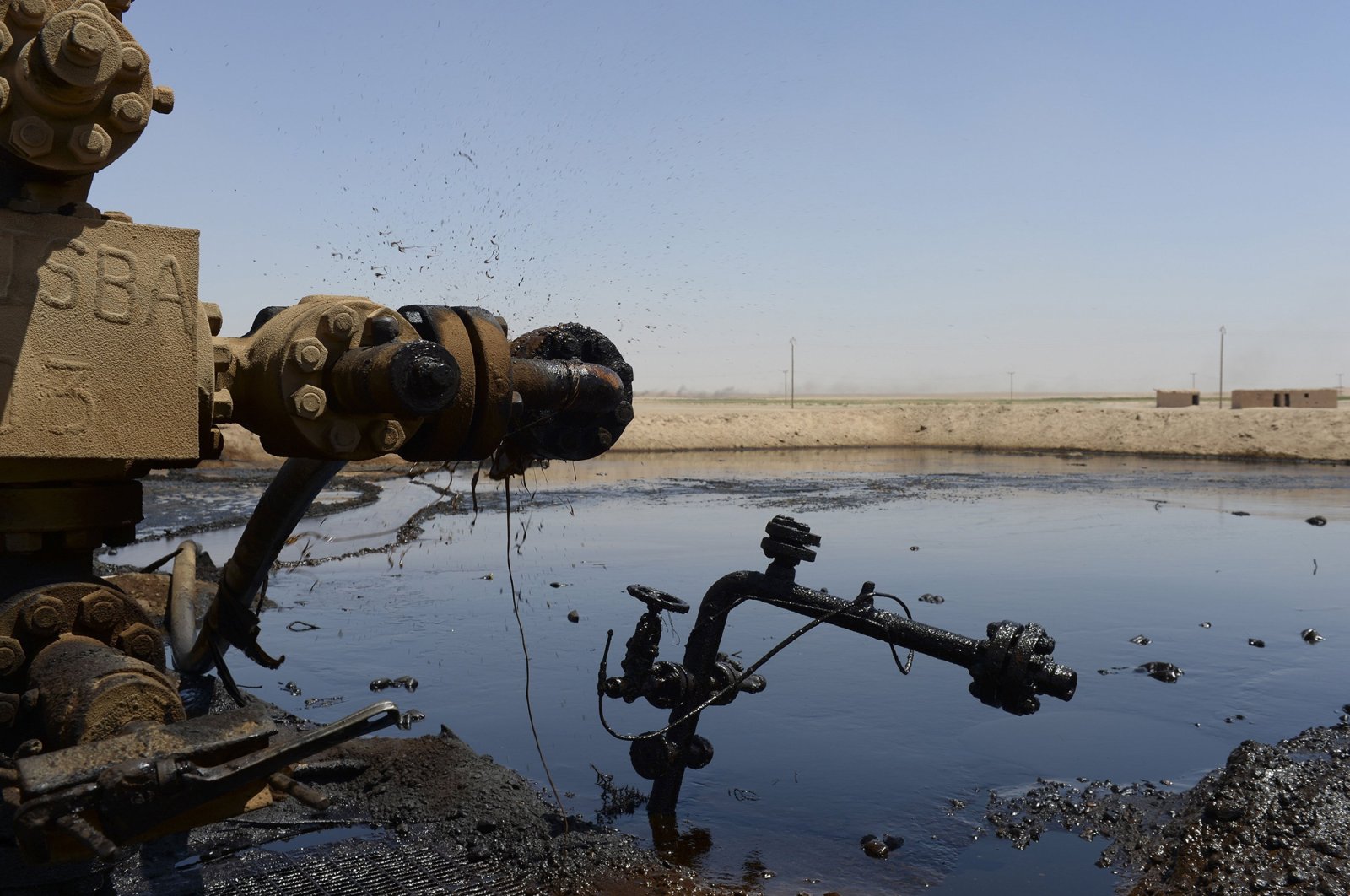 Oil fields in Deir el-Zour, eastern Syria are seen in this undated photo Syria with primitive "refineries," which produce ugly wasteland all along the main road through the area. (Getty Images)
by Daily Sabah with AA
Jul 30, 2021 9:17 am

Makeshift oil refineries of the PKK terrorist organization’s Syrian wing, the YPG, cause air pollution, harming the health of the local people.

Air pollution caused by these facilities, which are among the terrorist group's main sources of income, has caused a marked increase in the number of people suffering from cancer and chest diseases in the Deir el-Zour and Hassakeh provinces, one local pulmonologist who asked not to be named due to security concerns told Anadolu Agency (AA).

He added that cases of shortness of breath have particularly increased in the region, which has been under the terrorist group's occupation since 2017 and possesses the richest oil and natural gas sources in Syria.

Also speaking to AA, an agricultural engineer from Deir el-Zour drew attention to the hazardous waste and gas produced by the refineries.

While the waste damages farmlands, the gas poisons the air and plants, he said, adding that many livestock has also died after consuming the polluted plants.

Controlling over 70% of Syria's oil resources, the YPG operates makeshift oil refineries that have polluted water sources, along with the air and soil, threatening public health in Abu-Hamam, Diban, al-Tayyana, al-Subna, al-Azbe, and Garia regions.

While the Arab population of Deir el-Zour, which constitutes the majority of the province, lives in poverty, the YPG makes significant income by selling the oil it refines at these plants.

Parts of Deir el-Zour to the east of the Euphrates River are under the occupation of the YPG terrorist organization, while the city center and eastern and western parts of the province are under the control of the Assad regime and Iran-backed groups.