Thousands of Israelis protest Netanyahu to quit amid corruption charges 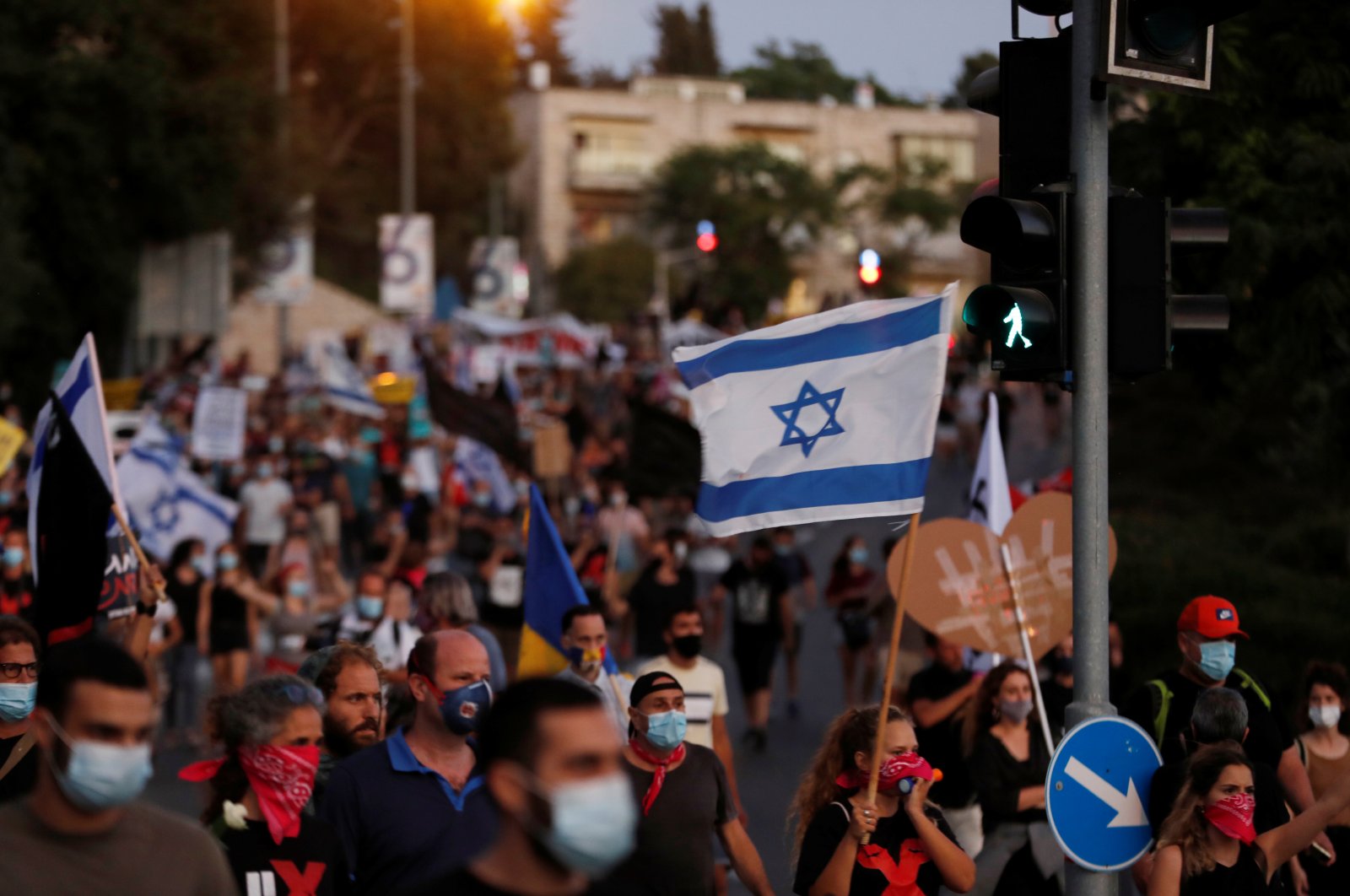 Israelis march as they protest against Israeli Prime Minister Benjamin Netanyahu and his government's response to the financial fallout of the coronavirus disease crisis in Jerusalem, July 21, 2020. (REUTERS)
by REUTERS Jul 21, 2020 10:12 pm
RECOMMENDED

About 2,000 Israelis rallied outside Prime Minister Benjamin Netanyahu's residence in Jerusalem on Tuesday as protests mounted against him over his handling of a worsening coronavirus crisis and alleged corruption.

Wearing protective masks, the demonstrators marched from Netanyahu's official residence to Israel's parliament, holding up signs that read "Crime Minister" and calling on the five-term premier to step down.

Reimposed coronavirus curbs after a rise in COVID-19 cases have prompted Israelis demanding better state aid to take to the streets in almost daily demonstrations.

Public anger has been also been fuelled by corruption allegations against Netanyahu, who went on trial in May for bribery, fraud and breach of trust – charges he denies.

Netanyahu has announced numerous economic aid packages. But frustrated by red tape and a slow pace, many Israelis say the aid is coming too little, too late.

"It's humiliating and insulting. You pay social security and taxes for 30 years and then have to beg (the authorities) in order to make ends meet. I'm here to protest so that this evil government quits," said Doron, 54.

He asked not to give his full name and said he has been on unpaid leave for three months.

As part of the protest, restaurant owners set up a free buffet for the demonstrators, demanding their businesses keep open or else receive compensation.

Israel lifted in May a partial lockdown that had flattened an infection curve. But a second surge of COVID-19 cases and ensuing restrictions have seen Netanyahu's approval ratings plunge to under 30% and employment soar to 21%.

Police did not provide a figure for the number of demonstrators. A Reuters cameraman estimated that about 2,000 people rallied. Israeli media said the protest drew thousands from across the country.

With a population of 9 million, Israel has reported more than 50,000 coronavirus cases and 422 deaths.