Ukraine tensions could cause repeat of Cuban missile crisis: Russia 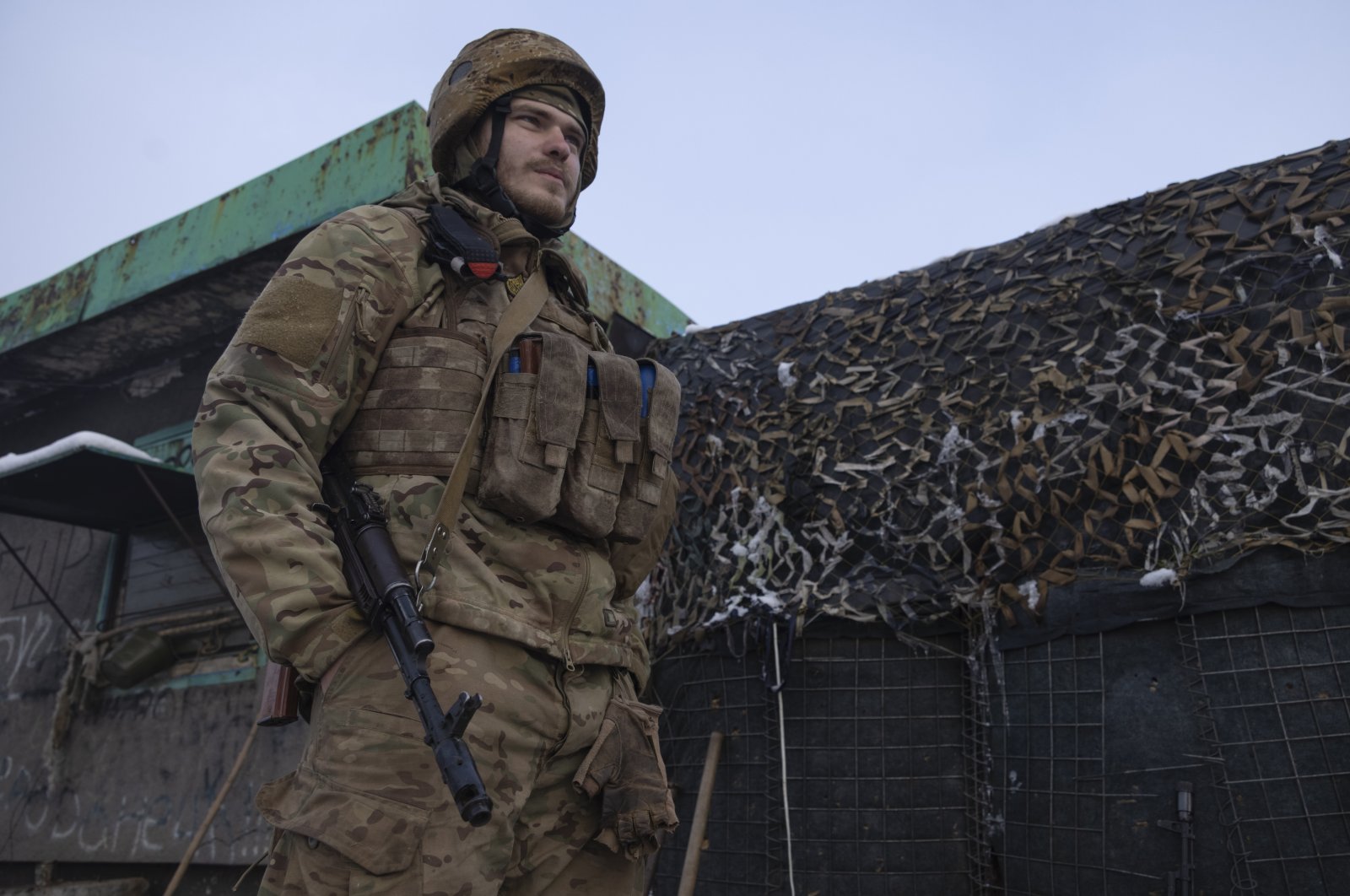 A Ukrainian soldier looks on at the line of separation from pro-Russian rebels near Popasna, Donetsk region, Ukraine, Dec 7, 2021. (AP Photo)
by Daily Sabah with Reuters Dec 09, 2021 7:05 pm
RECOMMENDED

Tensions around Ukraine could lead to the repeat of the Cuban missile crisis experienced during the Cold War, Russian Deputy Foreign Minister Sergei Ryabkov said Thursday.

Ryabkov made the comment when asked by a reporter if the current situation could turn into something resembling the 1962 Cold War standoff between the United States and the Soviet Union.

"You know, it really could come to that," Interfax news agency quoted him as saying. "If things continue as they are, it is entirely possible by the logic of events to suddenly wake up and see yourself in something similar."

The Cuban crisis was triggered by the stationing of Soviet nuclear missiles on the Caribbean island and prompted the United States to impose a naval blockade to prevent Moscow from shipping in more.

Moscow's stated fear in Ukraine, which seeks to join NATO, is that the alliance will deploy missiles there and target them against Russia. NATO says it is a defensive alliance and such concerns are unwarranted.

Ukraine says it fears an invasion by tens of thousands of Russian troops gathered near its borders, while Moscow says its posture is purely defensive.

Russian President Vladimir Putin and U.S. President Joe Biden discussed the crisis in a two-hour video call on Tuesday and Biden has said he plans to organize a meeting between Russia and NATO countries to discuss Moscow's concerns and ways of "bringing down the temperature on the eastern front."

The Cuban missile crisis was defused when Soviet leader Nikita Khrushchev agreed to dismantle and remove the nuclear weapons in return for a pledge by U.S. President John F. Kennedy not to reinvade the Communist island.

Washington also secretly agreed to remove its nuclear missiles from Turkey, in a part of the deal that was not revealed until decades later.