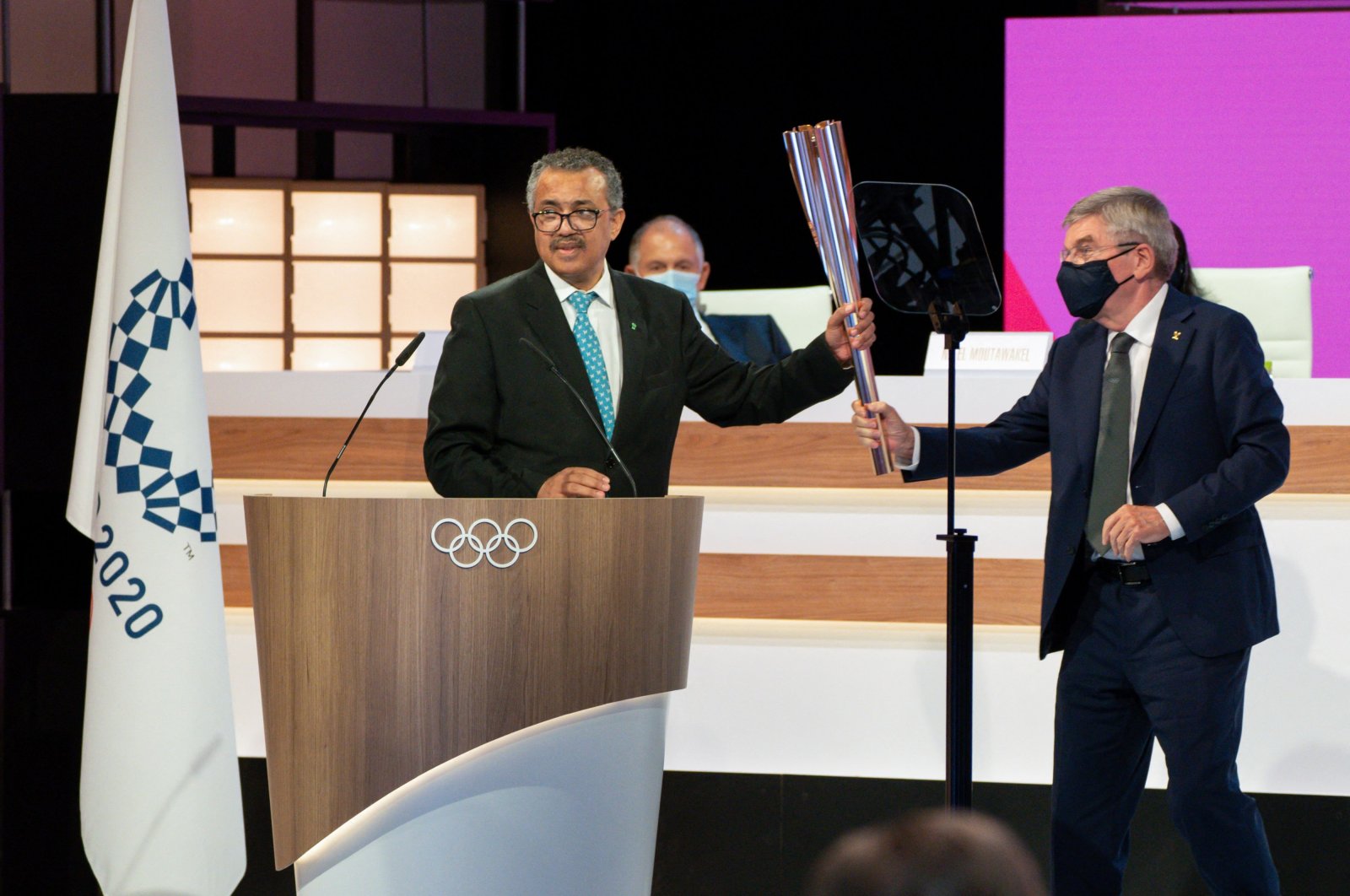 The head of the World Health Organization warned Olympic heads that "the world is failing" to stop COVID-19 as the pandemic-delayed Tokyo 2020 sports program got underway Wednesday.

WHO chief Tedros Adhanom Ghebreyesus said an uneven vaccine rollout risked worsening the crisis, but hoped the Olympics could be a "message of hope" to a pandemic-weary world.

"The pandemic is a test the world is failing. More than four million people have died and more continue to die. Already this year the number of deaths is more than double last year's total," Tedros said.

"The threat is not over anywhere until it's over everywhere. Anyone who thinks the pandemic is over is living in a fool's paradise," he added.

Tedros spoke without wearing a mask at the International Olympic Committee (IOC) session, held at a luxury hotel in Tokyo with masked delegates sitting at socially distanced desks.

Separately, the sports program of the delayed Tokyo 2020 Olympics started with a softball game in Fukushima, which was ravaged by the 2011 earthquake, tsunami and nuclear disaster.

The Tokyo Olympics, which formally opens with Friday's opening ceremony, will be held largely behind closed doors with the Japanese capital under a state of emergency following a surge in cases.

Tedros was symbolically handed an Olympic torch by IOC chief Thomas Bach at the end of his keynote address.

He said 75% of vaccines had been administered in just 10 countries.

"The haves are opening up, the have-nots are locking down," he said, adding: "This is the thing about an inferno, if you hose only one part of it the rest will continue to burn."

Organizers announced eight more infections connected with the Olympics on Wednesday, taking the total to 79.

"The celebrations may be more muted this year, but the message of hope is all the more important," Tedros said, repeating his call to have 70% of the population vaccinated in each country by mid-2022.

"May these Games be the moment that unites the world, and ignites the solidarity and determination we need to end the pandemic together," he said