WHO official mocks US intelligence on COVID-19 pandemic 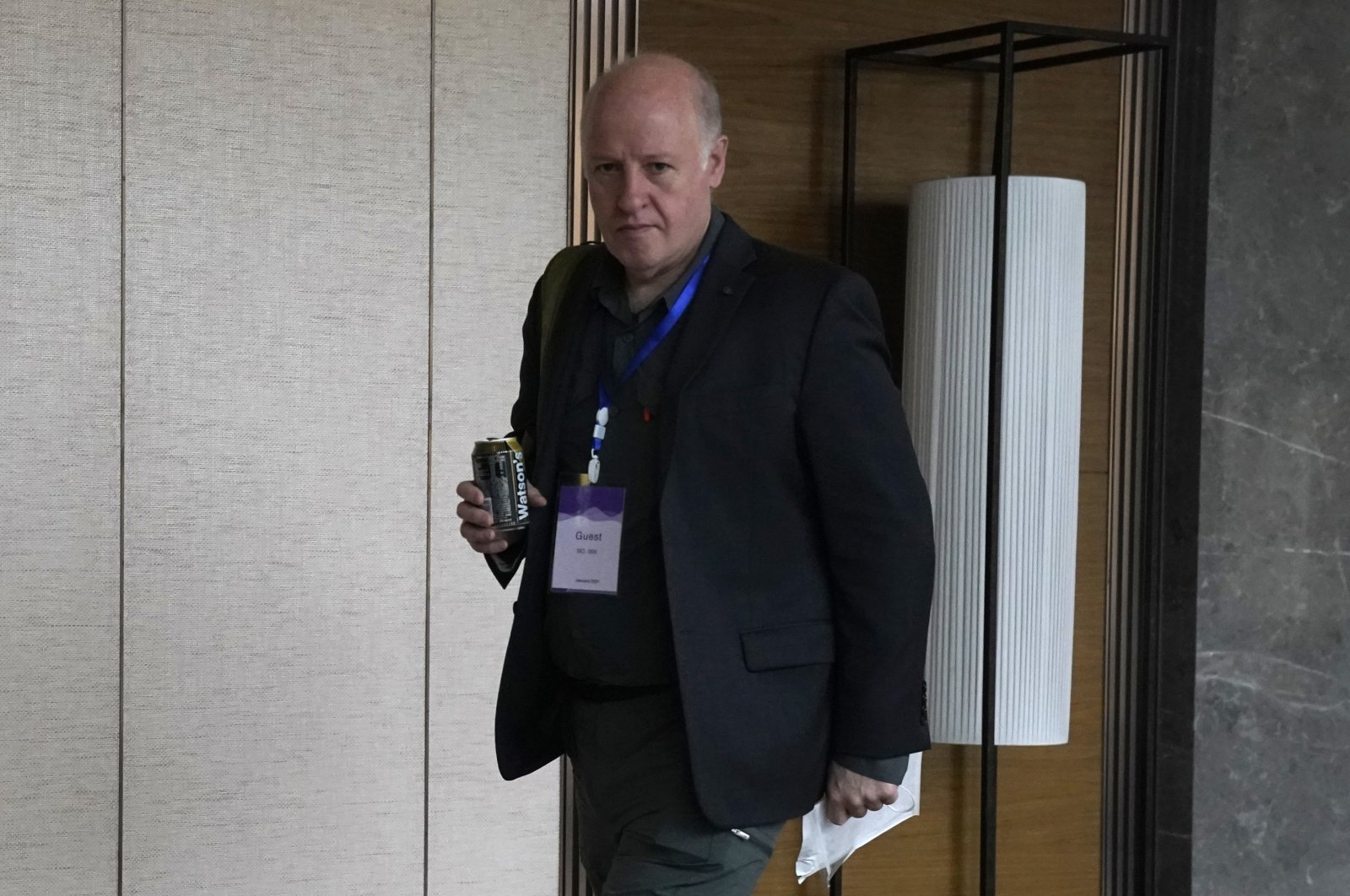 Peter Daszak of the World Health Organization team, walks to a conference center in the cordoned off wing of the hotel in Wuhan in central China's Hubei province on Monday, Feb. 8, 2021. (AP Photo)
by French Press Agency - AFP Feb 10, 2021 4:25 pm
RECOMMENDED

An expert from the World Health Organization (WHO) sent to China to probe the coronavirus criticized U.S. intelligence on COVID-19 as his team headed home with few answers about the origin of a pandemic that is forcing more clampdowns in some of the hardest-hit parts of the world.

German Chancellor Angela Merkel was set to seek an extension of strict virus curbs, as the European Commission chief addressed the stumbling vaccination rollout on the continent – which accounts for a third of the 2.3 million COVID-19 deaths worldwide.

The coronavirus has infected close to 107 million people, devastating the global economy, and questions over the handling of the initial outbreak in central China have sparked an intense diplomatic row between Washington and Beijing.

The WHO mission to the ground zero city of Wuhan wrapped up Tuesday without any concrete answers, with Washington again expressing skepticism about China's transparency and cooperation. But WHO team member Peter Daszak tweeted: "Please don't rely too much on US intel: increasingly disengaged under Trump & frankly wrong on many aspects." He said they worked "flat out under the most politically charged environment possible."

China had repeatedly delayed the WHO trip, and bristled at accusations of a lack of transparency. Beijing warned Washington not to "politicize" the mission after the White House demanded a "robust" probe.

U.S. State Department spokesperson Ned Price said Tuesday that the United States supports the investigation. But when asked if China had fully cooperated with the WHO, he said: "The jury's still out."

The WHO team did not identify which animal transferred the coronavirus to humans, but said there was no indication it was circulating in Wuhan before December 2019, when the first official cases were recorded. WHO expert Peter Ben Embarek also scotched the controversial theory that the virus may have leaked from a lab in Wuhan.

European Commission President Ursula von der Leyen said the continent's race to manufacture vaccines must accelerate to catch up with scientific breakthroughs and outpace emerging variants, but defended the bloc's overall strategy. "We underestimated the difficulty related to mass production," she told the European Parliament in Brussels.

"Normally, it takes five to 10 years to produce a new vaccine. We did it in 10 months. This is a huge scientific success, and we should be rightly proud – but in a way, science has outstripped industry."

Vaccine supply issues have already caused a diplomatic row after AstraZeneca said it would not be able to immediately ship the doses it promised to Britain and the EU. At the same time, the volume of infections across the continent is adding to the pressure on its leadership. A stricter lockdown will be imposed in Greece from Thursday – in particular in the Athens region – as Prime Minister Kyriakos Mitsotakis warned that his country was facing a third COVID-19 wave.

Wary of infection numbers exploding again, Merkel will seek to extend strict curbs until at least March 14, according to a draft text seen by Agence France-Presse (AFP), as fatigue grows with the partial lockdown in Europe's top economy. Immunization efforts are being ramped in other parts of the world with a number of vaccines.

Peru on Tuesday began administering shots developed by China's Sinopharm, while Argentina approved the Indian-made version of the AstraZeneca vaccine. South Korea on Wednesday also authorised the AstraZeneca shot for people aged 18 and above, including over-65s. A number of European countries have not authorized the AstraZeneca vaccine for the elderly – considered the demographic most vulnerable to COVID-19. Japan will start vaccinations next week – most likely the Pfizer/BioNTech jab – but it is scrambling to secure suitable syringes so doses won't go to waste.

Along with mass vaccinations, researchers and engineers around the world are searching for other ways to help end the pandemic and return life to normal – especially with regards to international travel. Tech-savvy Estonia is working on a pilot project with the WHO on how a globally recognized electronic vaccine certificate might work, including addressing concerns about security and privacy.

A more immediate concern for authorities in many countries this week is Valentine's Day, with fears that the upcoming celebrations could lead to a surge in infections.

Authorities in Thailand's capital Bangkok announced the city would not register marriages on Valentine's Day, a popular day for weddings.

In Brussels, however, where restaurants are closed, some hotels have converted rooms into private dining salons for two. "We're over the moon about being here tonight, just like in a restaurant," said Marine Deroo, a 34-year-old who tried out the concept ahead of Valentine's Day.