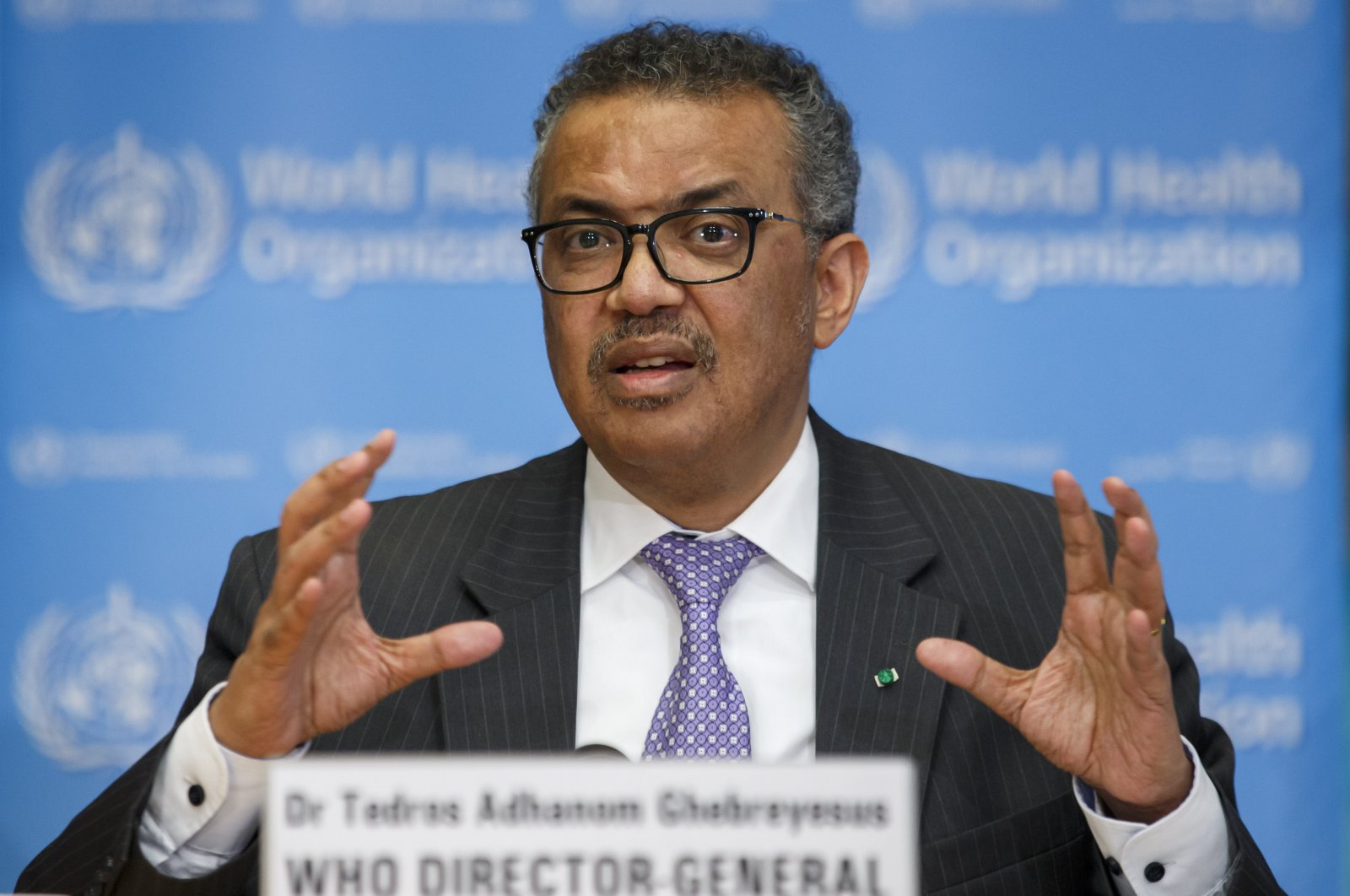 Tedros Adhanom Ghebreyesus, director-general of the World Health Organization, speaks during a news conference on updates regarding the novel coronavirus, at the WHO headquarters in Geneva, Switzerland, March 9, 2020. (AP Photo)
by Compiled from Wire Services Apr 06, 2020 8:14 pm
RECOMMENDED

The World Health Organization chief angrily slammed recent comments made by scientists suggesting a vaccine for the new coronavirus should be tested in Africa as "racist" and a remnant of the "colonial mentality."

"Africa cannot and will not be a testing ground for any vaccine," WHO director-general Tedros Adhanom Ghebreyesus told a virtual news conference, insisting "we will follow all the rules to test any vaccine or therapeutics all over the world ... whether it is in Europe, Africa or wherever."

During a TV program, which aired on the French channel LCI on last week, two French medical experts, Camille Locht, head of research at the National Institute of Health and Medical Research (INSERM) and Jean-Paul Mira, head of intensive care at Cochin Hospital in Paris, discussed whether Africa could be a good test location for the coronavirus vaccine.

At one point, they suggested Africa was a possible location, as people did not have masks, treatments or resuscitation.

The discussion caused an uproar with many, including Ivory Coast and international footballer Didier Drogba, taking to social media to express disgust at the "racist" views and that "Africa isn't a testing lab."

The French embassy in South Africa on Saturday expressed dismay at the comments made by the French doctors.

"We are deeply shocked by these comments, that of course, do not reflect the position of the French authorities," the embassy said in a statement.

Mira has since apologized while INSERM said the comments had been misunderstood.

"A truncated video, taken from an LCI interview with one of our researchers about studies of the potential use of the BCG vaccine to fight Covid-19, is currently the subject of misinterpretation," they said in a statement.