WHO to soon get first results from COVID-19 drug trials 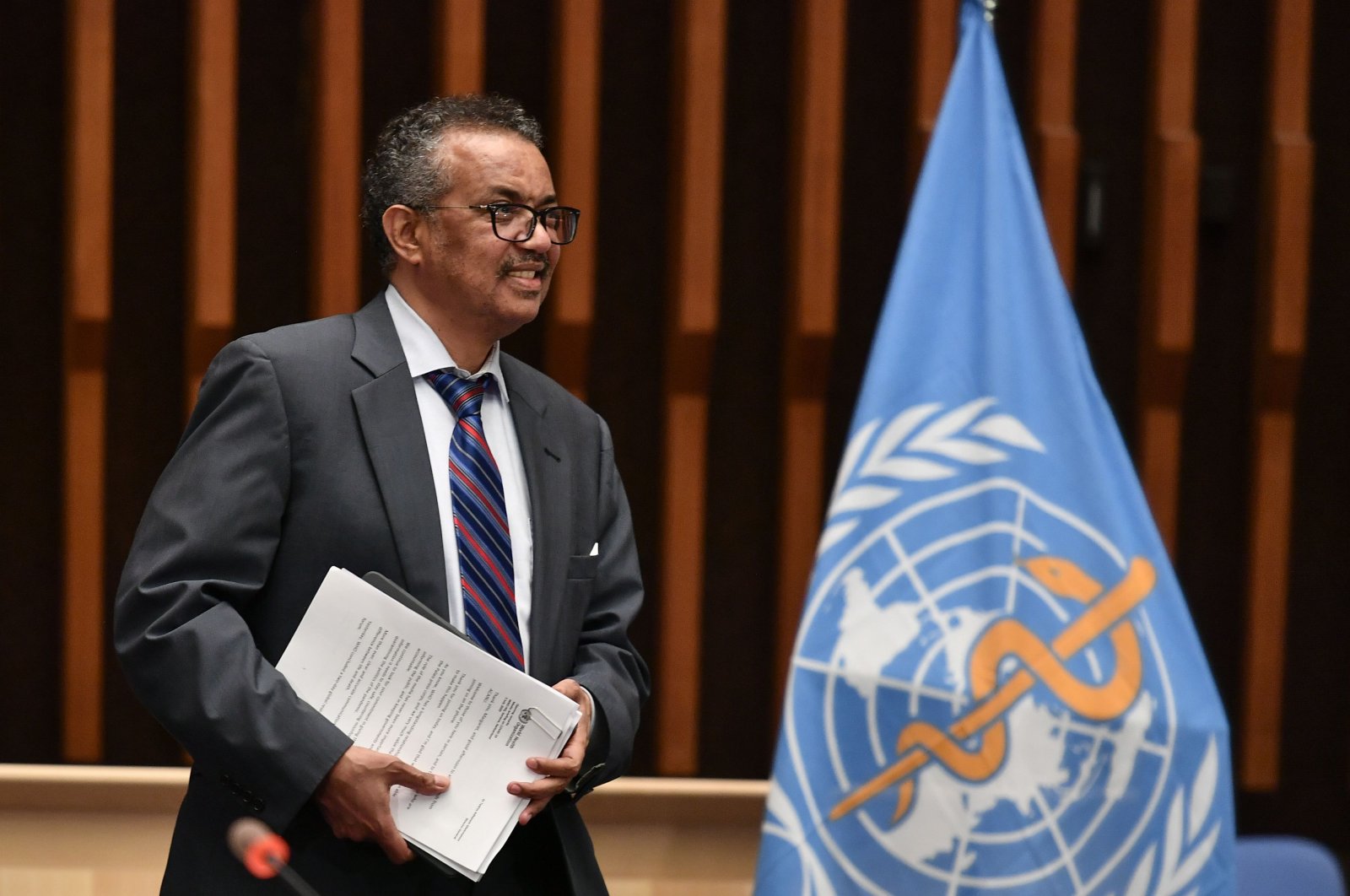 World Health Organization (WHO) Director-General Tedros Adhanom Ghebreyesus arrives a press conference organised by the Geneva Association of United Nations Correspondents (ACANU) amid the COVID-19 outbreak, caused by the novel coronavirus at WHO headquarters in Geneva on July 3, 2020. (AFP Photo)
by REUTERS Jul 03, 2020 7:59 pm
RECOMMENDED

The World Health Organization (WHO) should soon get results from clinical trials it is conducting of drugs that might be effective in treating COVID-19 patients, its Director-General Tedros Adhanom Ghebreyesus said on Friday.

"Nearly 5,500 patients in 39 countries have so far been recruited into the Solidarity trial," he told a news briefing, referring to clinical studies the U.N. agency is conducting, adding: "We expect interim results within the next two weeks."

Earlier this month, it stopped the arm testing hydroxychloroquine, after studies indicated it showed no benefit in those who have the disease, but more work is still needed to see whether it may be effective as preventative medicine.

Mike Ryan, head of the WHO's emergency program, said it would be unwise to predict when a vaccine could be ready against COVID-19, the respiratory disease caused by the novel coronavirus that has killed more than half a million people.

While a vaccine candidate might show its effectiveness by year's end, the question was how soon it could be mass-produced, he told the U.N. journalists' association ACANU in Geneva.

There is no proven vaccine against the disease for now, while 18 potential candidates are being tested on humans.

WHO officials defended their response to the virus that emerged in China last year, saying they had been driven by the science as it developed. Ryan said what he regretted was that global supply chains had broken, depriving the medical staff of protective equipment.

"I regret that there wasn't fair, accessible access to COVID-19 tools. I regret that some countries had more than others, and I regret that front-line workers died because of (that)," he said.

He urged countries to get on with identifying new clusters of cases, tracking down infected people and isolating them to help break the transmission chain.

"People who sit around coffee tables and speculate and talk (about transmission) don't achieve anything. People who go after the virus achieve things," he said.