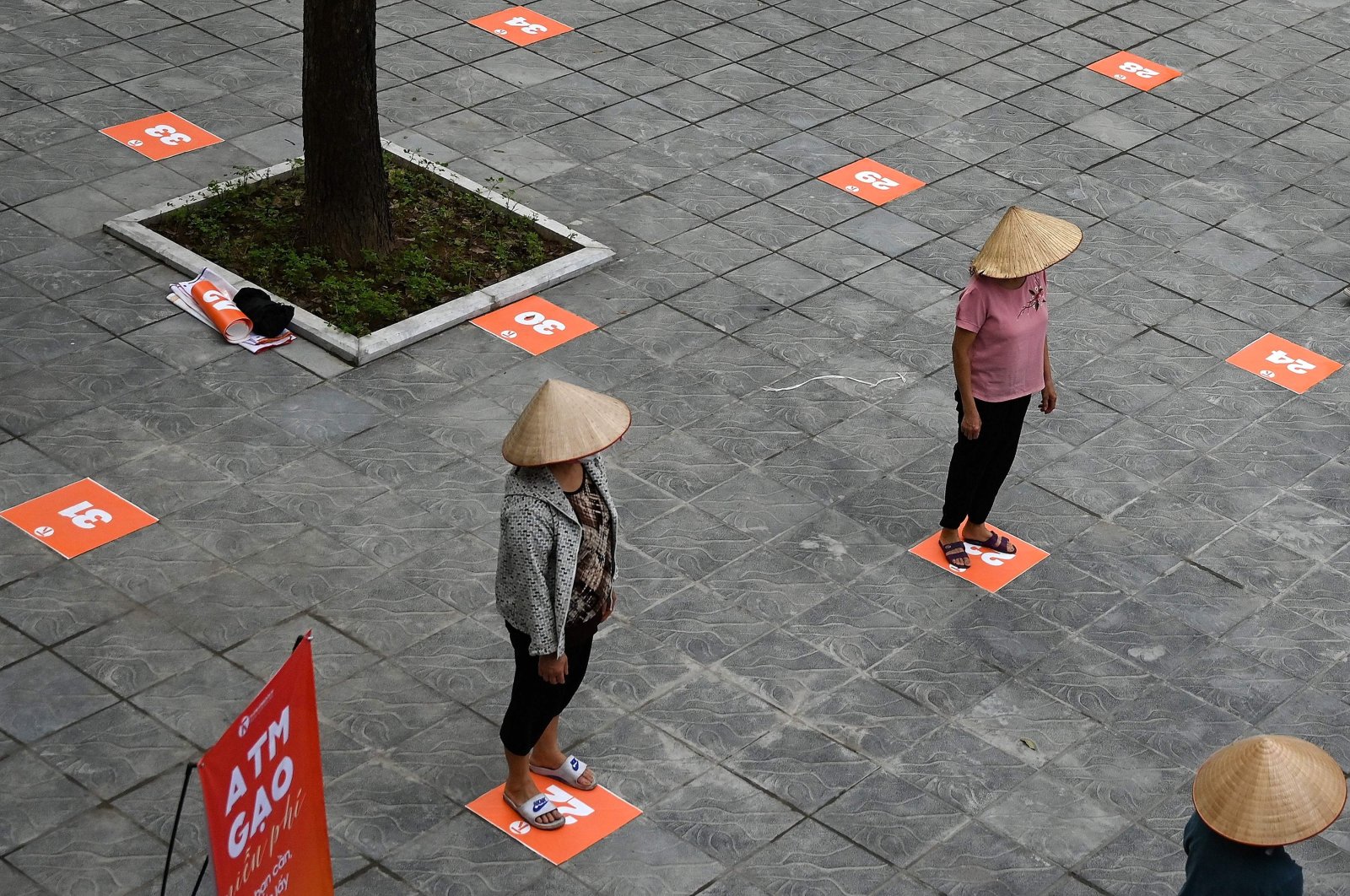 Despite sharing a border with China, Vietnam has, with a combination of early decisive action, extensive testing, vigorous quarantining and social unity, so far avoided the devastation seen in Europe and the U.S.

With coronavirus infections in the mere hundreds, Vietnam's response to the crisis has earned praise from the World Health Organization (WHO).

Official statistics show there are currently more than 75,000 people in quarantine or isolation. The country has so far conducted more than 121,000 tests, from which only 260 cases were confirmed.

As of yet, there have been no virus-related deaths, and infection rates remain significantly lower than in South Korea, Singapore and even Taiwan, nations that have all been widely praised in global media for their effective responses to the pandemic.

Kidong Park, the WHO's representative to Vietnam, believes the country's early response to the crisis was critical.

"Vietnam responded to this outbreak early and proactively. Its first risk assessment exercise was conducted in early January, soon after cases in China started being reported," Park says.

The country quickly established a National Steering Committee for COVID-19 Prevention and Control under the auspices of the deputy prime minister which immediately implemented a national response plan, Park adds.

Despite having a low number of confirmed cases, Vietnam entered nationwide lockdown on April 1, a far faster and more decisive response than that seen in Britain or Italy, where cases ran into the many thousands before public life was shut down.

Elsewhere, governments enforced lockdowns to cope with existing epidemics. Vietnam did so to prevent an avoidable national crisis.

Much of Vietnam's success can be ascribed to its social unity. Prime Minister Nguyen Xuan Phuc recently described Vietnam's efforts to contain the virus as the "spring general offensive of 2020," a deliberate reference to the crucial 1968 Tet Offensive carried out by the Viet Cong during the Vietnam War.

He isn't the only one drawing wartime parallels. Nguyen Van Trang, an economist in Hanoi, said her parents hadn't seen such levels of compliance, discipline and solidarity since the war.

Vietnamese schools have been closed since January, and mass quarantining began on March 16. Since then, tens of thousands of people entering the country from badly hit nations have been put into compulsory quarantine in vast military-style camps. By March 25, international flights ceased altogether.

There is no easing of these restrictions yet in sight. The vast majority of domestic flights, trains and buses have been halted, and anyone leaving Hanoi, the epicenter of Vietnam's outbreak, is quarantined upon arrival in almost any other province.

"Vietnam has not suffered a strong community spread so far, so the infected elderly are few," she said.

"Our patients are few so we have all the facilities, medicine and doctors to treat them. In addition, we have experience in developing disease treatment regimens," alluding to Vietnam's earlier brush with SARS, another coronavirus.

Vietnam was the first nation outside of China to confirm a case of SARS back in 2003; yet, it was also the first country confirmed by the WHO to have contained the outbreak.

"The first layer is the isolation and treatment at hospitals of people confirmed to have the (corona)virus or people with symptoms who are suspected of having the virus," Park says.

Anyone who has been in direct contact with a confirmed case faces mandatory quarantine, he added. This measure even extends to their contacts, who are then also required to self-isolate.

In a final layer, communities, streets or buildings where cases have been confirmed are also quarantined, he said.

At times Vietnamese responses to the crisis have been severe. Official signs in Ho Chi Minh City warn that those not wearing a face mask who are found to have infected another person with a dangerous disease could face up to 12 years in prison.

On March 10, a Vietnamese man was handed a nine-month prison sentence for aggressively refusing to wear a mask.

Yet though these strict measures have so far translated into a relatively successful outcome, it remains to be seen whether Vietnam or other nations with similar responses are able to contain the spread of the virus in the long run.

"We cannot make predictions, but we can say that the course of the pandemic will be determined by the actions that countries, including Vietnam, are taking now," Park said.