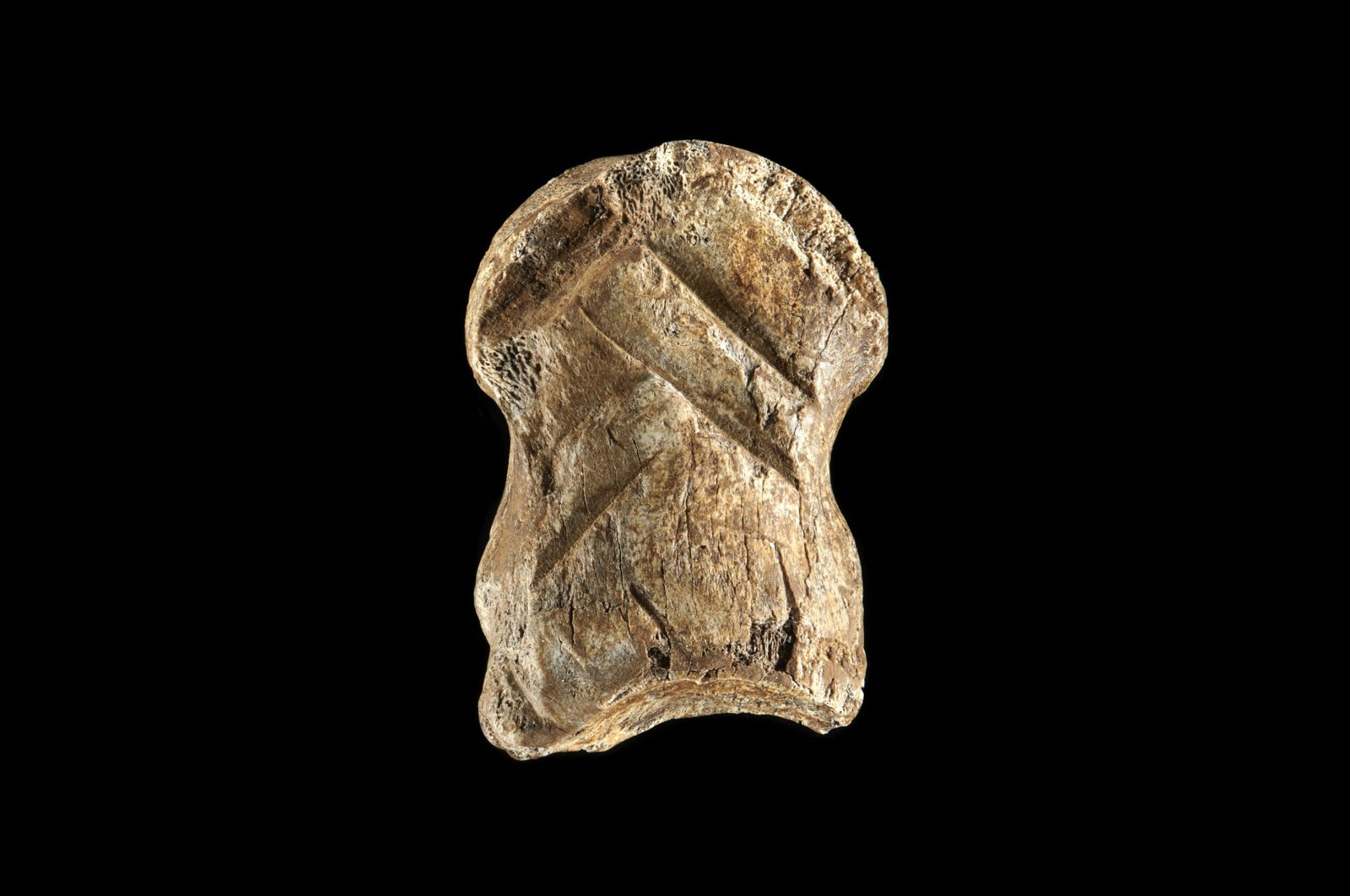 Outsider art of ostriches turns into ‘Reflection’ of human mind

Who said art was a new concept? It is now possible to find evidence proving that artistic expression was an existing concept even 50,000 years ago. Recently, a chevron pattern has been found etched onto a deer bone implying that Neanderthals had room for art in their culture, scientists said Monday.

The engraving, discovered at a German cave where Neanderthals lived tens of thousands of years ago, has no obvious utility according to researchers who say the artifact sheds new light on the ill-fated species' capacity for creativity.

The vast majority of Stone Age artworks discovered in Europe are attributed to Homo sapiens and experts have long suggested that Neanderthals, among our closest relatives, only began creating symbolic objects after mixing with them.

But using radiocarbon dating, archaeologists determined the recently-unearthed artifact to be at least 51,000 years old – pre-dating the arrival of Homo sapiens in central Europe by some 10,000 years, according to the research published in the journal Nature Ecology and Evolution.

"The cultural influence of H. sapiens as the single explanatory factor for abstract cultural expressions in Neanderthals can no longer be sustained," the study says.

Dirk Leder, one of the authors and a researcher at the Lower Saxony Office for Heritage Department of Archaeology, told Agence France-Presse (AFP) that the bone clearly represents a means of expression.

"We are very convinced that communicates an idea, a story, something meaningful to a group," he said.

The carved fossil was found at a well-known archaeological site called Einhornhoehle – or "Unicorn Cave."

Located in the mountains of central Germany, treasure hunters searched there as early as the Middle Ages for what they believed to be unicorn fossils.

It was in the 1980s that scientists first found evidence of an Ice Age Neanderthal settlement at Einhornhoehle and the new bone is from a dig under a collapsed entrance to the cave where artifacts were discovered in 2017.

The bone, from the foot of a rare extinct giant deer, is about half the size of a deck of playing cards (about 5.5 centimeters long, 4 centimeters wide) and 3 centimeters thick.

Six diagonal intersecting lines intentionally carved into it form a kind of chevron design that covers much of one surface.

"The item is of no practical use," notes the study.

"Instead, the geometric pattern itself constitutes the central element."

The study reports that a series of experiments attempting to recreate the object using cow bones shows that it was probably boiled once or twice before it was sculpted with flint.

"The complex production process leading to the creation of the incisions, their systematic arrangement and the scarcity of giant deer north of the Alps, support the notion of an intentional act and of symbolic meaning," the study says.

The researchers said that a few discoveries from the same period attributed to Neanderthals include flint pieces, bedrock and teeth intentionally marked with cross-hatch or zig-zag marks.

The deer bone, however, stands out as "one of the most complex cultural expressions in Neanderthals known so far," it says.

Leder said that unlike the art of Homo sapiens the various marked objects attributed to Neanderthals are not really comparable to each other, perhaps because their populations lived in smaller, more spread-out clusters.

"It seems to support the idea that within the population communicating with these things, the meaning of the symbols was not transmitted to the next generation or just died out," he said.

But the fact that the new find predates Homo sapiens means Neanderthals might have left a more enduring legacy.

"The idea was always that the great Homo sapiens was giving intelligent ideas to other species," said Leder.

"In the past few years a handful of papers are pushing the idea that it could have been other way around," he said.

In June, scientists made another discovery that could fundamentally alter our understanding of human evolution: the skull of a large-brained male that was preserved almost perfectly for more than 140,000 years.

The find in northeastern China dubbed "Dragon Man" represents a new species of ancient people more closely related to us even than Neanderthals.

Outsider art of ostriches turns into ‘Reflection’ of human mind