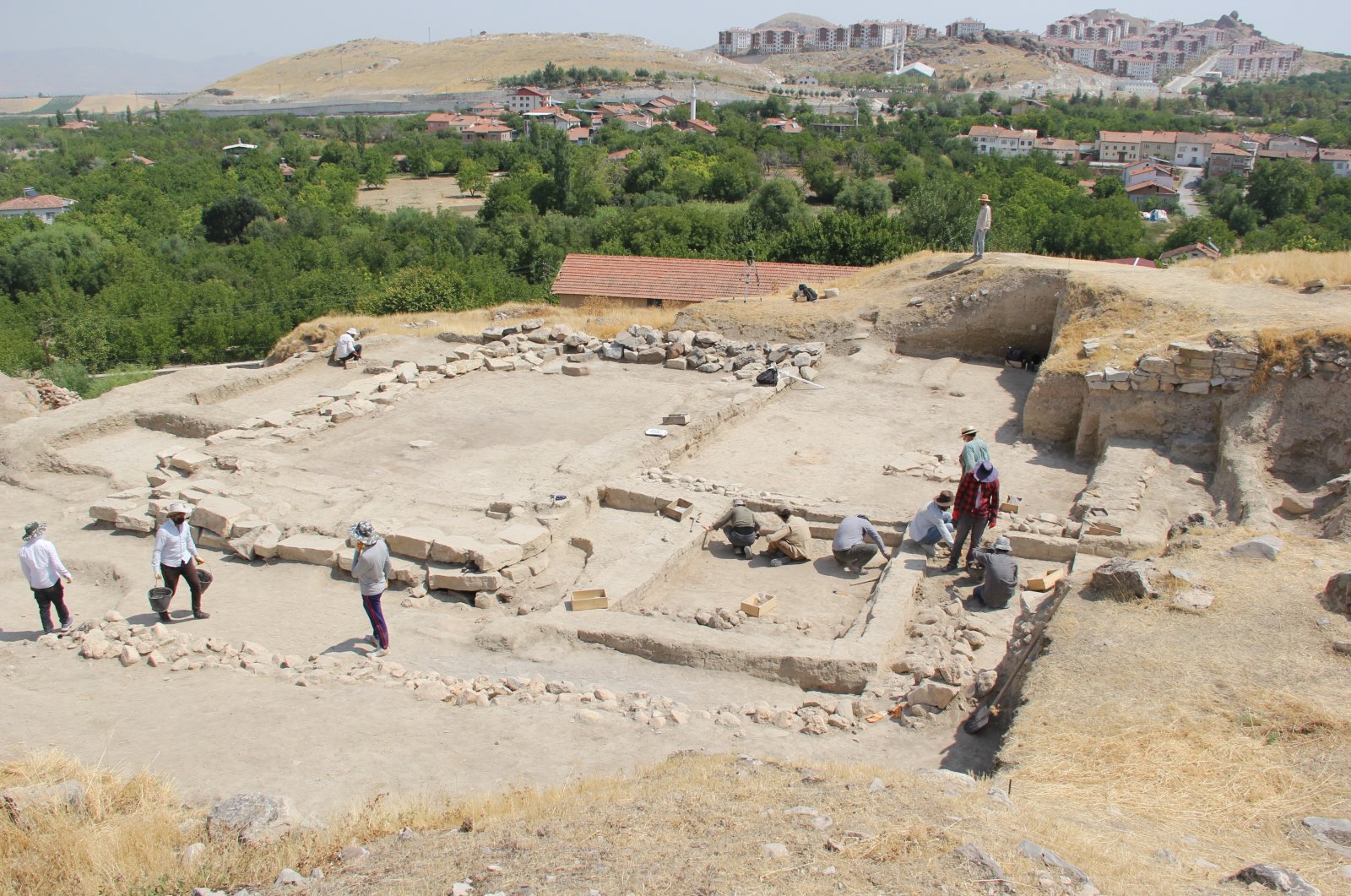 In the archaeological site of Arslantepe, which is 7 kilometers (4.34 miles) away from eastern Turkey’s Malatya province, 28 tombs thought to date back 1,000 years and the remains of four houses that are estimated to be 5,500 years old were found.

One-third of this year's excavations have been completed in Arslantepe, which was recently included in UNESCO's Cultural Heritage Permanent List.

The Arslantepe archaeological site served as a settlement from 5,000 B.C. to the 11th century A.D. It was used as a Roman village during the fifth and sixth centuries A.D. and later served as a Byzantine necropolis. The site hosts various findings related to the birth of a state system and the transition from an egalitarian social structure to a hierarchical one. In excavations in past years, the world's first rain drainage line, a mud-brick palace, sculptures of lions and an overthrown king, and more than 2,000 seals were unearthed in Arslantepe.

Excavations in Arslantepe started this year on Aug. 10 with a team of 55 people. As part of the recent works in the site, 28 tombs estimated to date back 1,000 years and to the medieval period were discovered. On the side of this area, the remains of four houses, which are thought to be from 5,500 years ago, were found side-by-side as well.

Head of the Arslantepe Archaeological Site Excavation Committee associate professor Francesca Balossi Restelli stated that the inclusion of Arslantepe on the UNESCO Cultural Heritage Permanent List was the best result they expected from their studies. “Now we want to understand the history of this site before the construction of the palace here. We want to understand how the administration and state system were born. That's why we work in this field.”

The excavation team estimates that many more objects will be found in the area as the excavations continue toward the interior of the houses.