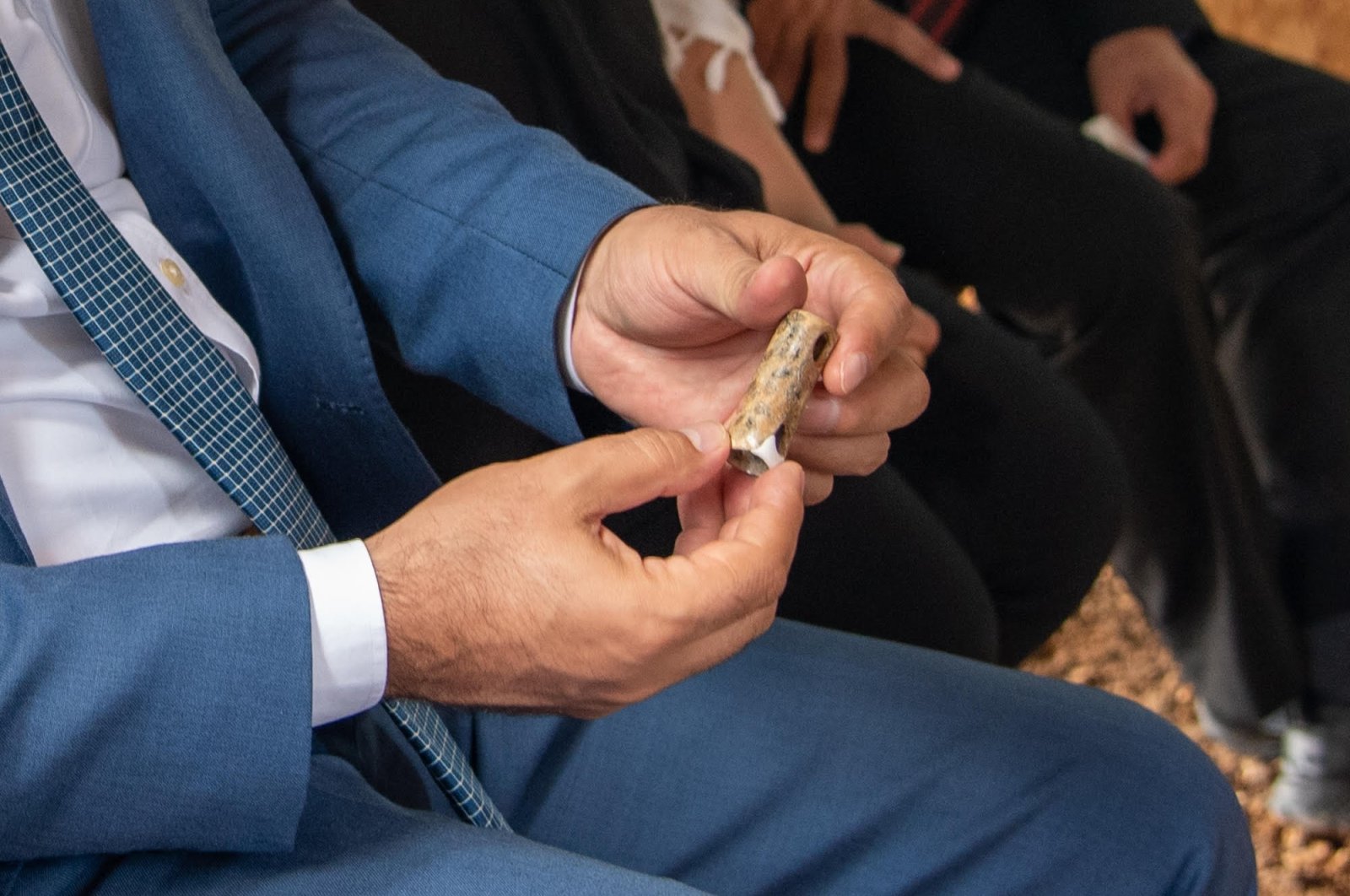 A bone musical instrument dating back to 8,500 years ago was unearthed at an excavation site in the Bahçelievler neighborhood of northwestern Bilecik province. It is stated that the finding may be the first known musical instrument found in Anatolia.

After a resident informed the Bilecik Archaeology Museum about some ceramic pieces that he saw in an empty field in the neighborhood, excavation was started in the area with the support of the Governor's Office and Bilecik Şeyh Edebali University (BŞEÜ) Rectorate. Eleven human skeletons dating back to 9,000 years ago and seeds such as einkorn wheat, emmer wheat, barley, lentils and buckwheat were found during the excavations.

In addition, archaeologists unearthed a bone object that looks like a flute or whistle during their work. Associate professor Erkan Fidan, a lecturer at BŞEÜ Archaeology Department, said that the instrument has two holes on one side and one on the other side. Noting that these holes are smaller than 1 centimeter in diameter, Fidan added: “After the restoration and print analysis on the object, we are planning on starting a project to play the instrument.”

The lecturer also noted that these kinds of instruments are common in the Turkic world. Turkic scholar Mahmud Kashgari named this wind instrument “tütek” in “The Diwan Lughat al-Turk,” the first comprehensive dictionary of Turkic languages.