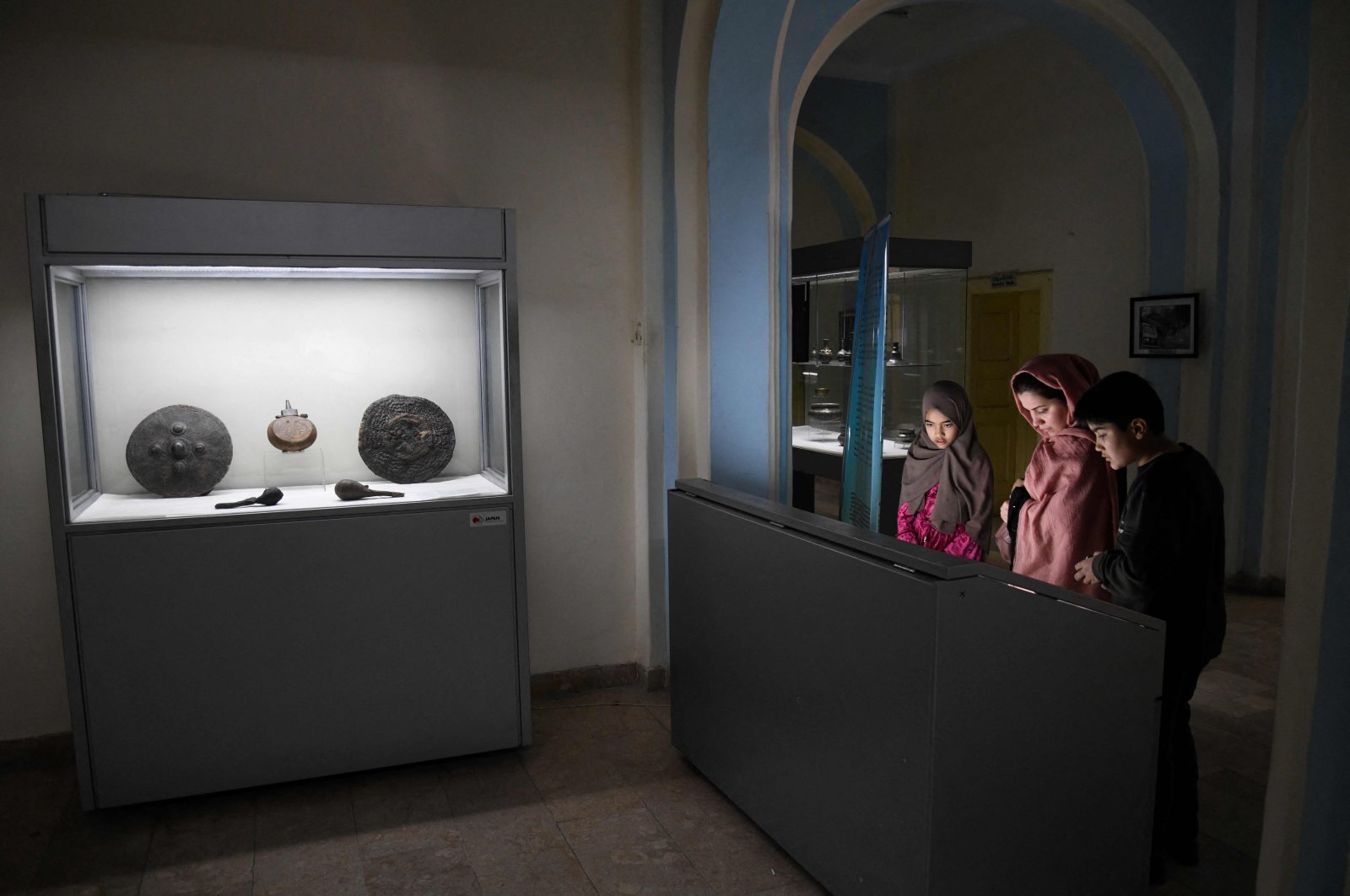 The National Museum of Afghanistan, which was once ransacked and closed down by the Taliban, is hosting visitors again featuring its large collection of artifacts. And what's more, the museum is also exhibiting pre-Islamic artifacts from its collection with the blessing of the hardliners.

A trickle of citizens made their way around the sprawling exhibit rooms in Kabul when Agence France-Presse (AFP) recently visited, marveling at treasures ranging from painted Stone Age pottery to ancient coins and religious items.

"It's inborn in humans that they attach value to their history," said Rahmatullah, 65, after intently examining a collection of 2,000-year-old swords. "I wanted to know more about the history of my country. It has a special place in my heart."

The museum reopened in late November with permission from the Taliban's new ministry of information and culture, around three months after the group retook power and ended their two-decade insurgency.

Some artifacts on display are fundamentally at odds with the Taliban's radical ideology, including pottery collections featuring images of animals and humans.

During their first 1996-2001 rule, Taliban fighters destroyed items, including statues at the museum, while tens of thousands of items were looted and never recovered. In that period, the group also blew up 1,500-year-old giant statues of the Buddha in the central Bamiyan valley.

But Taliban fighters now guard the museum and its treasures from potential attack by Daesh insurgents.

According to chief curator Ainuddin Sadaqat, there has been no attempt to restrict what is on display. Only "15% to 20% of exhibits are of Islamic heritage," the 35-year-old told AFP. "We also have visitors from the Taliban," who sometimes come to tour the museum in large numbers, Sadaqat said.

The reopening comes as the hardline Taliban group is trying to project a more moderate image while seeking to unlock billions of dollars in international aid suspended since the fall of the Western-backed government and for sanctions to be lifted.

The museum also boasts a collection of 18th and 19th-century jewelry.

"I came here to see the jewelry – what it looked like in the past; the necklaces, earrings," said Zohal, 24, who only gave her first name. "I wanted to see the difference between the jewelry of the past and what we have now," she said, who works for the Norwegian Refugee Council.

Visitor numbers are well below the hundreds who used to visit daily under the previous regime – a time when numbers were high due to busloads of children.

"For the moment, the cultural policy of the Taliban toward artifacts does seem very positive and realistic," said Philippe Marquis, who formerly headed the French archaeological delegation in Afghanistan.

Future policy "will probably depend on the reaction of the international community" to Taliban pleas to restore suspended aid, he added, with the risk that withholding such assistance will result in backsliding in culture and other policy areas.

Another key cultural institution, the Afghanistan National Institute of Music, remains closed. Its director, Ahmad Naser Sarmast, fled the country along with hundreds of staff members, students and their families.