Ancient Beçin mosque to open for worship in SW Turkey 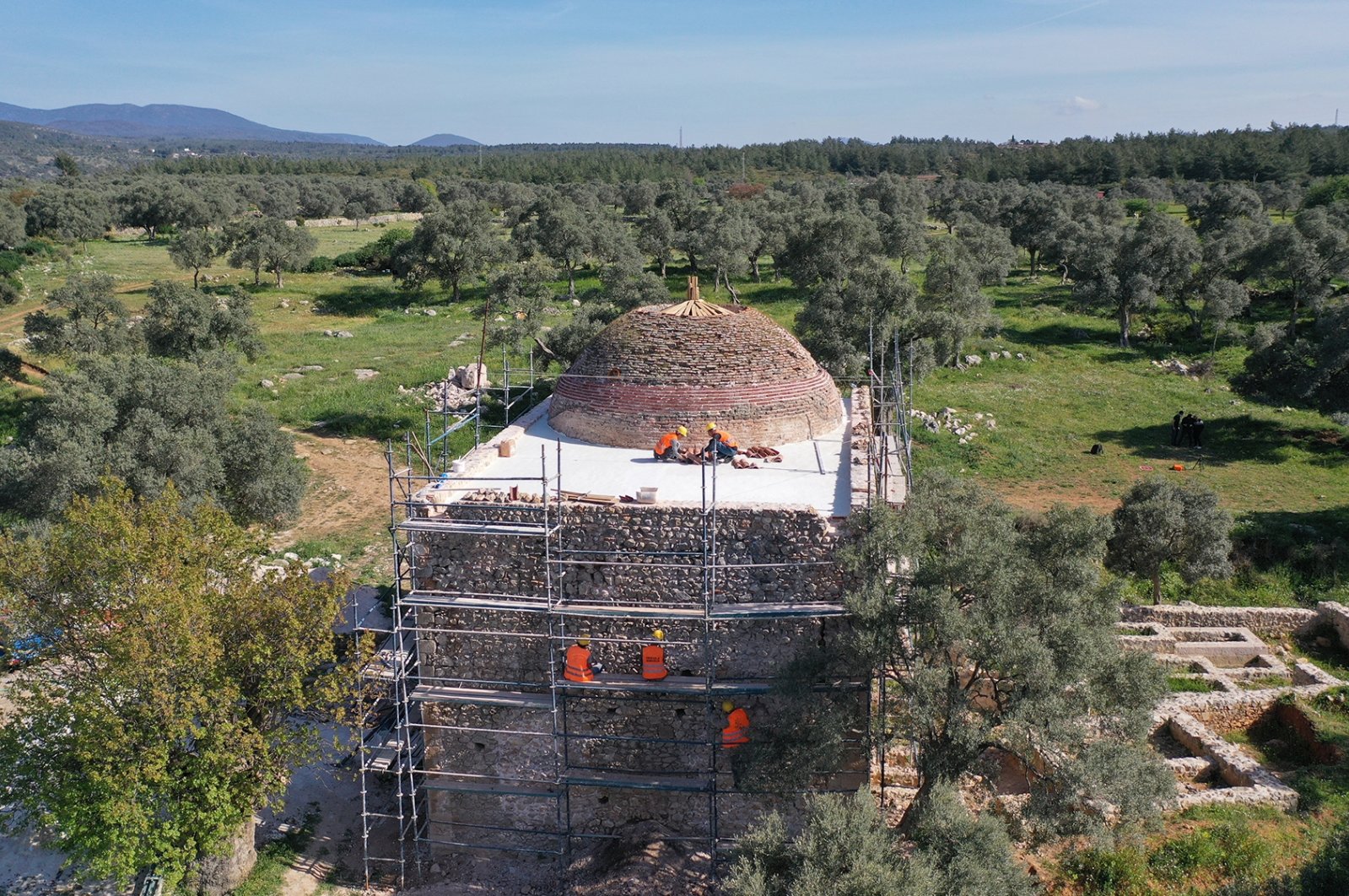 Restorers work on the exterior facade and dome of the Yelli mosque in the ancient city of Beçin, Muğla, southwestern Turkey, April 20, 2021. (AA Photo)
by Anadolu Agency Apr 21, 2021 10:30 am
RECOMMENDED

The 600-year-old Yelli mosque in the ancient city of Beçin, which is located in the Milas district of southwestern Turkey's Muğla province, is undergoing a comprehensive restoration. While excavation work still continues in the ancient city, the Yelli Mosque will regain its former glory and open to worshippers after restoration.

Professor Kadir Pektaş, head of the excavation team at Beçin, told Anadolu Agency (AA) that the restoration process is continuing in the city, which dates back to 2000 B.C. and earned its importance when it served as the capital of the Anatolian Menteshe Beylik (Principality) in the 13th and 14th centuries. Pektaş said they are planning to reopen Yelli Mosque, the largest building in a complex comprising a madrasa and a bath in the ancient city.

According to Pektaş, the Yelli Mosque was one of the striking structures not only in the ancient city but also in the whole of Anatolia at the time. Noting that the mosque became unusable over time due to some factors caused by both natural events and people, the professor added: "Our restoration work continues meticulously with the funds we receive from our Culture and Tourism Ministry. As part of the restoration work we have carried out with local materials in accordance with the original, the cracks in the mosque were reinforced with an 'architectural stitching' technique.”

Noting that they discovered exciting architectural details about the mosque during the restoration work, Pektaş said they found that the transitions to the mosque's dome were provided with triangular belts and that many earthenware jugs were placed in the interior walls to relieve the dome load and provide the acoustics in the building.

He said the survival of the building despite major earthquakes in the region was due to the outstanding architectural success of that period.

The archaeological site in Beçin has been systemically excavated since 1972, and in 2000, a hoard of coins, 60,000 of which are from the Ottoman period, was found. "It is not only the largest hoard that has ever been found in Turkey in archaeological excavations but also the largest cache of Ottoman coins that has ever been found," said UNESCO. Historical artifacts and ruins, including a 700-year-old cistern, were also among the important finds in the ancient city.

Many surviving structures in Beçin were meticulously renovated in the past. The restored historical Bey Bath and an ancient castle fountain with pointed arches built during the Menteshe Principality stand out among them.