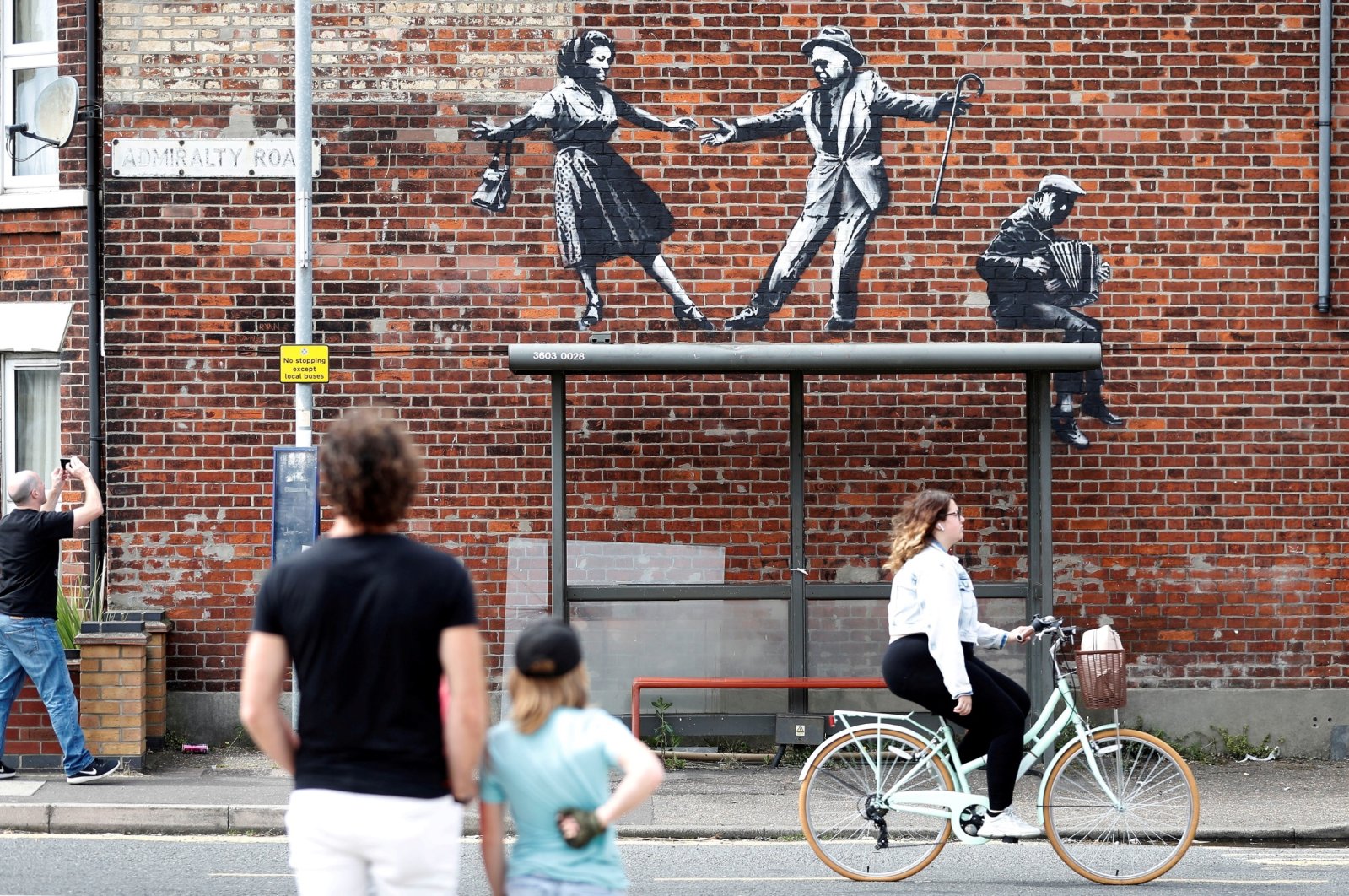 Banksy, Britain's most famous street artist, confirmed Friday what many had already suspected – that he is indeed the author behind a number of street works that have appeared recently in the British seaside towns of Suffolk and Norfolk.

An Instagram video clip, just over three minutes long and entitled "A Great British Spraycation," shows the elusive artist taking a summer road trip in a beat-up camper van with cans of spray paint stashed in a cooler.

In one work on the concrete sea-defense wall of a British beach, a rat lounges in a deckchair, sipping a cocktail.

In another, sticking to the seaside theme, a mechanical claw dangles above a public bench – as if anyone who sits there is about to be plucked up like a prize in an arcade game.

Another shows a giant seagull swooping down to snatch some outsized chips (French fries) from a waste skip or dumpster.

A fourth, in Nicholas Everitt Park, shows three children in a rickety boat. One looks ahead while another is busy bailing out water with a bucket.

Above them, appears the inscription: "We're all in the same boat."

On the roof of a bus shelter, a couple also dances to the tune of a flat-capped accordion player, in a black and white painting evoking the faded, down-at-heel feel of many of the country's once-prosperous seaside resorts.

In recent years, the Bristol artist, who cleverly maintains the mystery of his identity, has kept the attention of the contemporary art world with his social commentaries and causes – migrants, opposition to Brexit, denunciation of Islamist radicals – as well as stirring the excitement of the moneyed art markets.

The proceeds went to a hospital charity, Christie's auctioneers said at the time.