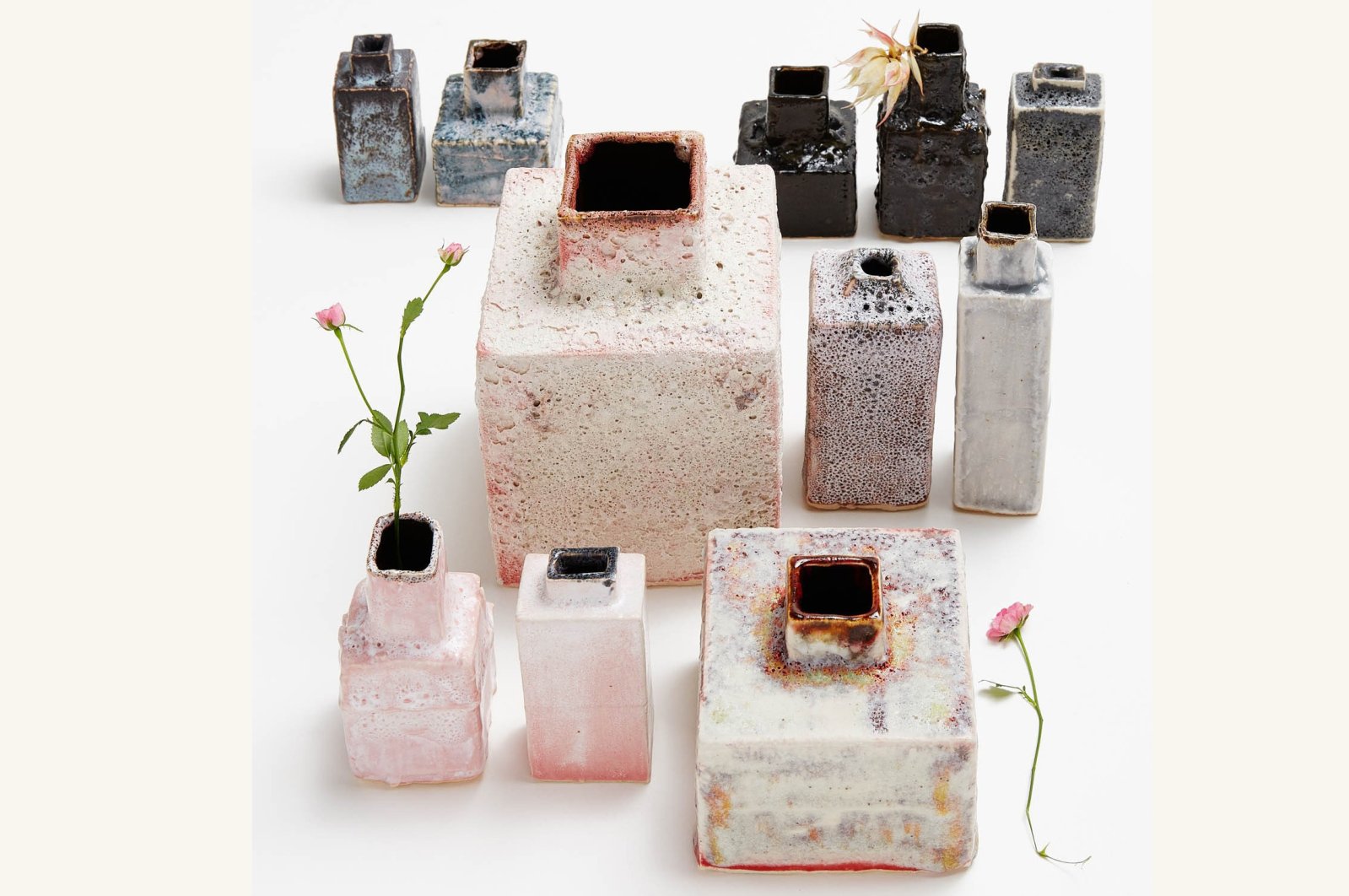 Volcanic eruptions taking place all over the world have inspired artists and craftspeople to create unique decorative designs.

Scores of volcanoes are spewing now, from Indonesia to Alaska, Italy to Iceland, Russia to Indonesia, according to the Smithsonian Institution’s Museum of Natural History.

Historically, artists and craftspeople who live in volcanically active regions have embraced the magnesium- and iron-rich igneous rocks.

"It’s a rock that’s easily accessible, sitting near to the earth’s surface. It’s self-generating and exceptionally tough,” says design critic and former editor of Wallpaper magazine Laura Houseley. So tough that ancient Romans used it to make concrete for the Pantheon, and to create seawalls.

You might not have the opportunity to see a current lava show, but there’s a lot of great volcano-related stuff for the armchair volcanologist.

The Icelandic store Grapevine has eye-catching casual wear, cups, posters and laptop sleeves printed with images of the Fagradalsfjall volcano, taken by photographer Art Bicnick. An overhead photo of the volcano, taken in March shortly after it began to erupt will bring Mordor to mind for "The Lord of the Rings” fans.

Agusta Arnardottir of the Reykjavik- and London-based studio Vikur crafts modern minimalist jewelry out of silver, gold and small pieces of pumice (vikur is the Icelandic word for pumice) from the base of Hekla, one of the island’s recurrent volcanoes. There’s a photo on the studio’s Instagram page of Arnardottir clambering over Hekla’s debris field, bags of pebbles in hand.

Gjoska, a design firm and shop in the Icelandic countryside, offers a beautiful sweater with a background of basalt-hued gray and fiery orange and red sliver tumbling down the front. They’ve got hats and other garments with the design, too.

Los Angeles-based architect Gulla Jonsdottir has designed a collection of furniture inspired by the landscape of her Icelandic homeland. Her Volca table is a solid rectangle of alabaster, with a fissure of rose gold transecting the surface. A bar stool perches on polished rose gold legs, the leather seat enveloped in oil-rubbed bronze that’s been carved to look like the silhouette of molten rock. The Lava table perches a fold of bronze on a raw-edged chunk of marble, as if the molten rock had seized and stopped in mid flow.

Signature Hardware offers a couple of elegant vessel sinks suitable for bath or powder rooms. Both the round Loa and square Mauna are carved of a single piece of andesite, a type of volcanic rock found in areas of Asia, the Caribbean, Central America and the Pacific Northwest.

CB2’s set of Loa drink coasters, and their Hilo tray, are crafted of Indonesian lava stone. The tray has a checkered pattern achieved through melding the stone with resin. Also at CB2, a striking piece of wall art carved from Philippine volcanic ash; Athena’s angular folds and creases make it look like origami.

Artisans in Tecali, Mexico, have been carving volcanic stone into building facades and objects for generations. Online shop Maison Numen carries hand-carved molcajete, or mortar and pestle, and a platter that would be a nice piece for entertaining.

If you’re interested in collectibles, sites like Etsy.com have some great examples of midcentury ceramics made by Iceland’s Glit Pottery. The studio, founded in the 1950s, was known for incorporating pumice, lava rock and ash into their glazes, creating an unusual juxtaposition between the polished, colorful ceramics and the natural volcanic material.

Former banker-turned-ceramicist Bjarni Sigurdsson uses a similar technique in his work; for his Ash Cloud vase collection, he added cinders from the 2010 eruption of Eyjafjallajokull to the finishing glaze.