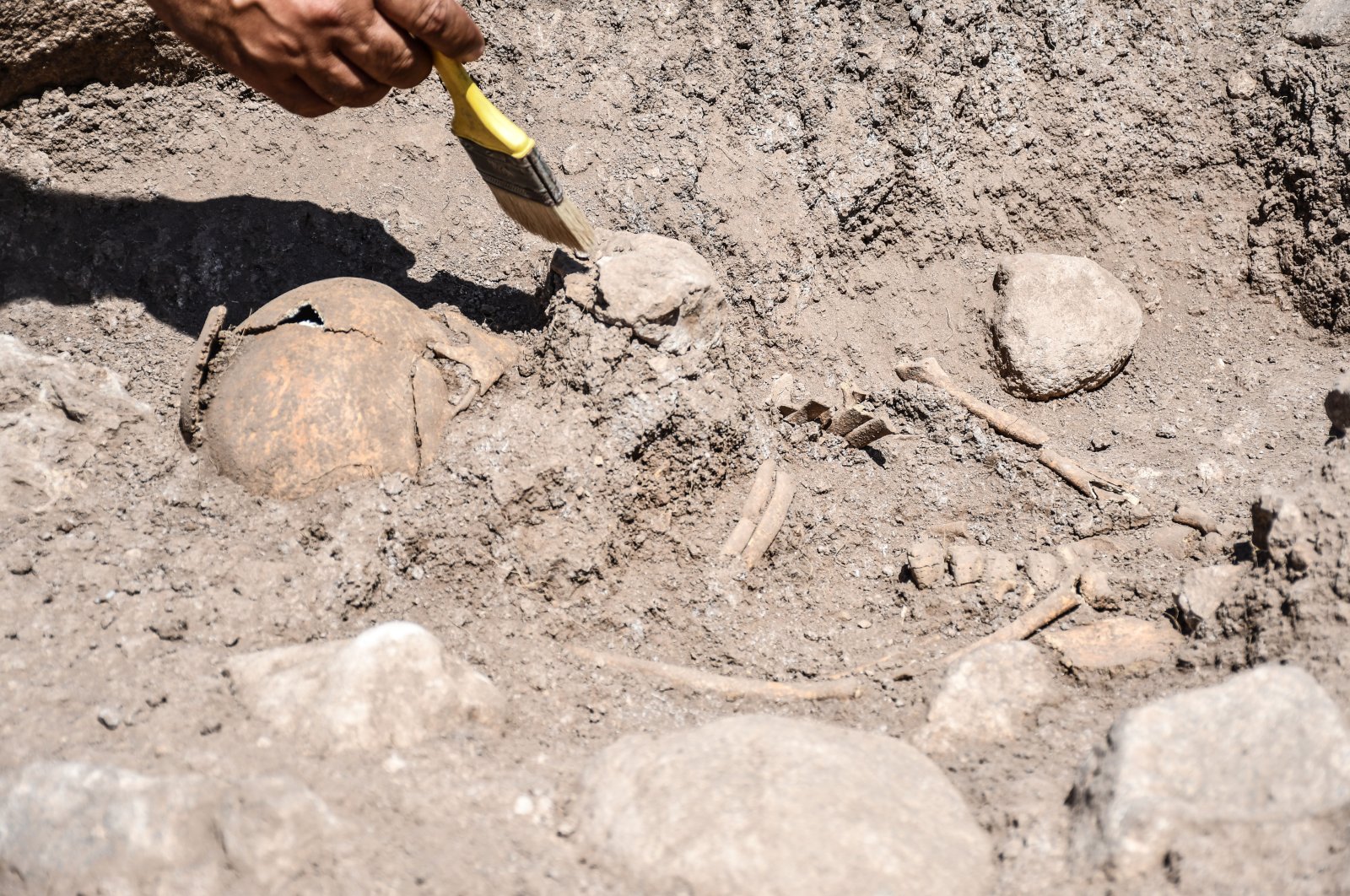 The recent excavations at Domuztepe Mound in the Türkoğlu district of southern Kahramanmaraş province unearthed the skeleton of a child from the Middle Ages.

The archaeological digs at the site have been continuing under the leadership of associate professor Halil Tekin of Hacettepe University's Faculty of Letters and Archaeology Department in coordination with the Ministry of Culture and Tourism.

While excavations continuously reveal new findings, the latest unveiled the remains of a child that date back nearly 600 years.

Excavation head Tekin told Anadolu Agency (AA) that Kahramanmaraş has hosted many civilizations throughout the ages. Noting that the Domuztepe Mound bears traces of many cultures, Tekin continued: “We see a stone age settlement that started 9,000 years ago in one part of the mound while traces of Muslim and non-Muslim communities during the Late Roman and Byzantine periods are also available in another part.”

According to the associate professor, the findings are proof that the mound continuously hosted settlements throughout history. Elaborating on the latest find, a grave belonging to a 3- or 4-year-old child from the Middle Ages in the Neolithic settlement of the mound, Tekin said: "There was probably a non-Muslim settlement in the Middle Ages here. When they had a deceased baby, they buried them in the mound. However, they weren’t aware that the mound was a historical place that hosted civilizations from the Neolithic period, the final division of the Stone Age. Therefore, they took the Neolithic stones they found when they dug the ground. This explains why we found the child skeleton from Middle Ages into the Neolithic architecture.”