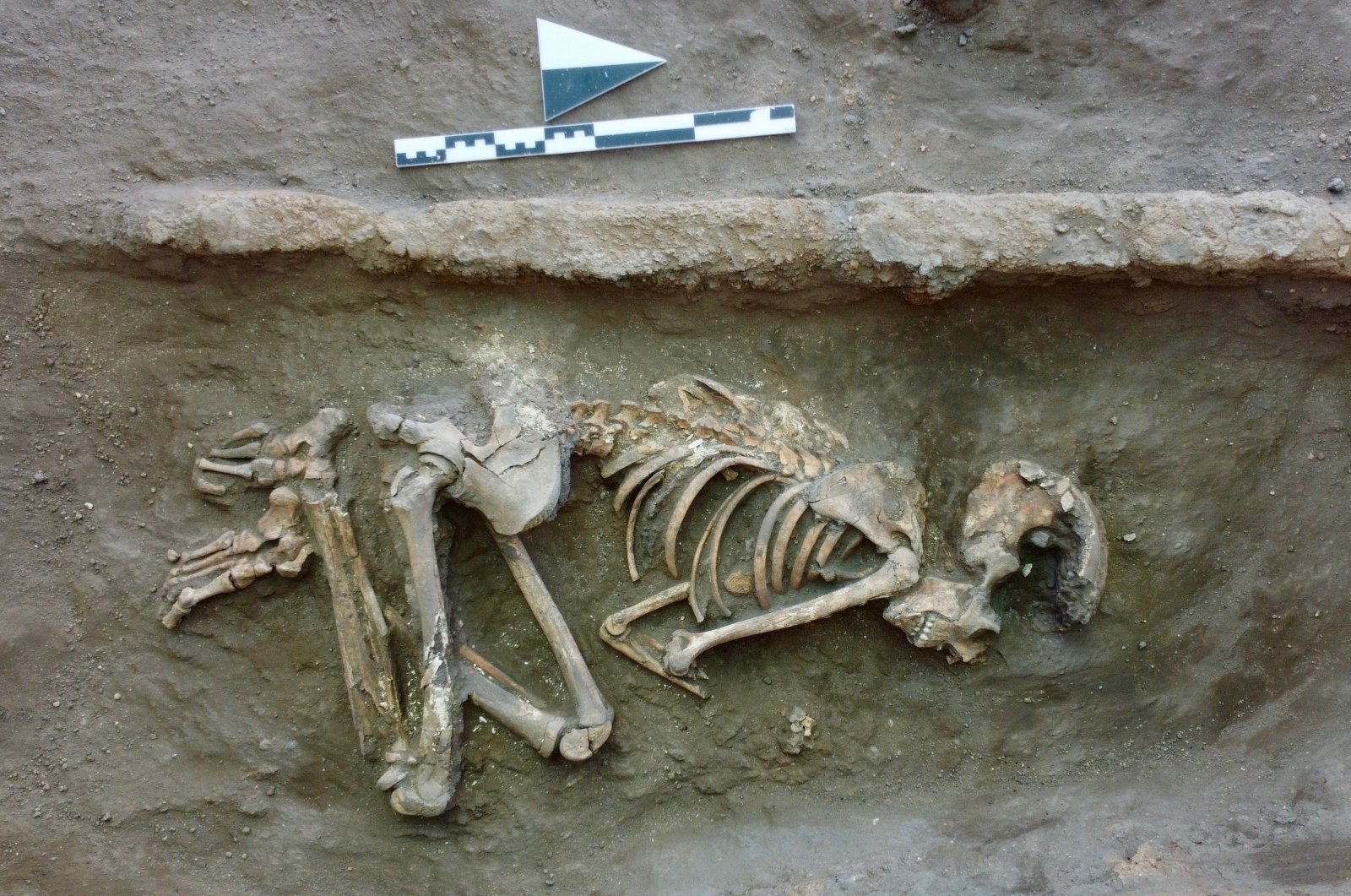 Works have been carried out since 1996 to bring history to light in Küllüoba, which was inhabited uninterruptedly for 1600 years during the Bronze Age. A team of 35 faculty members and students from Hacettepe and Batman universities have been working on the excavations of the mound under the leadership of Bilecik Şeyh Edebali University (BŞEU).

Searching for traces of the Bronze Age during the excavation, the excavation team recently identified a pithos burial site in Küllüoba. A pithos (plural pithoi) is a large earthenware storage container, which can sometimes be used to store the remains of bodies that are then buried.

During the studies in the area, 25 pithos burials, which are estimated to be 5,000 years old and determined to be children's graves, were unearthed. In addition to the skeletons of children, the pithoi contained seals, hair rings and jewelry.

Murat Türkteki, who holds a Ph.D. in Archaeology from Istanbul University and who is currently a faculty member in the BŞEU Archeology Department, heads the excavations. He told Anadolu Agency (AA) that they started the 2021 excavations on the mound earlier this month.

“We determined that pottery burial is common among the burial traditions here. We also found tomb types called stone cist in the area, although they are rare," Türkteki said. "We identified over 30 graves, 25 of which belong to children. In some of these pottery graves, we discovered findings that we call 'dead gifts.' Among these, we can count seals, hair rings and various jewelry. Child burials dating back to 3,000 B.C. were mostly placed in pots in the womb position.”