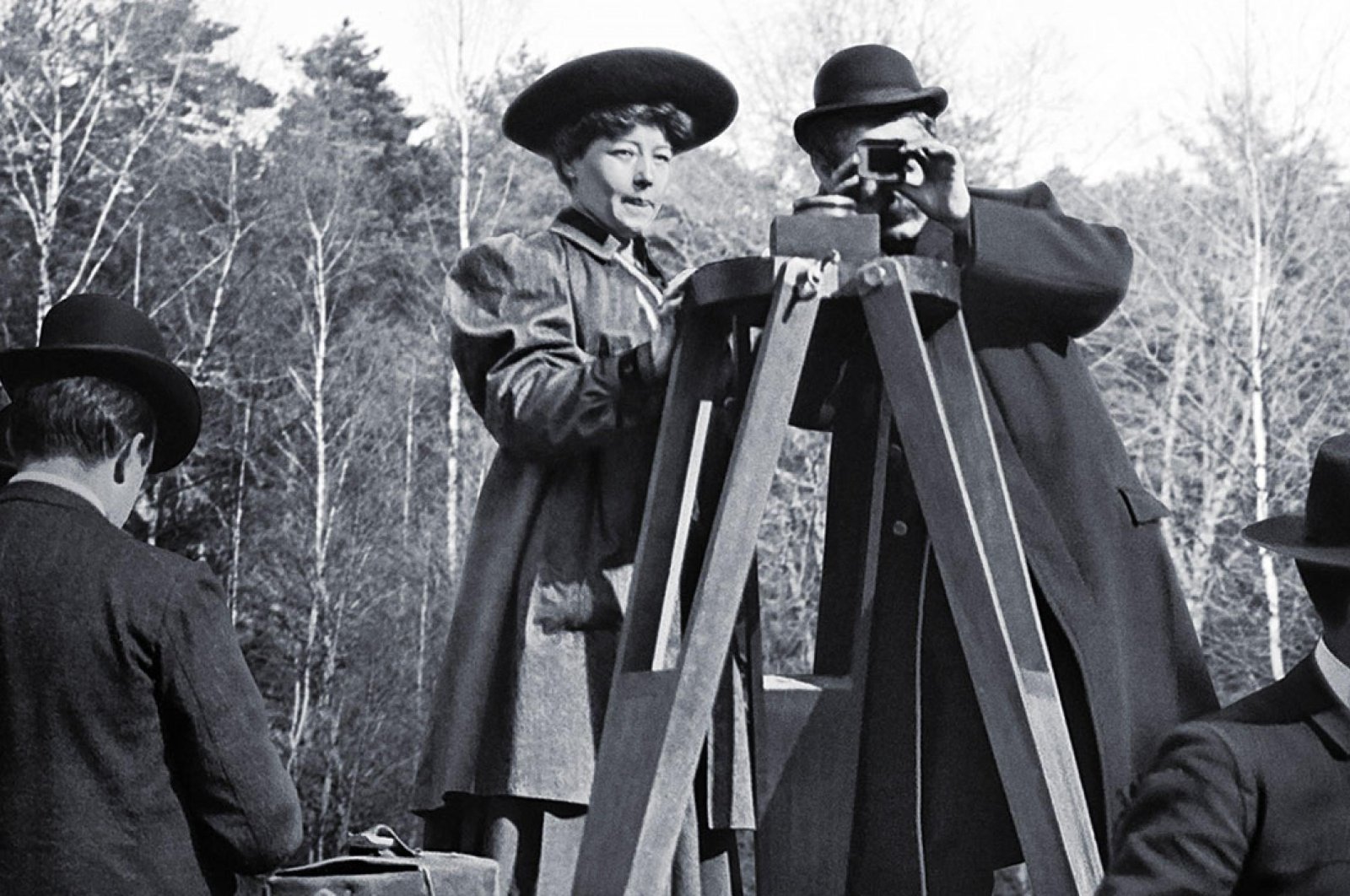 A photo of Alice Guy-Blache while directing, in a scene from "Women Make Film- A New Road Movie Through Cinema."
by DAILY SABAH Mar 19, 2021 1:25 pm
RECOMMENDED

Having made its world premiere at the Venice Film Festival and received the Award for Innovative Storytelling at the 2020 European Film Awards (EFA), the documentary tells the 40 golden rules of filmmaking under the guidance of Tilda Swinton, Jane Fonda, Adjoa Andoh, Sharmila Tagore, Kerry Fox, Thandie Newton and Debra Winger. Comprised of 40 chapters, it asks questions like how a great opening shot is done, how to frame an image, how to introduce a character, how to film dance and death, how work and love are portrayed in cinema and how the genres of comedy, melodrama and sci-fi work. Uniquely, all these questions are answered using only clips from films directed by women.

Most films have been directed by men in the history of cinema. But for 13 decades, and on all six filmmaking continents, thousands of women have been directing films too. They even produced some of the best films ever. What movies did they make? What techniques did they use? What can we learn about cinema from them? “Women Make Film: A New Road Movie Through Cinema” looks at film again through the eyes of the world’s women directors.

The famous female directors are included in the documentary but so are scores of forgotten women from every period in film history and every continent. While the production is a celebration of the art and craft of cinema, it is not a chronological history or a list of the best films. Instead, it answers practical questions like a film school of sorts, in which all the teachers are women.

It also provides an impressive archive to discover the ignored revolutionary works of hundreds of female filmmakers of Alice Guy-Blache, who shot the first fiction film in the history of cinema; Lotte Reiniger, the creator of the first animated film; Agnes Varda, one of the pioneers of New Wave, and Kathryn Bigelow, the first woman to receive the Best Director Award in 82 years of Oscars history.

This unique work will be available free of charge at Kundurama.