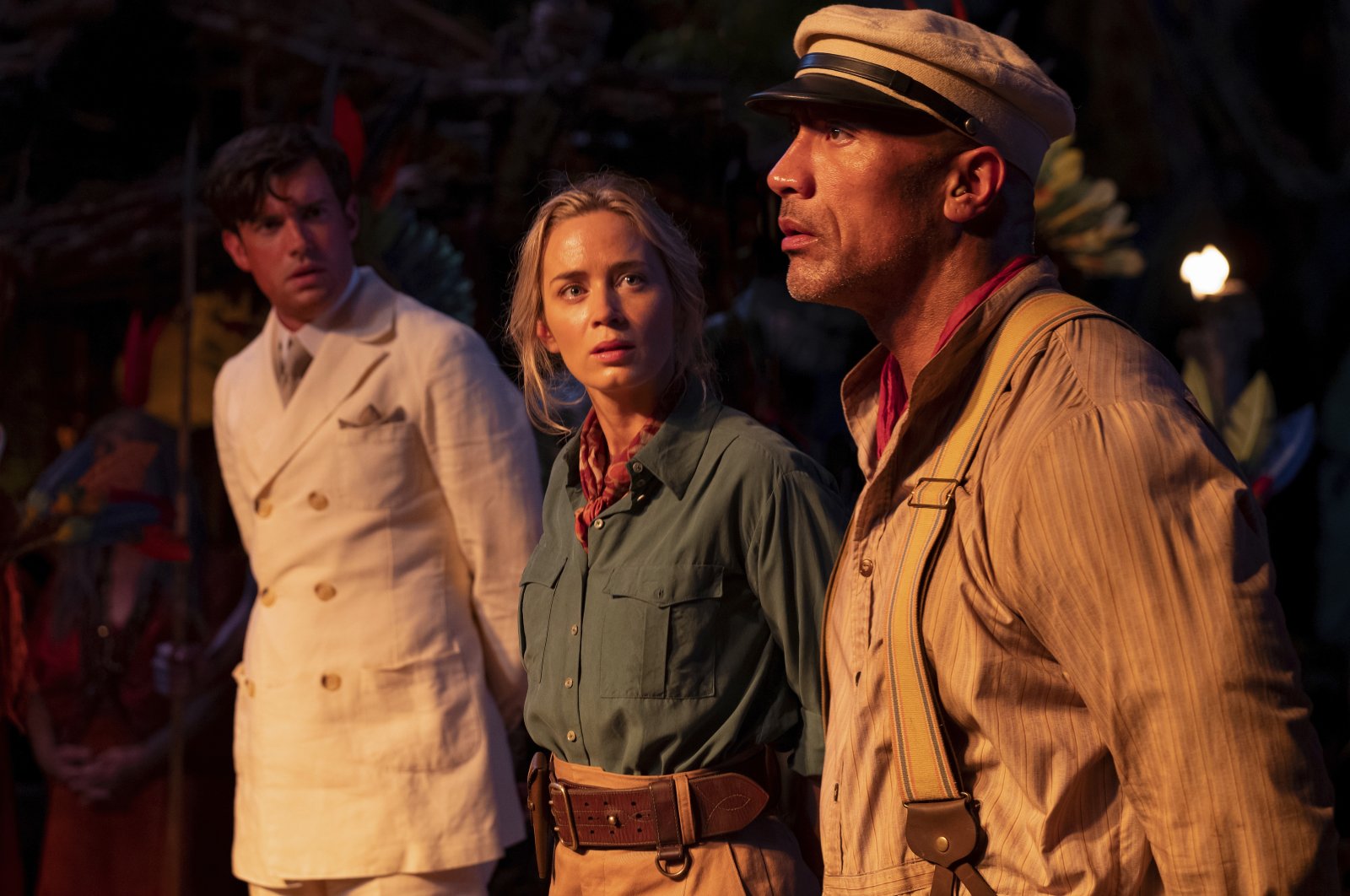 This image released by Disney shows, from left, Jack Whitehall, Emily Blunt and Dwayne Johnson in a scene from "Jungle Cruise." (Disney via AP)
by Anadolu Agency
Jul 30, 2021 11:54 am

Eight films, two of which are Turkish productions, are coming to movie theaters in Turkey this week.

Directed by Jaume Collet-Serra, "Jungle Cruise" is one of the most anticipated movies of the week. Starring Dwayne Johnson, Emily Blunt, Edgar Ramirez, Jesse Plemons and Jack Whitehall, the movie is written by Glenn Ficarra, Michael Green and John Requa. Adapted from the theme park of the same name in Disneyland, "Jungle Cruise" tells the adventure of Frank, a river ship captain, and scientist Lily. They face many difficulties – from wildlife to supernatural beings – while searching for the Tree of Life, rumored to possess infinite healing power.

Another adventure and action movie of the week will be "The Suicide Squad", directed by James Gunn – the director of the "Guardians of the Galaxy" films.

Directed by Kerry Harris, “Dreamkatcher” stars Radha Mitchell, Henry Thomas, Finlay Wojtak-Hissong, Lin Shaye and Jules Willcox. The horror and thriller movie is about the mysterious events that Gail, who is living alone with her stepchild Josh in their country house, must overcome after Josh receives a mystical talisman from the neighbors' house.

The U.S. production is about Link and his friends, who attracted attention with their performance on YouTube. As they move towards becoming mainstream, they also move away from their own personalities, causing conflicts to arise among them.

Directed by Chloe Mazlo, “Skies of Lebanon” stars Alba Rohrwacher, Wajdi Mouawad, Isabelle Zighondi and Mariah Tannoury in the lead roles. The French drama tells the story of Alice, who goes to lively, sunny Lebanon after leaving Switzerland, her boring home country. She falls in love with Joseph, who is a dreamer astrophysicist that wants to send two Lebanese to space. However, the civil war that breaks out after some happy years turns everything upside down.

Josh Lawson’s “Long Story Short” stars Rafe Spall, Josh Lawson, Ronny Chieng, Noni Hazlehurst and Dena Kaplan. The romantic comedy is about Teddy, who wakes up in the morning after his wedding and discovers he is jumping forward to the next year of his life every few minutes. Watching his future flash before his eyes, he must make every second count if he is going to win back the woman he loves.

Starring Haydar Şişman and Abdurrahman Gönan in the lead roles, “Uzak Ülke” (“Faraway Land”) tells of the experiences of Paris, a 12-year-old of Rum origin from Trabzon, and Major Osman through a story of migration.

“Bize Müsaade” (“May We Be Excused?”), directed by Giray Altınok, stars Fırat Albayram, Sami Aksu, Fatih Al and Ferdi Sancar. The production revolves around the story of three close friends who are a director, actor and screenwriter respectively.