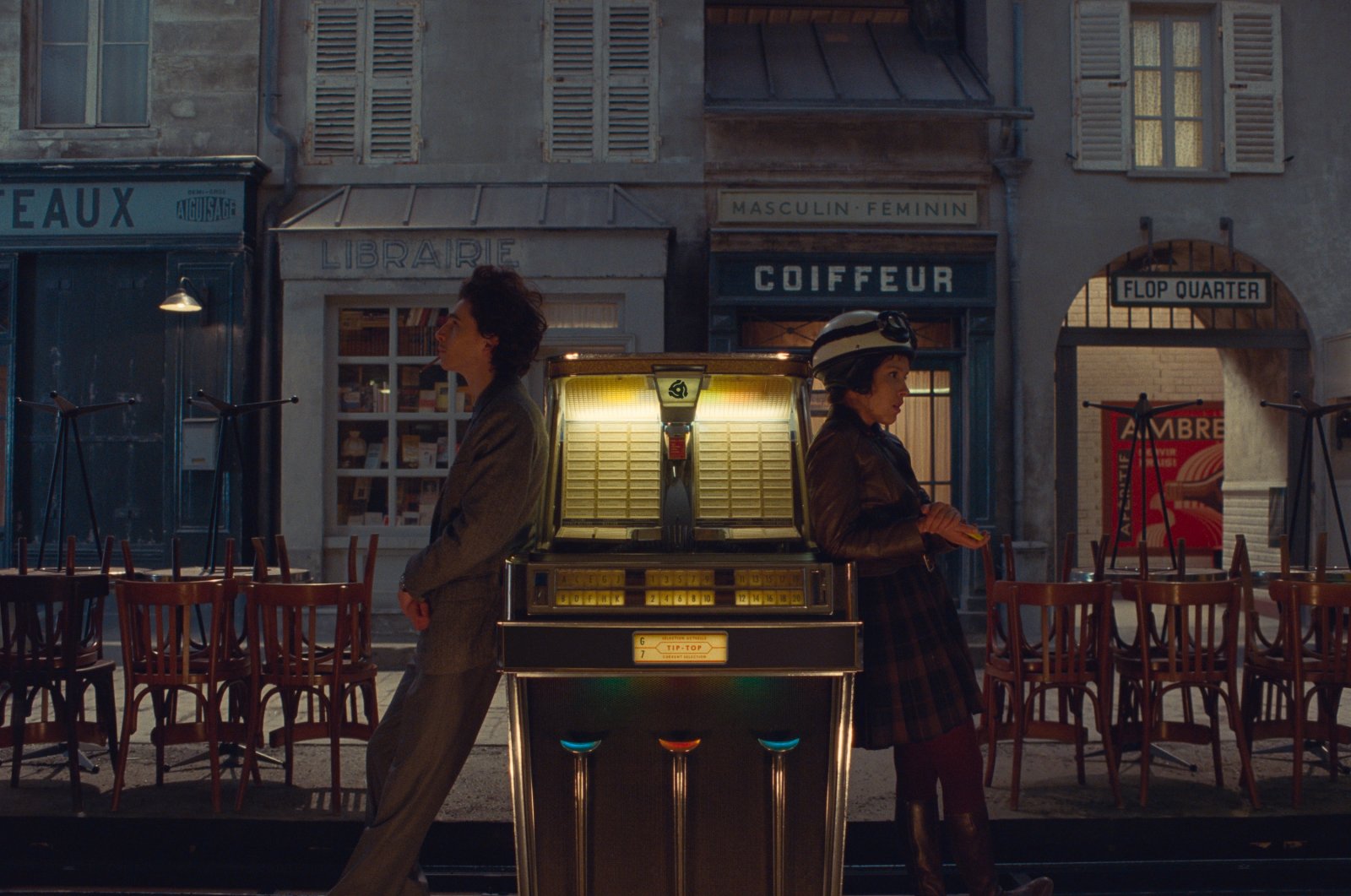 From 'Dark' to 'The Empress': German TV continues with hit shows

Cinephiles are used to seeing a whimsical use of the color palette in the movies of Wes Anderson as the director sees his films as giant paintings. His newest movie also brings warm colors and stunningly arranged scenes of the filmmaker back again, but this time in a story all about journalism.

“The French Dispatch,” a star-studded love letter to the press, is put together like a magazine – think glossy pages in his signature bright colors, with loving detail and wry humor.

It is an homage to classic print journalism – inspired by the New Yorker.

It's set in a fictional French town called Ennui-sur-Blase, words that translate as world-weary boredom, apathy and sophistication.

The town is home to the foreign bureau of the Liberty, Kansas Evening Sun newspaper, set up by Kansas-born Arthur Howitzer Jr. (Bill Murray).

He and his team produce and print the supplement where authors share views on art, culture, politics and society in France.

Howitzer has died, however, and his will decrees that The French Dispatch Of The Liberty, Kansas Evening Sun – the magazine's full title – should be discontinued.

His grieving staff, forbidden from crying in the office on Howitzer's orders, recall the magazine in a series of flashbacks.

Throughout the film's episodes, the imagery switches back and forth between color and black and white, different formats and even cartoon scenes.

"Wes is a real poet," Lea Seydoux told Deutsche Presse-Agentur (dpa). "He is a free spirit who has created his own language."

Seydoux, the female lead in the newest James Bond thriller "No Time to Die," is the star of one of the three longer stories set in 1960s France that make up the heart of "The French Dispatch."

Tilda Swinton, meanwhile, sparkles as a snooty art expert who reports on a jailed painter (Benicio Del Toro). Behind the bars, his guard (Seydoux) poses for him as a nude model.

Meanwhile in the politics section, Lucinda Krementz (Frances McDormand) writes about a student revolt and its leader Zeffirelli (Timothee Chalamet).

The third story – multifaceted, if a bit too long – tells of a journalist (Jeffrey Wright) who recalls on a talk show how he wanted to write about a celebrity chef and police commissioner (Steve Park) but then got involved in a wild crime story that also stars Mathieu Amalric, Saoirse Ronan, Edward Norton and Willem Dafoe.

The finale is Howitzer's obituary. Inspired by The New Yorker magazine, the editor of "The French Dispatch" is based on Harold Ross, who co-founded the magazine and edited it until his death.

Anderson's film is packed with details and allusions to delight the eyes and mind. The stars are on top form, there's plenty of humor and splendid imagery. The silver screen was never so charming.

From 'Dark' to 'The Empress': German TV continues with hit shows