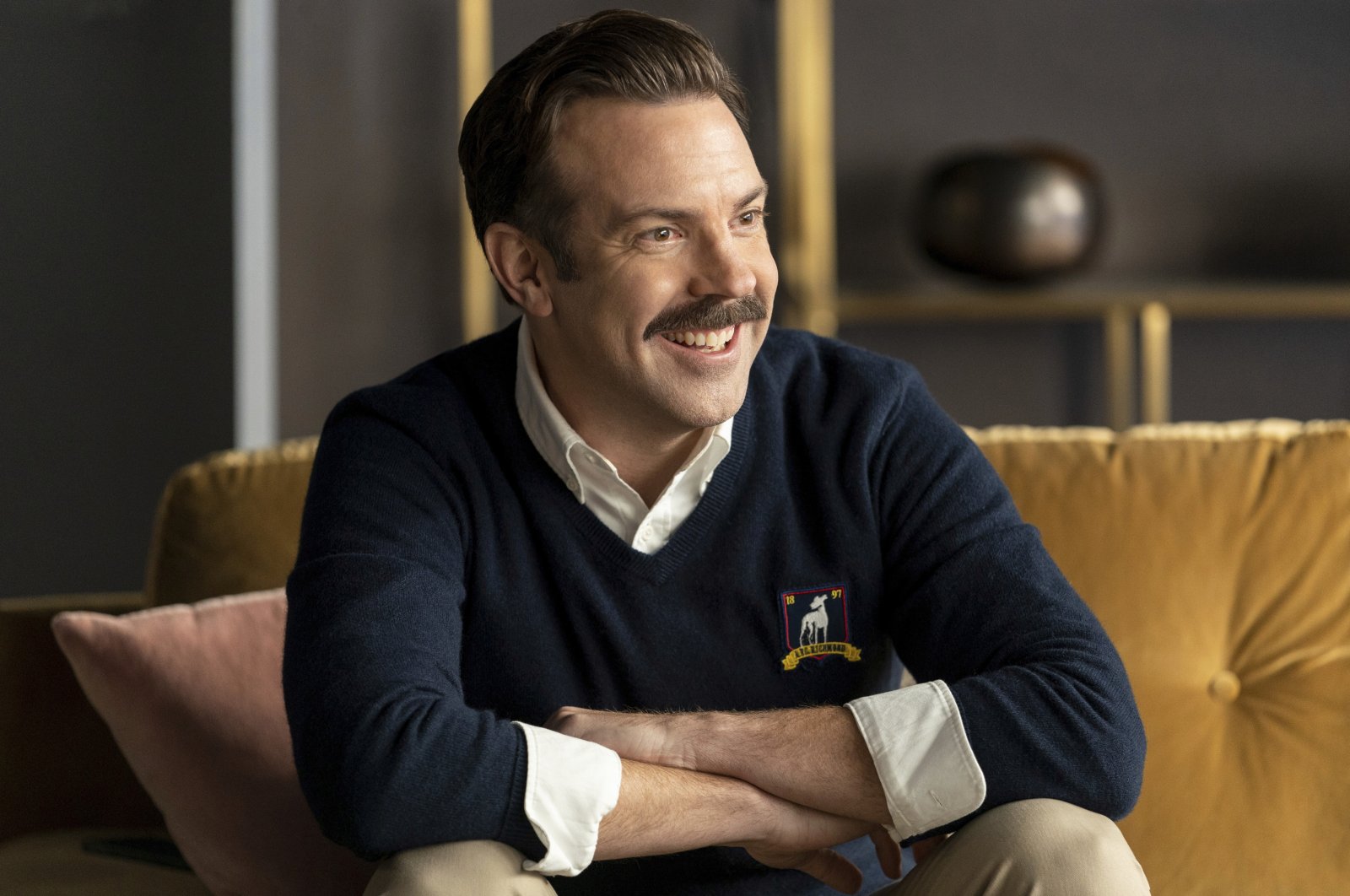 It was definitely a surprise hit when the character of "Ted Lasso," brought to life brilliantly by Jason Sudeikis, first appeared as part of a sketch on NBC. So, it was welcome news when Apple TV+ announced that the character, an out of his element American trying to coach an English football team, would be returning in its own comedy series.

That first season of that series was a hit as well, and the creators are now used to hearing backhanded compliments like the introduction of this paragraph.

People will tell them they didn't expect to enjoy the first season so much. Or that they were surprised the Jason Sudeikis-led show turned out so well. "Shocked" is a word they hear a lot.

"We joke in the writers' room how often we read the phrase, 'This show has no right to be this good.' We're always like, 'Really? I mean, we tried really hard,'" said Brett Goldstein, who is Emmy-nominated for playing tough guy Roy Kent and who co-produces and co-writes the show.

On the eve of the show's second season, there's no excuse to be surprised anymore: "Ted Lasso" roared out of the Emmy nomination process on Tuesday with 20 nods, including for best comedy, best comedy writing and with seven acting nominations.

"Ted Lasso" begins its second season July 23 no longer an underdog, but all the compliments and honors haven't turned it into a diva, either: Season two was already mapped out before season one even came out.

The show centers on an American football coach who takes charge of an elite British football team in England despite having little knowledge of the game. It follows the players and coaches and owners.

If season one established the characters and the tone, season two is about deepening and exploring what the creators have already built, with many secondary characters finding their voices. There's a lot less football, too.

"I'm kind of excited, slightly nervous but in a kind of excited way, about the reaction to the fact that it does turn a few things on its head across the board, really," said Nick Mohammed, who earned an Emmy nod Tuesday for playing kit man-turned-assistant-coach Nate.

The second season begins with Lasso's fictional London team relegated from the elite division, its aged champion played by Goldstein retired and the team's arrogant hotshot played by Phil Dunster far away. Viewers follow their journeys, as well as that of a new character, a sports psychologist who has a knack for cutting to the truth, played by Sarah Niles.

Niles knew nothing about the show when she was encouraged to submit a casting video during the pandemic. She waited until afterward to binge the first season and fell for the sweetness. "The British love an underdog and Ted is like the underdog," she said.

Sudeikis and executive producer Bill Lawrence ("Scrubs" and "Spin City") have fleshed out a three-dimensional Lasso from the character first created for NBC Sports to sell Americans on coverage of English Premier League football. They intentionally made the second season no carbon copy of the first.

"It would be quite easy to sort of say, 'Oh, well, we've got a winning formula here. Let's just do the same thing.' But the creative team behind 'Ted Lasso' is just not like that. They want to challenge themselves, the viewer. They want it to feel real," said Mohammed.

Sudeikis' Lasso may be a fish out of water, but he's relentlessly optimistic and kind, armed with homespun wisdom in the face of hostility. "Fairy tales do not start nor do they end in the dark forest. That son-of-a-gun always shows up smack dab in the middle of a story. But it will all work out," he tells his team in the second season.

"'Ted Lasso' is a show about a guy who is ignorant – he doesn't know anything about football. But he's not arrogant and he's not shouting people down," said Goldstein. "What he's doing is being open and honest and empathetic."

Brendan Hunt, an executive producer who plays Coach Beard, compares Lasso to a sort of Jimmy Stewart character, humble and kind, polite and respectful, but true to himself and someone you can count on who will stand up for the correct way forward.

The British, too, have come to embrace the show, says Goldstein: "I'm amazed how well it has played over here because British people are inherently far more cynical."

Hunt notes two important men who have publicly said they are fans – Liverpool manager Jurgen Klopp and player-turned-TV-commentator Gary Lineker. "That's a good cross-section. That probably means we're on to something," Hunt said.

But that doesn't mean the show is a football series. While there is some kicking a ball on grass, viewers soon learn that's not the most important thing.

"Football is definitely a backdrop for these characters to exist in this world," said Mohammed. "But I mean it's number five or six in the pecking order of what this show is about."