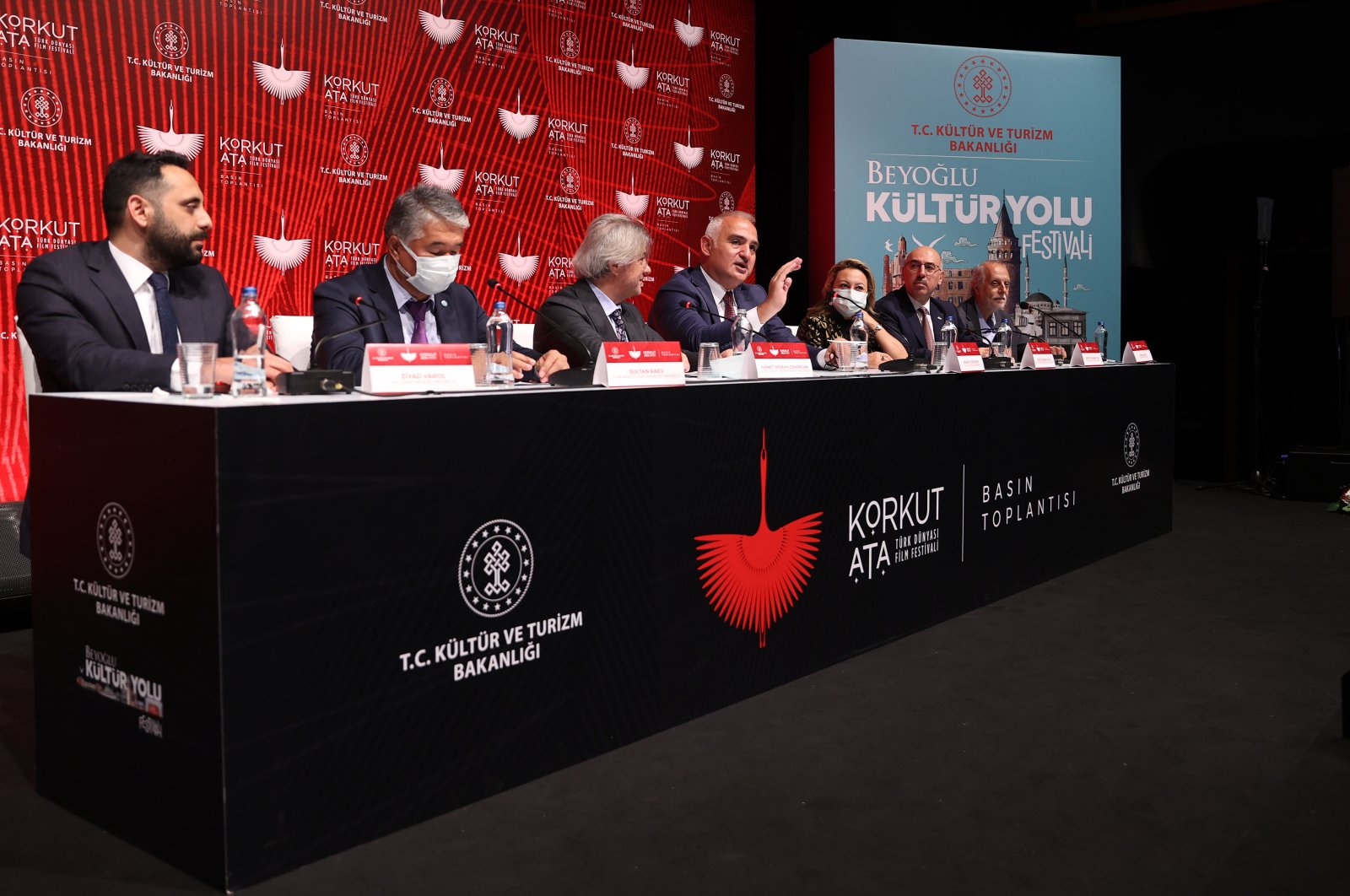 The first edition of the Korkut Ata Turkic World Film Festival is getting ready to meet cinephiles in Istanbul on Nov. 8. Organized by Turkey's Culture and Tourism Ministry in collaboration with the International Cinema Association, the Turkic Council, TURKSOY, TRT, Istanbul University and a number of other institutions and organizations, the festival will host more than 100 filmmakers and actors, and screen 42 films from 13 countries at Tarık Zafer Tunaya Cultural Center in Istanbul’s Beyoğlu district, long the center of the city's bustling arts scene.

The film festival will be held as part of the two-week Beyoğlu Culture Road Festival, which started with the opening ceremony of the newly constructed Atatürk Cultural Center (AKM) on Republic Day on Oct. 29 and will continue with a myriad of events until Nov. 14.

Selected films from the Turkic world will be screened for the audience, whether they are from an independent state, an autonomous republic or a region where Turkic languages or their dialects are spoken.

Beyoğlu Mayor Ahmet Misbah Demircan said at a meeting to discuss the festival's final arrangements that a total of eight feature films and nine documentaries will compete, with different jury panels selecting the best films in each category. The festival will also feature 25 noncompetitive films, he added. He noted that they also have planned to hold the second Korkut Ata Turkic World Film Festival in the country's northwestern Bursa province, which has been named the 2022 cultural capital of the Turkic World.

Deputy Secretary-General of the Turkic Council Sultanbai Raevi, also said: "As Turkic states, we should further develop our relations in the field of cinema. This festival is a valuable initiative that brings our people together."

Moreover, as part of the festival, the first Cinema Summit of the Turkic World will be held to discuss ways of creating a common fund for cinema among Turkic-speaking countries.

Korkut Ata, also known as Dede Korkut, is a semi-legendary wise ancestor that was glorified and sanctified in the ancient epics of the Oghuz Turks. Knowing the traditions and customs of life in the steppe very well, this ancestor is the narrator of the stories in the "Dede Korkut Epic," the oldest epic of the Turks. According to the Korkut Ata Turkic World Film Festival website, his narratives, tales and stories have either been a source of inspiration or a movie plot both in Turkic and world cinematography to date. Accordingly, the festival is named after this great Turkic ancestor.