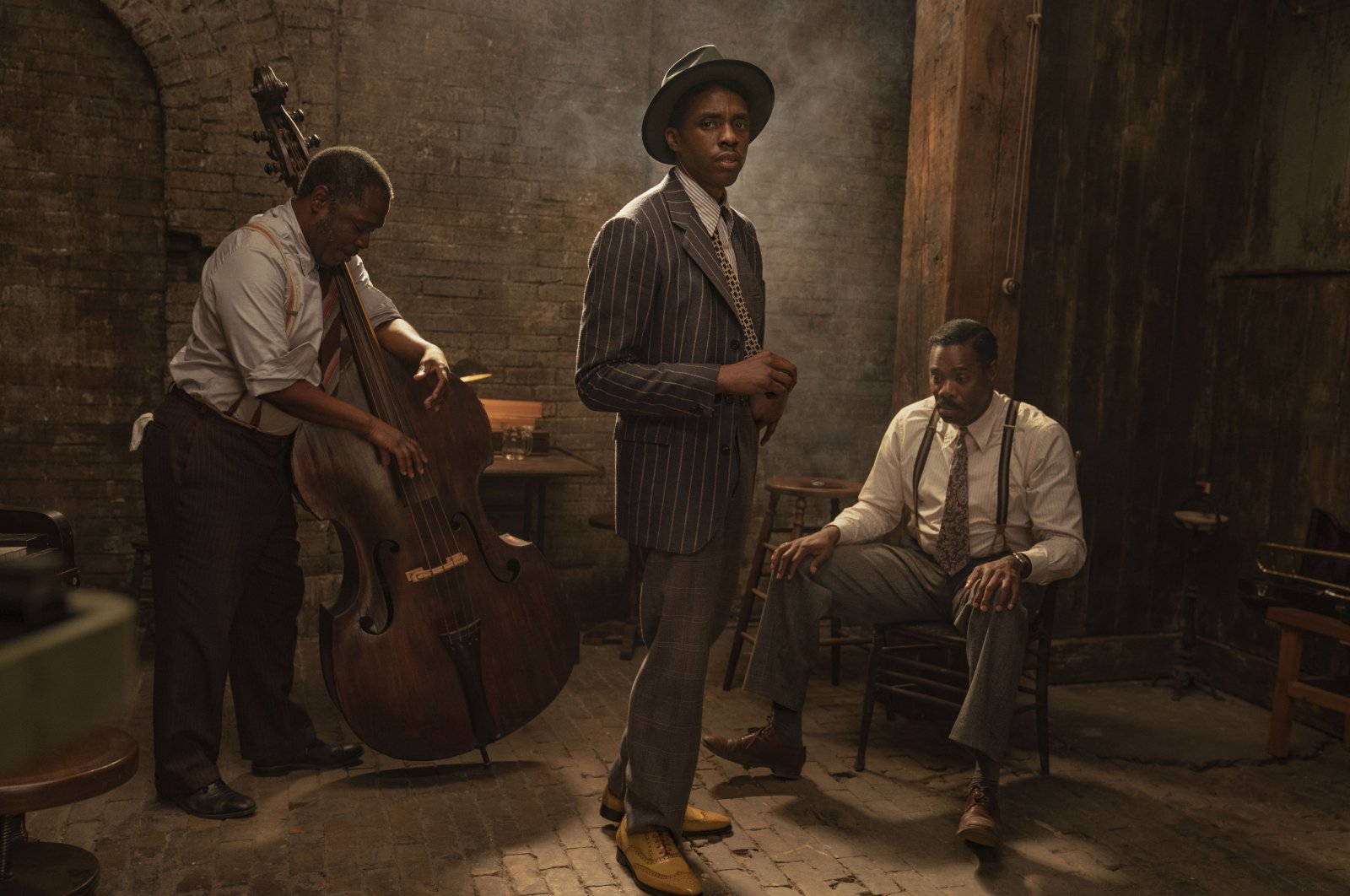 Screen Actors Guild (SAG) awards, honoring some of the year's best performances in film and television and considered an indicator of success at the Academy Awards, announced the winners on Sunday night. While "Trial of the Chicago 7" received the top prize at the ceremony, actors of colors also swept the top acting awards.

"The Trial of the Chicago 7," set during a Vietnam War protest in 1968, took the prize for best ensemble with a cast that includes Sacha Baron Cohen, Eddie Redmayne, Frank Langella and Mark Rylance. Langella credited writer and director Aaron Sorkin for the win, saying his "voice is the soul of this movie."

All four of the winning film actors were people of color, the first time this has happened in the SAG awards' 27-history.

Chadwick Boseman, who died of cancer last year at age 43, picked up another award for his final role as an ambitious 1930s trumpet player in "Ma Rainey's Black Bottom." Sunday's SAG win positioned him as a front-runner for his first Oscar at the Academy Awards on April 25.

Accepting on Boseman's behalf, his widow Simone Ledward Boseman cited a saying from the late actor himself. "If you see the world unbalanced, be a crusader that pushes heavily on the see-saw of the mind."

"Minari," the Korean-language story of an immigrant family struggling to make it in 1980s Arkansas, brought a supporting actress award for South Korean veteran Youn Yuh-jung as a cantankerous grandmother.

British actor Daniel Kaluuya won for his supporting role as the late Black Panther activist Fred Hampton in "Judas and the Black Messiah."

The SAG awards, chosen by members of the acting union, are closely watched because actors form the largest voting group in the Academy of Motion Picture Arts and Sciences, which organizes the Oscars.

The win for "The Trial of the Chicago 7" boosted the film's chances of winning the best picture Academy Award in a year that has seen the modern recession-era movie "Nomadland" grab many of the pre-Oscar awards.

Because of the coronavirus pandemic, this year's SAG ceremony was scaled down from a gala dinner to a one-hour presentation, held remotely, and peppered with jokes about how actors filled their free time during lockdowns or got a start in their careers.

Helen Mirren spoke of a close encounter with a bear during the pandemic, Sterling K. Brown demonstrated his juggling skills and Jimmy Fallon played the harmonica.

The SAG Awards also recognized television performers, with the casts of "Schitt's Creek" and "The Crown" taking the top prizes for comedy and drama respectively.

Many of the SAG winners and nominees are also up for honors at the British BAFTA awards next week and the Independent Spirit Awards on April 22.