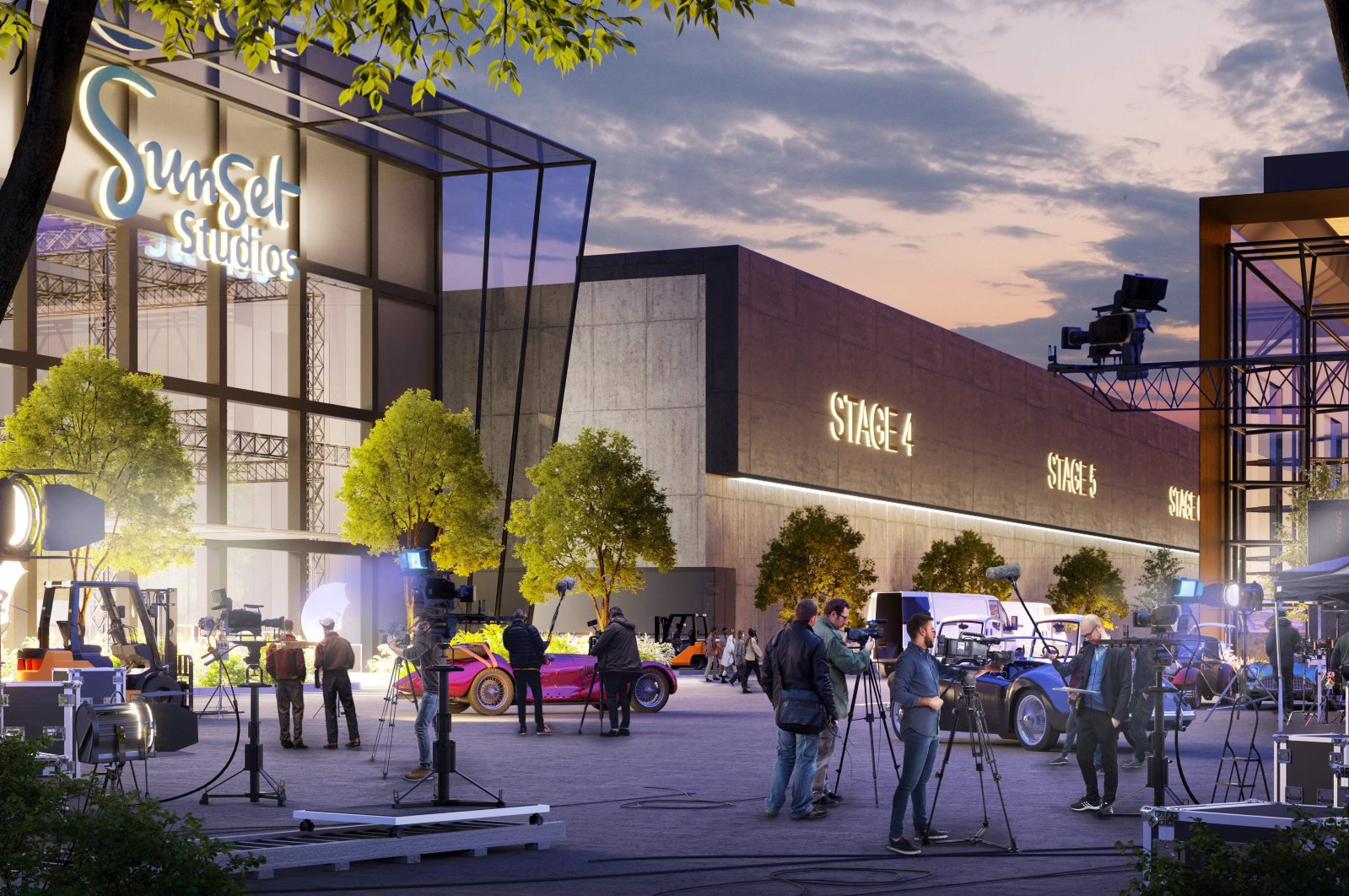 The film industry outside of Hollywood throughout history has never had to compete with another center like it, but despite having almost a monopoly on the sector Hollywood has been in decline recently, allowing for interesting choices to rise among the dissidents. A short time ago, in a quaint English county far far away from Los Angeles, a new epicenter for the United Kingdom's streaming-fueled film and TV production has been emerging, with plans for a studio in a crop field.

Plans for the vast Sunset Studios facility near Broxbourne in Hertfordshire are another sign of the production industry booming both in this stretch of southeast England and nationwide.

Rapid growth among content players like Netflix, alongside surging demand for filming space due to pandemic-related delays, has seen British film sets, crews and locations swamped this summer – with Hertfordshire increasingly a hub, industry figures say.

"This location in the U.K. was really our first choice for something of this magnitude," Victor Coleman, head of Hudson Pacific Properties, told Agence France-Presse (AFP) of its venture with private equity partner Blackstone on the 37-hectare (91-acre) site.

"We think this area will be the production facility area that people are going to want to gravitate to," he added, noting Hertfordshire's impressive film and TV heritage and industry infrastructure, alongside Britain's billing as one of the top global production markets.

The new campus, which would take 2 1/2 years to build once planning permission is granted, could hold as many as 25 stages to accommodate all types of filming, but will cater particularly to the likes of Amazon and Apple.

Coleman said that for studio operators, series made for TV and stream giants were now more important than movie productions.

To be built beside Britain's busiest motorway 17 miles (27 kilometers) north of central London, the site – the size of 51 Wembley Stadium football pitches – offers "the scale, the connectivity and the skills base" needed, he said.

The project is expected to create over 4,500 permanent jobs and contribute 300 million pounds annually to Hertfordshire's economy.

The county, home to around 1.2 million people, already has a decades-spanning legacy of welcoming Hollywood productions dating back to the original "Star Wars" and "Indiana Jones" trilogies, which were filmed at Elstree Studios.

It also hosts several major studios – including Warner Bros' Leavesden site, where the "Harry Potter" franchise and numerous other blockbusters were made – and is increasingly used for location filming.

Boon to the area

Hannah Macleod, a film partnership manager at Creative England, which is charged with encouraging filming nationwide, agreed the U.K.'s supply of studio-type space was "not in step with demand."

She welcomed both the Sunset venture and expansion plans announced at several other existing Hertfordshire studios as a boon to the area.

The attractively named borough of Dacorum has been especially active tapping into these benefits, promoting itself as a filming destination.

They include Ricky Gervais' Netflix hit "Afterlife" and an upcoming TV drama about the Sex Pistols by Oscar-winning director Danny Boyle.

"We have made new partnerships with filming partners, and are developing a local database for skills, people and locations to assist production companies," said local councilor Alan Anderson.

Location scout Jo Beckett said Hertfordshire has gained from a "realization of what is on the doorstep."

In particular, the evolution since the 1990s of Warner Bros' Leavesden studios – built on the site of a World War II plane factory and airfield – had transformed the industry locally.

"It's a missed opportunity not to encourage filming in that area because it's such a central hub," she said.

"They've seen it develop and grow from an old airstrip into a major Hollywood player really."

Fellow location scout Ian Heard agreed a "golden triangle" for film and TV production has emerged, stretching northwest from London, encompassing Hertfordshire, as well as nearby Pinewood and Shepperton studios to the south.

Pinewood, which has forged a partnership with Disney, is expanding the site most famous for its key role in the 007 James Bond films and also wants to open it up to the public and offer visitor attractions, as Leavesden has done.

Heard noted those inside the triangle have benefitted from producers now preferring to film at locations within 30 miles of their project base – often at studios – to avoid the hefty expenses of going further afield.

Meanwhile, the growing difficulty and expense of filming in London – from its congestion charge to clogged streets – has also encouraged filmmakers out of the capital to its surrounding counties.

"Everyone wants ease, basically," Heard said. "Also, it's all about costs ... and keeping them down."