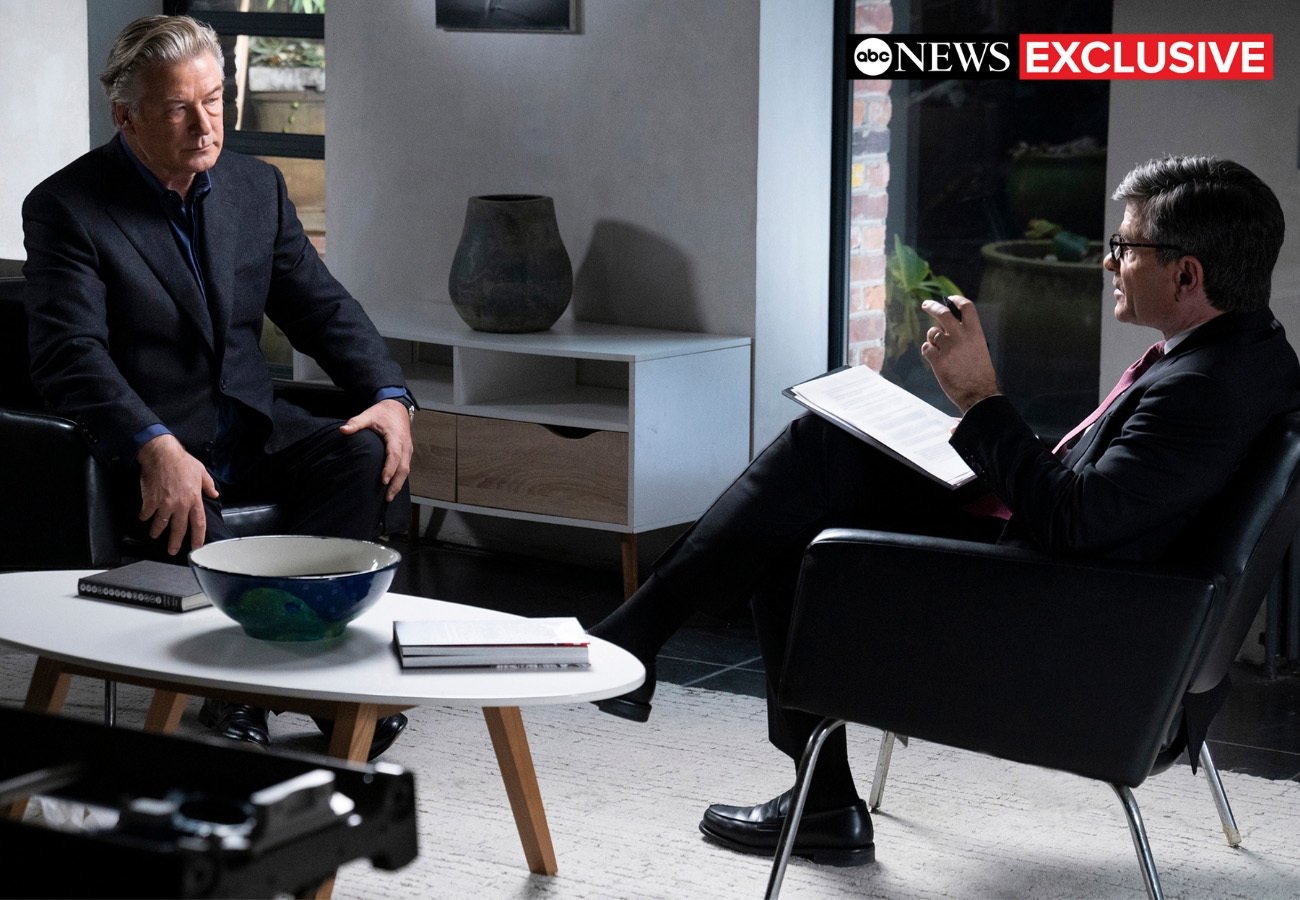 Alec Baldwin says he did not pull the prop gun's trigger which killed a cinematographer on the set of "Rust," according to an interview clip with ABC's George Stephanopoulos airing Thursday, Dec. 2.

It is Baldwin's first sitdown interview since the Oct. 21 shooting on the set of the western film “Rust." Authorities have said Baldwin was told the gun was safe to handle but continue to investigate how a live round ended up in the weapon.

ABC released a clip Wednesday that shows Baldwin breaking down in tears while describing Halyna Hutchins, the cinematographer who was killed on the set. Director Joel Souza was also wounded.

He said in response to a question about how a live round ended up on the set: “I have no idea. “Someone put a live bullet in a gun, a bullet that wasn't even supposed to be on the property.”

The interview will air as part of an hourlong special on ABC at 8 p.m. Eastern time (1 a.m. GMT) on Thursday and stream on Hulu later that evening.

Investigators have described “some complacency” in how weapons were handled on the “Rust” set. They have said it is too soon to determine whether charges will be filed, amid independent civil lawsuits concerning liability in the fatal shooting.

ABC said a two-hour special “20/20” next week will examine the investigation into the shooting in more depth.