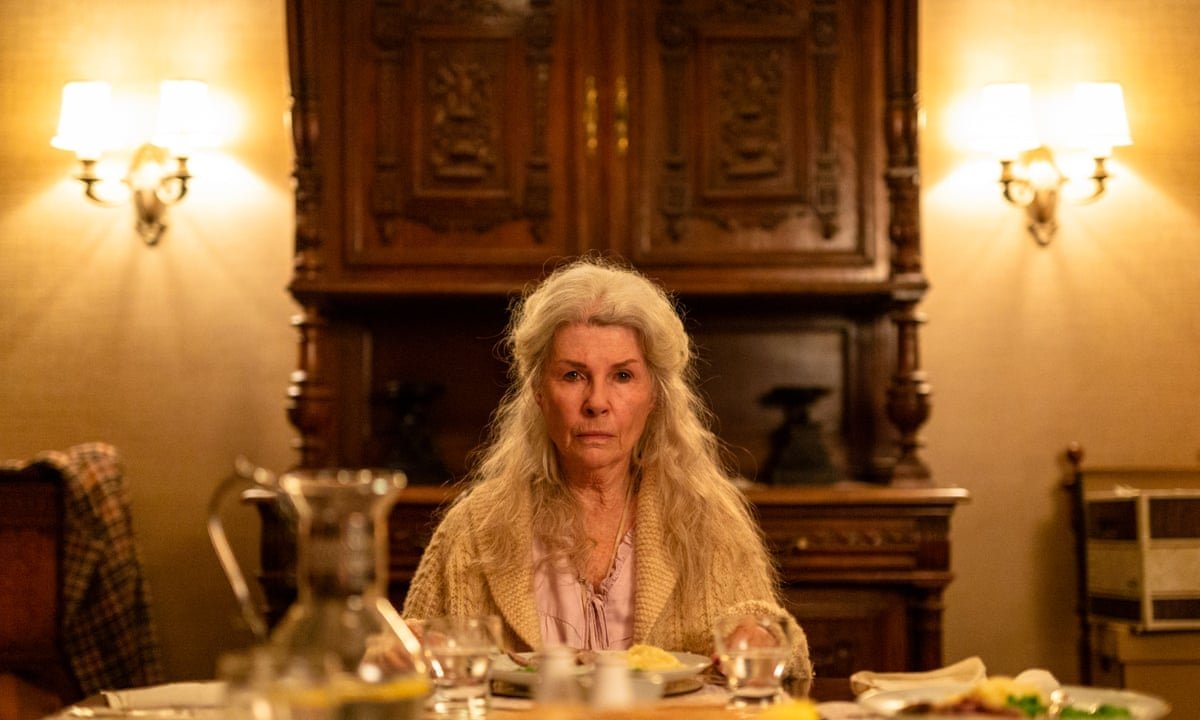 The new selection of the Istanbul Film Festival, organized by the Istanbul Foundation for Culture and Arts (IKSV), will be shown online for audiences between Feb. 5 and Feb. 28

The upcoming February selection of Turkey’s prestigious Istanbul Film Festival consists of 12 films that premiered at film festivals in Tallinn, Venice, Berlin, Manchester, Sundance and Cannes, recently postponed to July due to the ongoing coronavirus pandemic. The films will start to unspool online on the website of the festival beginning Feb. 5 at 9 p.m. and each film will be available for viewing for five days after it is open for screening.

While new films will be added every weekend, their tickets will be on sale on the festival’s website as of 10:30 a.m. on Feb. 3. As with previous selections, the ticket capacity for each session is limited. Individual tickets can be purchased for films and combined film packages can also be purchased at affordable prices. Let’s take a look at the movies that will mesmerize film buffs from the February selection.

“Enfant Terrible” by German director Oskar Roehler will be screened from Feb. 5 to Feb. 10 on the festival's website. Rainer Werner Fassbinder, one of the most creative and the most productive directors in the history of cinema, is the protagonist of Roehler's latest film. The movie, which was included in the Cannes 2020 Film Festival, traces the career of the unique filmmaker starting from his anti-theater trials in his 20s to him becoming one of the most unique filmmakers in German cinema with his films that received dozens of awards. Oliver Masucci, known for his role in “The Dark” series, plays Fassbinder, who is subjected to both the praise and hatred of the audience and whose anger and search for love never stops.

Christos Nikou’s “Mila” (“Apples”) will be screened from Feb. 7 to Feb. 12. Greece's Oscar-nominated “Mila” is a soul-shattering and thought-provoking surreal mental exercise based on the question “How selective is the memory.” Addressing how volatile memory and identity are today, the movie is set during an epidemic that leads to sudden memory loss. “Mila” is the first feature film by Nikou, who worked as an assistant director on Yorgos Lanthimos’ “Kynodontas” (“Dogtooth”) and Richard Linklater’s “Before Midnight.” Cate Blanchett is one of the executive producers of the film, which had its world premiere at the opening of the Horizons section of the Venice Film Festival.

“Le sel des larmes” (“The Salt of Tears”) by Philippe Garrel will be screened from Feb. 14 to Feb. 19. Although he is not mentioned as often as Jean-Luc Godard, Garrel is a filmmaker who shot many of the overshadowed gems of the French New Wave in the 1960s. In his new film, the veteran director tells a heart-wrenching series of stories of love and breakups. His camera, which follows a character named Luc, who has come to Paris from a rural place with dreams of developing in his carpentry, mirrors French New Wave films in many places. Premiered at Berlinale in 2020, “Le sel des larmes” refers to the France of the 1970s through dialogues on death and life and observations on relationships with sharp black-and-white cinematography.

“Delicatessen” by Jean-Pierre Jeunet and Marc Caro will be shown between Feb. 20 and Feb. 25. It has been 30 years since the release of “Delicatessen,” which deserves to be called a “cult” production with its color and taste. The movie takes place in an apartment full of inexplicable oddities. It stars a butcher who sells human meat to his customers in an imaginary apocalyptic world. This unique and shamelessly funny film goes beyond its era and pushes the boundaries of imagination, portraying a number of weird characters. Much more importantly, it offers viewers an incredible visual quality and color palette that could not be easily captured.

All we need is family

Uberto Pasolini’s “Nowhere Special” will be screened from Feb. 19 to Feb. 24. The latest film by Pasolini premiered at the Venice Film Festival. The film tells the story of a father who, when his disease gets to the worst stage, begins to look for a suitable parent for his 4-year-old son whom he has raised alone. Inspired by a real event, the poignant story quietly creeps into our hearts avoiding melodrama and excessive sentimentality.

“Erna i krig” (“Erna at war”) by Henrik Ruben Genz will be screened between Feb. 6 and Feb. 11 as part of the February Selection. Maternal instincts intensify further at times of war in particular. Both funny and tragic, as well as heart-warming and gut-wrenching, “Erna i krig” tells the story of an extraordinary and resilient woman who shines in a black world and is ready to do everything for his dear son. The story takes place in Denmark in 1918 when World War I ravages Europe. Germany has such a small number of troops that it even enlists Danish youth. When they also recruit Erna's 17-year-old mentally disabled son, Erna realizes that she cannot dare to leave him alone and goes to the battlefield with her son, disguised as a man in uniform. This successful adaptation of Erling Jepsen's novel is also the pinnacle of the career of actress Trine Dyrholm, who plays Erna.

“Relic” by Natalie Erika James will unspool between Feb. 12 and Feb. 17. A hair-raising family tension takes place in Australia, which has attracted attention with very interesting productions in recent years, with this stunning debut of James. Premiered at Sundance, “Relic” follows three generations of women in a family in a haunted home environment and actually handles much more than that. The story begins with the disappearance of Edna, whose mental and physical health condition gets worse as she gets older, and her daughter and granddaughter going to her house in a desolate place. It is understood that a haunted house has taken over Edna when she returns. “Relic” is a creepy, thought-provoking and heart-wrenching film that deals with memory, family relationships, aging and fears in a stylized approach. It excels at gently creating a sense of fear from everyday conversations and mundane situations.

“The Nest” by Sean Durkin will be shown for movie lovers from Feb. 13 to Feb. 18. The highly anticipated second film by Sean Durkin, who won the Directing Award in 2011 with “Martha Marcy May Marlene” at Sundance, also premiered at the Sundance Film Festival. Starring Carrie Coon and Jude Law, who are known for their roles in “The Sinner,” “Fargo” and “The Leftovers” series, the film is set in the 1980s when the financial order and social structure were upside down in Britain and when the yuppie culture was on the rise in the U.S. Fed up with his established order in Manhattan, Rory, an investment broker, convinces his family to move to a remote provincial mansion in Britain, but neither his business nor his family order goes as he expected. Based on his own experiences as a child in the 1980s and the cultural conflict between the two countries, Durkin reveals a tense family drama in which he explores his characters in depth while touching on many issues, including gender dynamics, family institutions and social transformations.

“The Soviet Garden” by Dragos Turea will be screened from Feb. 21 to Feb. 26. Turea's documentary, which proceeds with archive footage and interviews, follows a terrible claim that is of great importance to Moldovans. The director addresses the Soviet administration's plan to try nuclear-powered farming methods on the Moldovan territory in the 1960s and thus turn the country into a “Soviet Garden.” He carries out a detailed study focusing on the impact of the radioactive processes on the local population. While uncovering the secret project of Nikita Khrushchev, the film draws a bleak picture of Moldova’s relationship with the Soviet Union, of which it was a part of for 50 years, in light of documents as meticulously as a detective.

Hasan Söylemez’s “Tenere” will be viewed by spectators from Feb. 26 to March 3. The movie tells the unknown story of Africans who set off from the Nigerien city of Agadez trying to cross the desert to reach Libya and from there, Europe. It portrays the challenging journey of Bashir of Agadez and his fellow men for days in a truck resembling Noah's Ark. We see their preparations for the journey, their relationship with their families, their struggle with the harsh conditions of nature, thirst and the other problems they face, and the emotional changes they go through.

“Adults in the Room” by Costa-Gavras will be screened between Feb. 28 and March 5. Gavras, one of the leading directors who come to mind when it comes to political cinema, describes a ball of political intrigue involving the European Central Bank and the European Union this time. Adapted from the memoirs of economist and politician Yanis Varoufakis, “Adults in the Room” provides an insight into what underlies the financial crisis Greece went through. Varoufakis was declared a persona non grata by some and turned into an icon of resistance to the European Union by others. Addressing a number of debates on recent politics, the film questions whose interest the European Union protects and on whom it inflicts its financial burdens. The veteran director analyzes the system and what happened to Greece, highlighting a tone of political tension. The editor of the film is Gavras himself and the soundtrack composer is Alexandre Desplat.