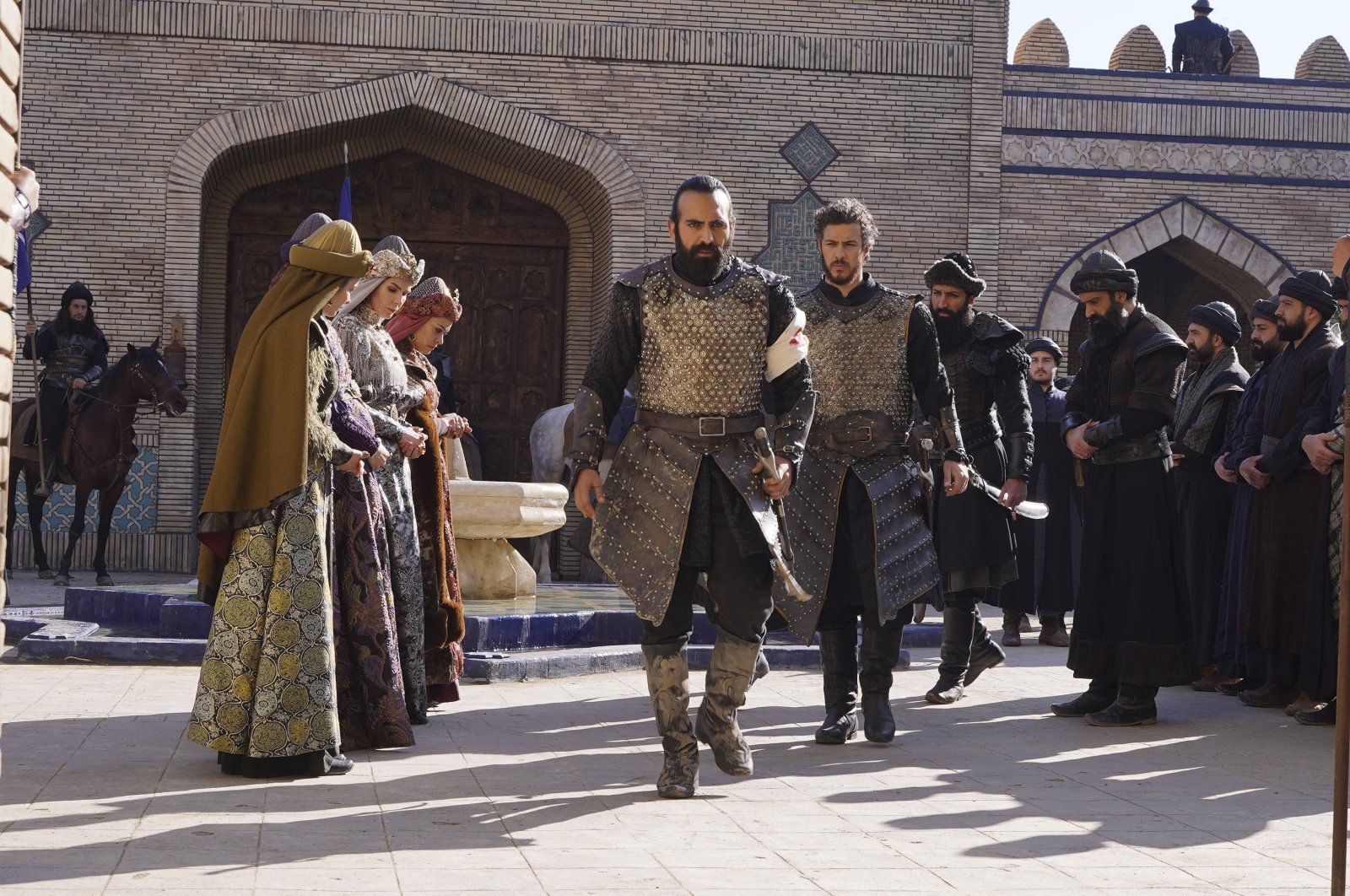 Turkish TV series are gaining more popularity around the world with each passing day and are aired in more than 150 countries, including Kyrgyzstan. While the series are hugely popular among Kyrgyz families, the country’s TV channels are competing with each other to broadcast Turkish productions. Recently, a group of young people in Kyrgyzstan established a dubbing team to satisfy the demand of local television channels to air Turkish dramas in the Kyrgyz language.

Kyrgyz TV viewers have been able to watch Turkish series on nearly all television channels during the coronavirus outbreak. However, most of the Turkish serials broadcast on Kyrgyz channels are dubbed in Russian, with series dubbed in Kyrgyz only being prepared in TV studios recently.

"Public demand for Turkish TV series dubbed in the Kyrgyz language has increased. We formed a dubbing team to start dubbing Turkish series," Ermek Kazıbekov, who is part of the dubbing team, told Anadolu Agency (AA).

Kazıbekov, whose main profession is stage acting, said that after graduating from Kyrgyz Turkish Manas University in the capital Bishkek, he acted in state youth theater. He said that apart from his main profession, he and his teammates are working in the dubbing business in a studio sponsored by a businessperson.

Kazıbekov said that as part of their dubbing efforts, they decided to work on “Uyanış Büyük Selçuklu” (“The Great Seljuks: Guardians of Justice”), a Turkish historical drama series. The series tells the story of the Seljuk Empire’s structure, political events and wars through the lives of Seljuk Sultan Malik-Shah I and his son Ahmad Sanjar. Explaining why they chose the series for dubbing, he said it conveys the importance of serving the state and nation.

Seeing traditional Kyrgyz items and musical instruments being used in “The Great Seljuks: Guardians of Justice” also amazed Kazıbekov. "While translating and dubbing the dialogue from the series, I would like to emphasize that almost half of the words are similar to Kyrgyz," he said.

He noted that they are also planning to dub the TV series “Diriliş Ertuğrul” (“Resurrection: Ertuğrul”) and “Payitaht Abdülhamid” (“The Last Emperor”) after “The Great Seljuks: Guardians of Justice.” “Resurrection Ertuğrul,” often described as the Turkish "Game of Thrones," centers on the story prior to the establishment of the Ottoman Empire. Woven around 13th century Anatolia, the series illustrates the struggle of Ertuğrul Gazi, father of the empire's founder Osman Gazi. “The Last Emperor,” recounting the life of the 34th Ottoman Sultan Abdülhamid II, begins with the 20th anniversary of Sultan Abdülhamid II's succession and follows the important incidents that made history during his reign.

Apart from Abdülhamid II, other crucial characters of the period are also featured in the series.

Kazıbekov lastly added that they wish to shoot a Kyrgyz series that will reinforce Kyrgyz-Turkish friendship.