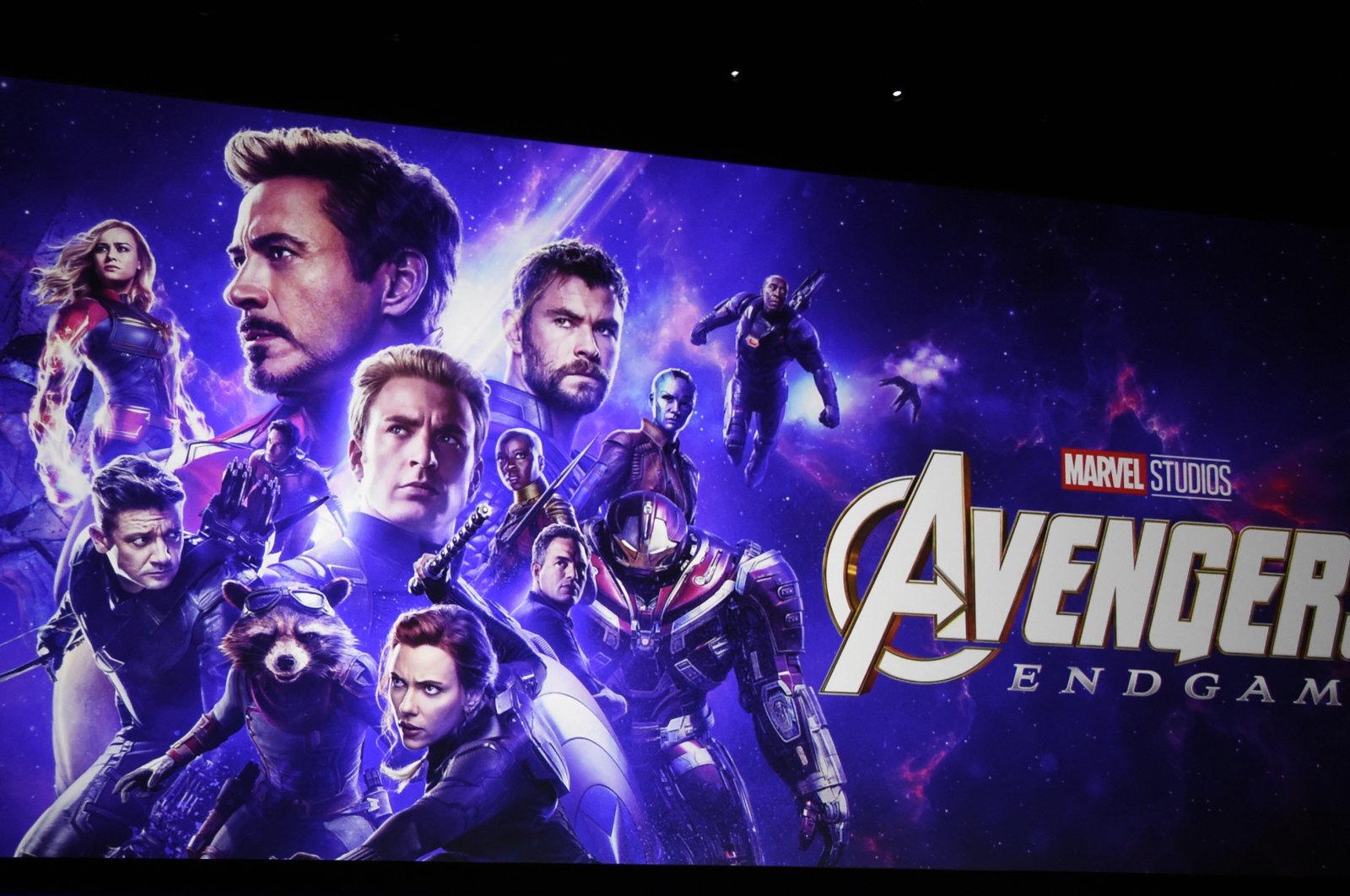 Artwork for the Marvel Studios film "Avengers: Endgame" appears on stage during the Walt Disney Studios Motion Pictures presentation at CinemaCon in Las Vegas, U.S., April 3, 2019. (AP Photo)
by Reuters May 04, 2021 11:43 am
RECOMMENDED

Walt Disney's Marvel Studios released a new trailer on Monday as the studio reminisced about pre-pandemic theaters in a nostalgia-inducing selection of scenes with a voiceover from the late creator of many of Marvel's superhero characters, Stan Lee.

"We go to escape," said a three-minute-long trailer designed to stir excitement for 10 upcoming Marvel films including "Black Widow," "Eternals" and a "Black Panther" sequel.

“I love being with people,” echoed Lee's voice over footage of crowded streets. “It's the most incredible thing in the world,” it continued as Spider-Man, played by Tom Holland and Iron-Man, portrayed by Robert Downey Jr. shared a hug.

The video also showed footage from inside a theater of fans reacting to the decisive battle scene in "Avengers: Endgame" in April 2019, the movie that broke box-office records as it brought in billions of dollars for Marvel and reminded the world that theaters were not dead.

Theaters were not dead, until the global COVID-19 pandemic hit. The future of movie theaters now remains uncertain after extended closures during the pandemic.

Independent operators and large chains including AMC Entertainment, Cineworld Plc and Cinemark Holdings Inc hope that blockbusters from Marvel and others will help lure audiences back.

At the same time, Disney and other media companies are investing billions to compete with Netflix Inc and provide consumers with plenty of options to stream at home, a strategy which drew the ire of some directors as it means taking more fans away from cinemas.

Disney is offering "Black Widow" for a $30 charge through the Disney+ streaming services on the same day it debuts in theaters in July.

No similar plans have been announced for any of the nine other upcoming films that Marvel previewed on Monday. The movies are scheduled for release over the next two years.

So, for theaters, here's to hoping that Marvel's final message holds true: “What the future brings,” the video's ending said, “Will be worth the wait.”

“See you at the movies.”