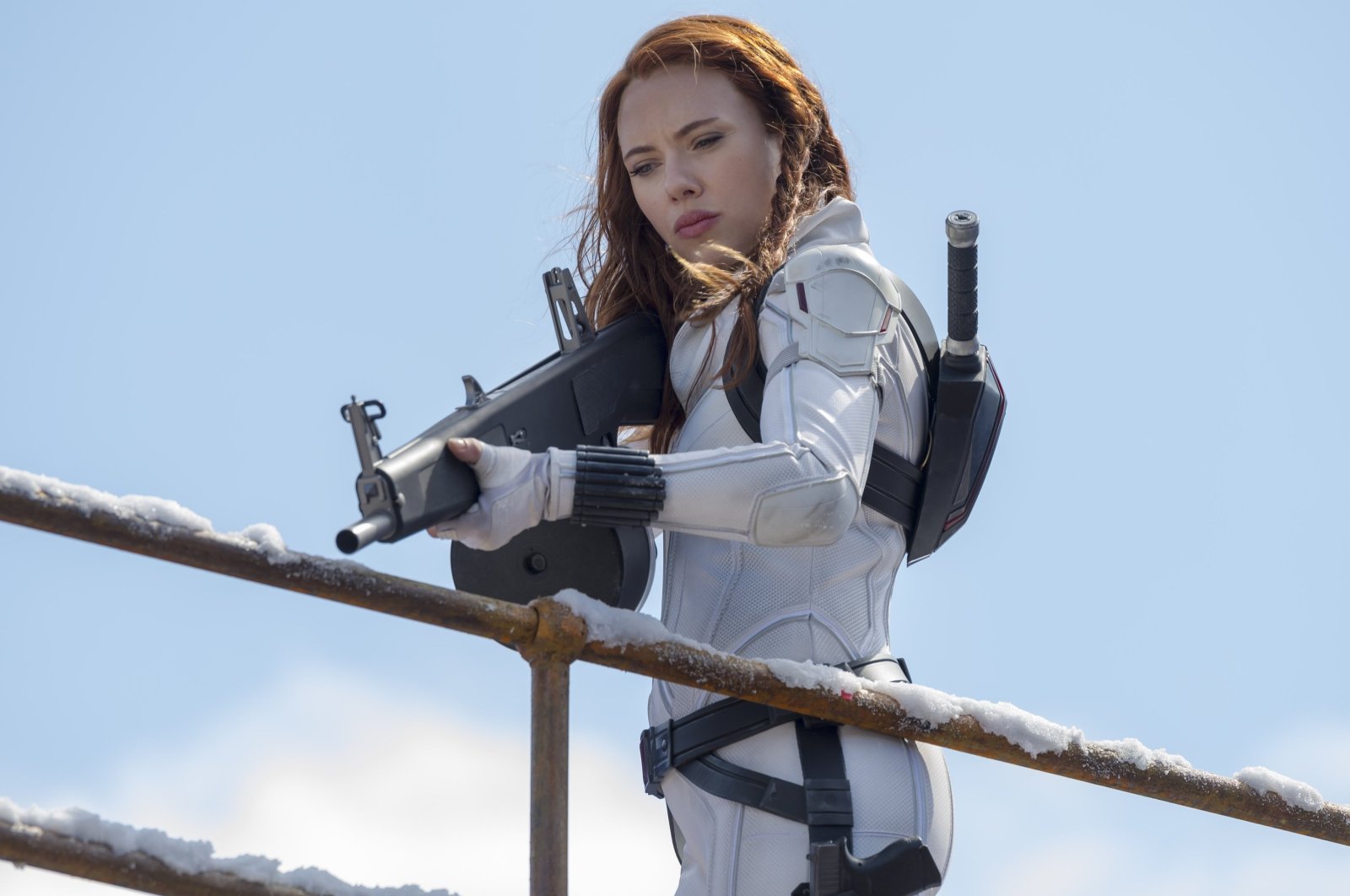 Scarlett Johansson wields a weapon in a scene from Marvel superhero film 'Black Widow.' (Disney via AP)
by Reuters Jul 07, 2021 8:40 am
RECOMMENDED

A slew of characters received their own standalone movie among the Marvel Cinematic Universe before Black Widow's turn arrived. And it's her luck that a global pandemic broke out to take away the spotlight from her first film. Now, after numerous delays, Marvel's Black Widow, played by Scarlett Johansson, finally takes center stage as it debuts Friday.

The actress reprises the role for the ninth time in the Marvel Cinematic Universe, even though Black Widow died in the 2019 blockbuster "Avengers: Endgame."

The new "Black Widow" film will be available in theaters and for a $30 fee through Walt Disney Co.'s Disney+ streaming service. It had previously been scheduled to debut exclusively in cinemas in May 2020.

The film is a prequel set after the events of the 2016 "Captain America: Civil War." It catches up with the former assassin Natasha Romanoff as she is on the run from government agents.

Johansson said it is likely this will be the last time she portrays the character.

"I think it’s always great to leave on a high note," the actress said in an interview. "You've got to set it free. It's part of the journey when you know it's come to an end."

The movie begins when Romanoff is handed a box of mail left at a previous apartment. Because of the contents, she unwittingly becomes the target of the mysterious Taskmaster and an army of women known as the Widows.

"I hope I made people laugh," Pugh said. "The bluntness of me being just outrageously harsh to Natasha may have been funny, but I definitely smirked when the whole family got involved. They all shared the same sense of humor and timing. That was just perfect."

Harbour plays an atypical superhero who is out of shape and struggles to fit in his superhero outfit.

"When (director) Cate (Shortland) pitched the character to me, it was him at the end of his life with all this regret and remorse and just this past-his-prime thing," Harbour said. "I was like that’s fun, and I’ll be able to sit around and eat doughnuts all day. It’ll be fantastic."