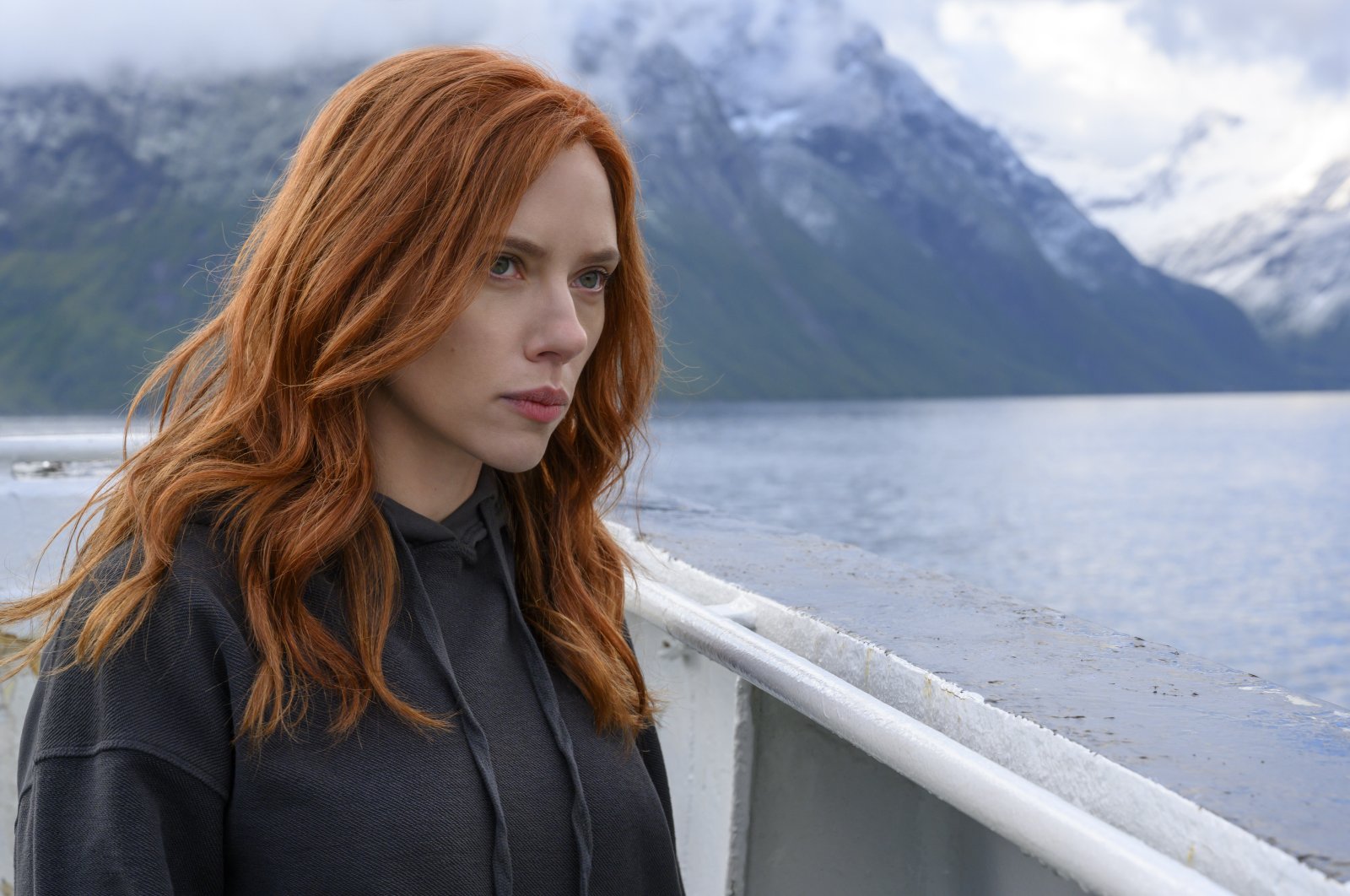 Scarlett Johansson looks off into the distance in a scene from Marvel superhero film "Black Widow." (Disney via AP)
by Associated Press
Jul 01, 2021 10:14 am

Has it really been two years since the last Marvel film hit theaters? Just before the global COVID-19 pandemic, life without superhero movies being released on a regular basis seemed unfathomable, as Marvel was producing one every three months at one point.

Well, at least the chasm has provided us Marvel's most ambitious forays onto television, with the streaming series "WandaVision," "The Falcon and the Winter Soldier" and "Loki," and to be honest the superhero genre always felt like an episodic affair with every movie being connected.

However, it's also possible that the pandemic hasn't just been a blip in the Marvel Cinematic Universe. Even before COVID-19 delayed the release of "Black Widow" and subsequent installments a year or more, "Avengers: Endgame" felt very much like the conclusion of something. Can the most all-powerful juggernaut in movie history just pick up where it left off?

"Black Widow," thankfully, isn't exactly designed that way. It's as close to a one-off as Marvel gets.

Set in between 2016's "Captain America: Civil War" (when the superheroes fell out) and 2018's "Avenger: Infinity War" (when they made up), it doesn't have any grander, universal purpose to the franchise's overarching aims than giving Scarlett Johansson's Natasha Romanoff / Black Widow (who perished in "Endgame"), a proper sendoff after a decade of service stretching back to 2010's "Iron Man 2."

It's the second Marvel movie fronted by a female star (following 2019's "Captain Marvel," with Brie Larson) and only the first to be directed solely by a woman, Cate Shortland. (Anna Boden and Ryan Fleck shared the helm of "Captain Marvel.")

And I think partly because "Black Widow" needs to exist purely by itself, it works. It's absorbing in its own right. Less occupied with driving a universe of movies forward, the almost-standalone film instead digs into slightly darker, deeper realms of the typically bright and shiny Marvel world.

Shortland, an Australian director of indies ("Somersault," "Berlin Syndrome"), grounds "Black Widow" in a more tactile and murky reality. Essentially a European-set spy thriller with all the shadows of the postwar period (WWII, I mean, not the "Civil War"), "Black Widow" is, for much of its running time, closer to "Bourne" than "Thor."

And while it marks a farewell to Johansson, "Black Widow" is given a boost by a number of new faces – Florence Pugh, David Harbour, Rachel Weisz, Ray Winstone (terrific actors all) – who supply some new verve in a movie world that's recently been dependent on many of its longest-running stars.

"Black Widow" doesn't deviate radically from the Marvel formula. Just as usual, there's a giant contraption in the sky, winks to the Avengers and light banter mixed with battle scenes. But it's often in Marvel movies that the director has his or her best chance to flex their own filmmaking muscles early on, before the set-piece mandates set in. And "Black Widow" excels early.

The movie, scripted by Eric Pearson, begins with familiar suburban scenes of two young girls and their apparent mother (Weisz) readying for dinner. When the father (Harbour) arrives, he's distraught. They have an hour to flee, he whispers. They grab little before driving straight for a small airport. Out the window, while "American Pie" plays on the car stereo, are all-American scenes of families playing on the lawn, a ballgame under the lights.

It's an early sign that "Black Widow" will be about an American Dream denied – or at least delayed – and a kind of anti-"Captain America." Only when the dad flips a car to clear the runway do we have any sense that these aren't your average Americans. And once they land in Cuba, we realize they aren't citizens at all, nor are they a family.

Harbour's character in fact is Alexei Shostakov/Red Guardian, a Soviet-built super soldier made to compete with Captain America. Their family was a cobbled-together Ohio sleeper cell.

The four of them are quickly split apart, and over a melancholy cover of "Smells Like Teen Spirit," the opening credits roll with a montage of U.S.-Russian relations over time, mixed with images mixed of Soviet mastermind Dreykov (Winstone) and his Red Room program of elite assassins – dubbed "Widows" – all of them plucked from the streets as young girls.

Twenty years later, the long-freed and reformed Natasha – now an Avenger – is well beyond of her painful beginnings. But not as much as she thought. Her belief that she killed Dreykov is spoiled when she reunites in Budapest with her faux-sister from childhood, Yelena (Pugh), who informs her that not only is the Red Room very operational, but Dreykov has created a new, frightful method of control of his Widows.

From afar, he can operate their movements and terminate their lives with a few computer buttons. It's an overt form of male control over female bodies with a wide metaphorical meaning that "Black Widow" transforms seamlessly into comic-book allegory.

Natasha and Yelena resolve to topple Dreykov and the Red Room, a mission that requires them to reconnect with their once parents. Once freed from a Siberian prison, Harbour, as the Red Guardian, gives the film a comic lift, playing a cartoonishly washed-up former super soldier who has long receded from even pseudo family life.

As a unit, they are an emotionally damaged bunch, making their task throb with not just vengeance but their own psychological healing. Pugh, the fast-rising star of "Lady Macbeth" and "Midsommar" and an actor of ferocious strength and poise, is especially good as Yelena, the younger of the two and the only one of the Ohio clan to not know it was all a ruse.

They all also owe their powers to the crippling, cruel system that made them. For Natasha, this is a discomforting truth always just below the surface. As played by Johansson, excellent here, every action for Natasha is tinged with acceptance and revulsion for her own nature. "Black Widow" becomes, kind of stirringly, a movie not about franchise extension but sisterhood, improvised families and traumatic pasts.

Marvel movies, like the moon, are categorized in phases. "Black Widow" is meant to kick off "phase four," but it's not clear if the empire is waxing or waning. Unlike any previous Marvel movie, this one will be streaming at home, on Disney+ for $30 at the same time it lands in theaters – fallout from the pandemic, to be sure, but also a once unthinkable retreat for an unstoppable box-office force.

But if "Black Widow" is a sign of things to come – new directorial voices, grittier tones, feet (at least sometimes) on the ground – it's a promising new direction.