'Power of the Dog’ wins big at uninspiring Golden Globes 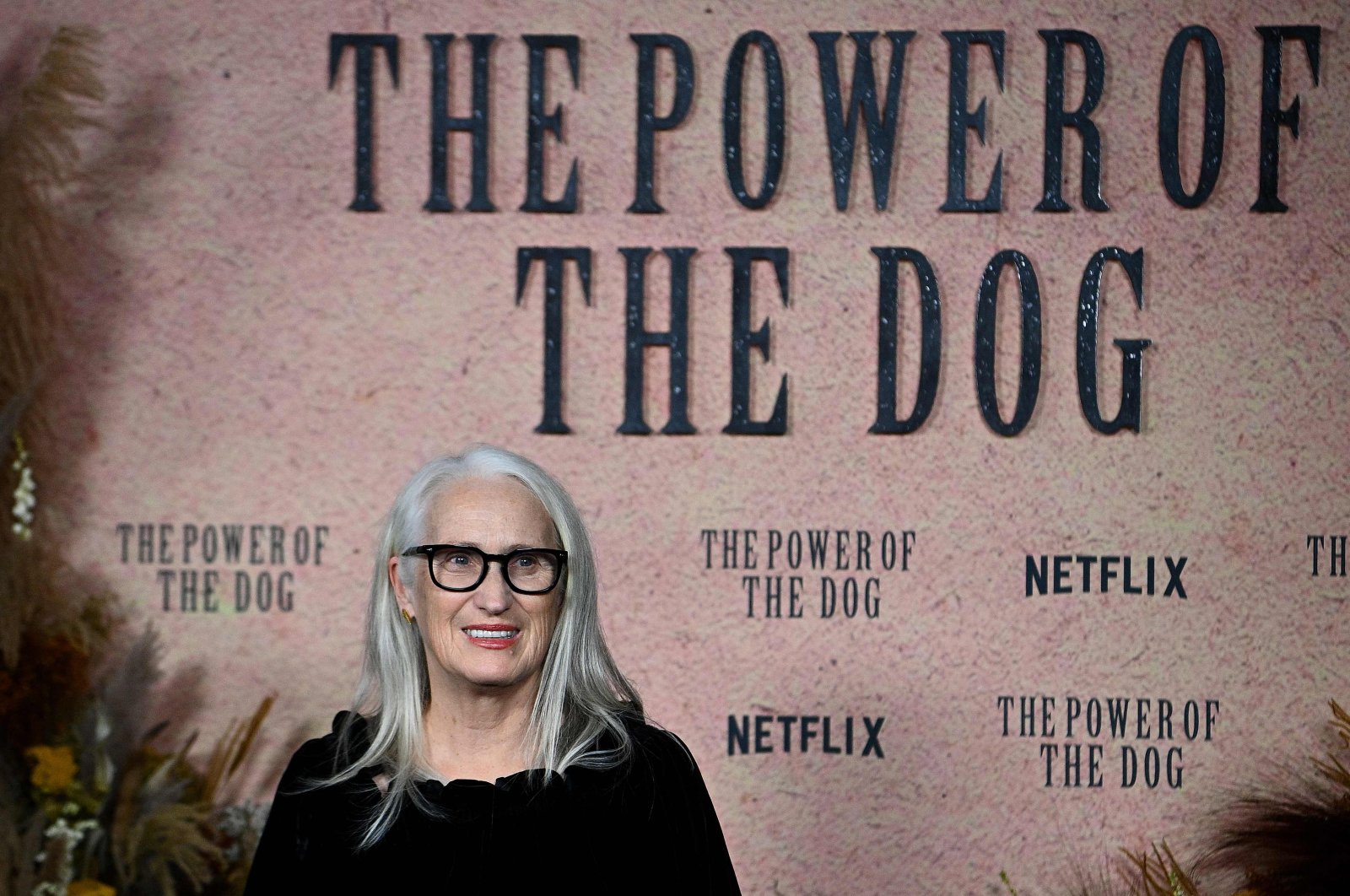 In this file photo taken on October 18, 2021, New Zealand director Jane Campion poses during a photocall ahead of the premiere screening of her movie "The power of the dog" in Paris. (AFP)
by Reuters Jan 10, 2022 11:31 am
RECOMMENDED

The 2022 Golden Globes were privately held on Sunday without its famous star-studded telecast and audience. Dark Western "The Power of the Dog" and a remake of "West Side Story" received the biggest awards, leaving their mark on the ceremony.

Actors, directors and film studios largely ignored the Globes this year after criticism in 2021 that its organizers, the Hollywood Foreign Press Association (HFPA), operated with questionable ethics policies and no Black members. Longtime broadcaster NBC opted not to air this year's awards.

The HFPA, which has expanded and diversified its membership and overhauled its practices, announced its picks at a Beverly Hills ceremony held behind closed doors. Recipients of HFPA philanthropic grants sat in the audience and announced winners. Honorees were revealed via social media and a live blog.

Steven Spielberg's "West Side Story," a tale of young love set among rival street gangs, was named best musical or comedy film. Released by Walt Disney Co, the film earned three trophies overall, including a best actress award for Rachel Zegler in a musical or comedy.

Netflix's "The Power of the Dog" also won three awards including the best director for Jane Campion.

Other acting honors went to Will Smith for playing the determined father of tennis stars Venus and Serena Williams in "King Richard" and Nicole Kidman for her role as Lucille Ball in "Being the Ricardos." Andrew Garfield won a best actor award for his role as playwright Jonathan Larson in musical "Tick, Tick... Boom!"

Netflix led all studios with four film awards. HBO and HBO Max landed the most television honors, with six.

Mj Rodriguez, chosen as best TV drama actress for her work on "Pose," was among the few stars to acknowledge her award, which was the first Golden Globe given to a transgender actress.

"Wow! ... Thank you!" she wrote on Instagram. "This is the door that is going to open the door for many more young talented individuals."

The Globes ceremony normally draws millions of TV viewers to a celebrity-filled red carpet and champagne-fueled dinner that makes for a glamorous yet informal contrast to the Academy Awards, the industry's highest film honors.

In the past, winning a Globe provided a boost to movies making a run for the Oscars. This year, the significance is less clear. Awards watchers will follow closely other upcoming award ceremonies such as the Screen Actors Guild and the Producers Guild of America ahead of the Oscars on March 27.

Critics had objected to the HFPA not having any Black members and raised questions over whether close relationships with Hollywood studios influenced the selection of nominees and winners. In May, Tom Cruise returned the three Golden Globe statuettes he had won.

The HFPA responded by adding 21 new members, six of whom are Black, banning gifts and favors, and implementing diversity and sexual harassment training. The group now has 105 members and plans to expand this year.

"We are on a journey of change and we're not going to rest," HFPA President Helen Hoehne said in a statement on Sunday.

At the ceremony, the HFPA played videos of support from actors Jamie Lee Curtis, who praised the group's charitable work, and Arnold Schwarzenegger, who said winning a Golden Globe in 1977 helped launch his career.

"They understand that to support the arts and creativity, one must cultivate new, original and diverse voices," he said of the HFPA.