Will Smith plays Venus and Serena's 'lion' in 'King Richard' 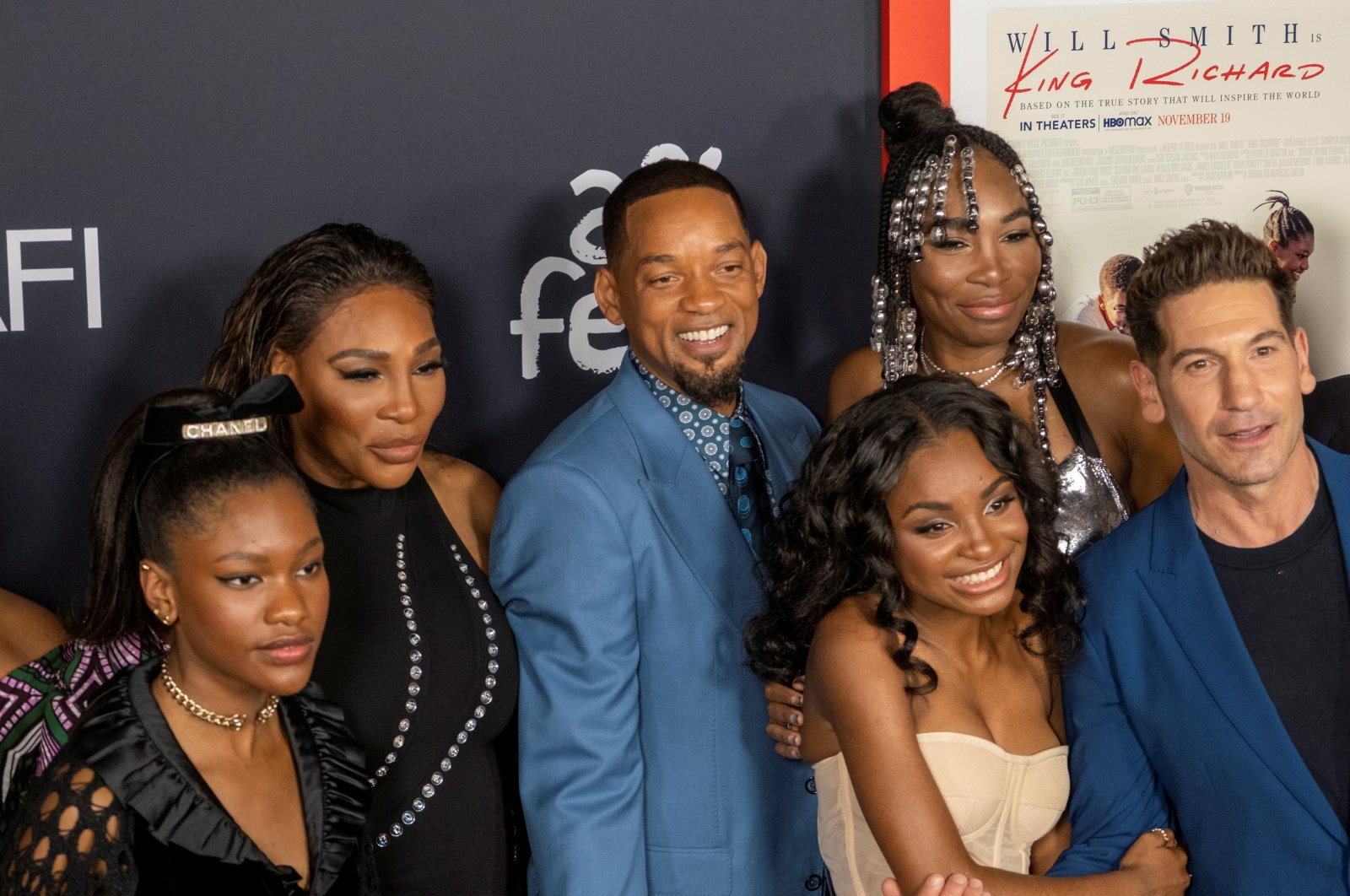 The movie could soon cap another unlikely journey, with former "Fresh Prince of Bel-Air" star Will Smith heavily tipped to win his first Oscar for best actor, as their larger-than-life father, coach and manager.

Smith "fell in love with Richard Williams" two decades ago, after watching him leap to 14-year-old daughter Venus's defense in an interview with an overly insistent journalist.

"The look of Venus's face ... the image burned in my heart," he told an online press conference. "Because that's how I wanted my daughter to look when I showed up," he said.

"I knew I wanted to show a father protecting a daughter like that to the world," said Smith, who signed on to star and produce in the Warner Bros film.

The film, which had its Los Angeles premiere Sunday during AFI Fest, focuses on how the Williams' unusual and tight-knit family in an impoverished and mainly black neighborhood of the same city shaped their future success.

Richard Williams, a self-taught coach, famously wrote a 78-page plan to make Venus and Serena the top players in the world before they were even born, having learnt about the lucrative prize money on offer.

Venus – whose seven Grand Slam titles would later be eclipsed by Serena's 23 – occupies more of the screen time, having paved the way for her younger sister with early wins at junior tournaments.

"She's so humble, she doesn't even look at the status, or who's bigger ... being given this opportunity to show the world exactly what Venus did, is so, so important," she added.

Growing up seeing "girls that look like me are in a sport that is predominantly a white sport ... means so much to me," said Sidney.

The film follows Richard's efforts to find his daughters a professional coach at snooty Californian tennis clubs, and how he was initially met with rejection, ridicule and racism.

The Williams family would later boycott the prestigious Indian Wells tennis tournament in California for 14 years, after booing that Richard slammed as racist, and which Serena later likened to a "genteel lynch mob."

Serena, whose fiery temper has left her at loggerheads with officials on occasions, was banned from wearing a "Black Panther"-inspired black catsuit at the French Open in 2018.

"Every time they come on the court, they are these walking revolutionaries," Aunjanue Ellis, who plays their mother and fellow coach Oracene, told AFP.

For Smith – a father of three – watching Richard Williams protect his daughters all those years ago helped to shape his performance.

"It was like (Venus) had a lion. And she was so confident and so comfortable that her lion wasn't going to let anything happen to her," he recalled.

While Venus and Serena, plus two of their half-sisters, are involved with the film, Richard did not participate, and the film's largely positive portrayal also hints at marital infidelity.

"He would just slide into Richard Williams, which has all of that exuberance of Will Smith, but this whole other side of his character – it was startling to see," said co-star Tony Goldwyn.

Smith is the current bookmakers' favorite to win best actor at February's Oscars, having missed out for his portrayal of boxer Muhammad Ali in "Ali," and in "The Pursuit of Happyness."