Ritchie and Statham: A hilarious, perfect partnership of 25 years 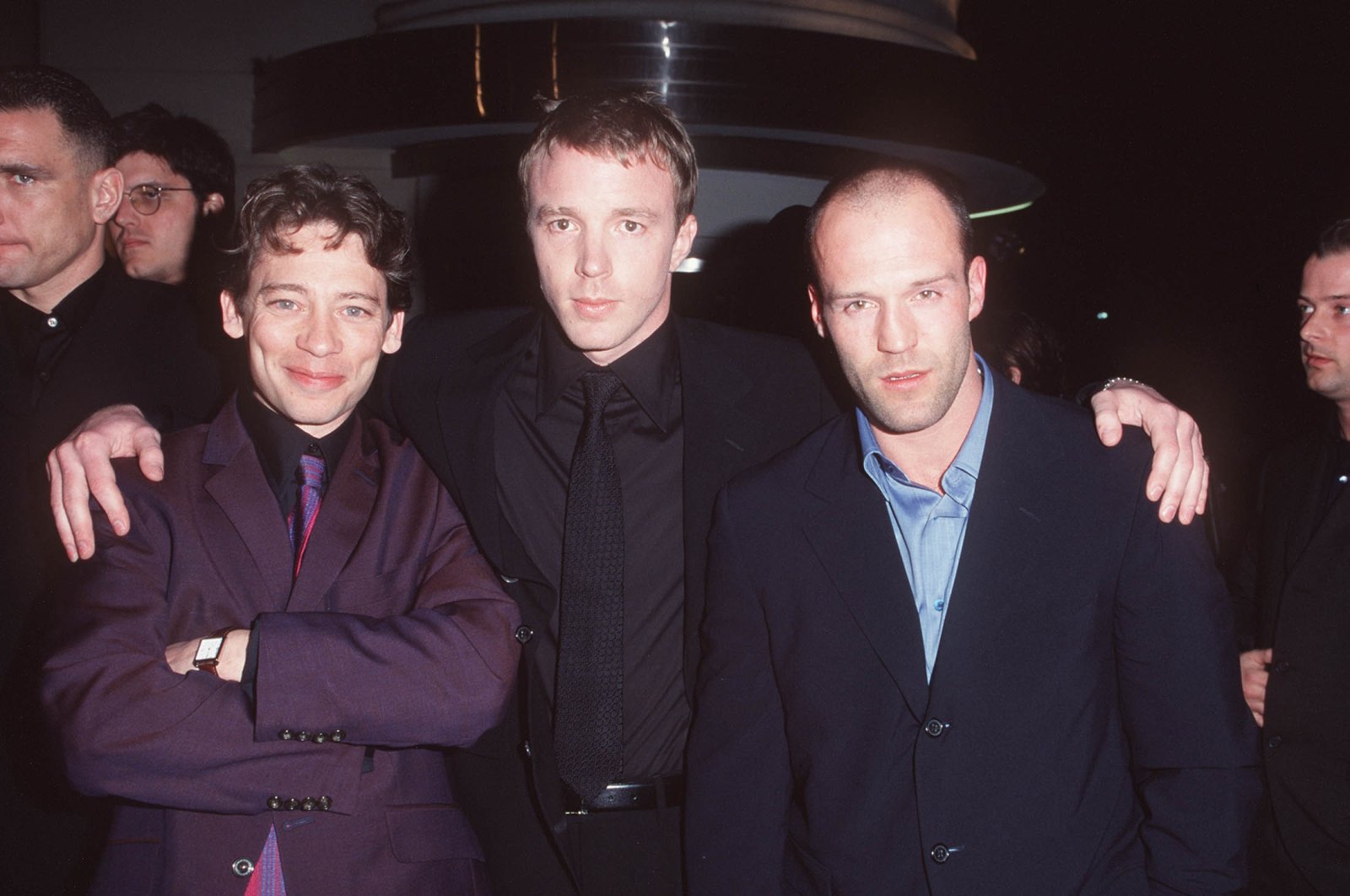 It has been over 25 years since the first time actor Jason Statham and director Guy Ritchie joined forces, and their partnership has given us many hilarious flicks over the years

Renowned British director Guy Ritchie recently reunited with famed action star Jason Statham for the thrilling “Wrath of Man,” marking the third collaboration between the two fellow Brits, and a very successful one at that. So, what has the beautiful and prosperous partnership of Ritchie-Statham (or Statham-Ritchie) brought us over the years? Let's take a look at their two most famous and popular, and probably the greatest, films together.

It's hard to believe that it has been 23 years since the release of “Lock, Stock and Two Smoking Barrels” in 1998, the directorial debut of Ritchie. Even then we could see his sharp, unique style even though it wasn't yet quite where it should be. It was also the start of his working relationship with Statham, and many others whom he would work with on several occasions.

A beautiful, intricate and tangled series of plotlines, the trademark of Ritchie, sees a close friend group of Eddie, Tom, Soap and Bacon have the bright idea of putting together $100,000 to put Eddie, a genius card player, into a high stakes game where he can win their money several times over. Everything goes awry, however, because the game is rigged, and the group finds themselves massively indebted to Harry, the organizer of the games, for a sum of $500,000.

Meanwhile, Harry plans to get his hands on two antique shotguns that are going to be sold at an auction at approximately half a million, and also they stand as what gives the film a large part of its title. So, Harry sends his enforcer to hire two goons to steal the shotguns before they are sold.

Quentin Tarantino's debut works of "Reservoir Dogs" and "Pulp Fiction" spring to mind immediately. Both idiosyncratic directors have made their name with their sharp, witty dialogue and spiraling plotlines, and both provide quite a few chuckles, though Ritchie leans more heavily on the side of comedy and Tarantino more on drama. What is also obvious from the get-go is that both talented men have had distinct styles even in their first films.

Ritchie weaves through the group of friends, which includes Statham's Bacon character, and the hilariously idiotic goons on their adventure to steal the shotguns. For good measure is thrown in Harry's debt collector Big Chris, played ingeniously by ex-footballer Vinnie Jones who was making his actorial debut in film.

Our group, who in their own rights are a bunch of poor decision-makers, get the bright idea of stealing the cash and drugs from a local cannabis grower, and his hysterically aloof and half-witted group of friends, after hearing about their neighbor's, who are a brutal gang, plans for a heist themselves through the ever thin walls that divide the two homes.

So, the gears start turning as everything is set on a collision course. The friend group, the goons, Harry, the cannabis growers, Big Chris and his son who never leaves his sight, and the gang, all encounter one another at one point in the film in a beautiful collage of criminality and stupidity speckled with sheer luck and hilarity.

The plotlines and the dialogue are so unique and at times so bizarre that one would be justified in wondering how in the world Ritchie came up with this stuff. As he himself explains in interviews, the stories are mostly based on Ritchie's own catalog of pub legends.

As Ritchie says, through the years he has listened and collected various bizarre, hilarious and downright unbelievable stories told in pubs across the U.K., most of which are part of the local town legends, and he has worked on them for years to get a strikingly unique script out of them.

There were so many of these stories that many were left over, and that's how we got Ritchie's next film “Snatch,” a collection of the remaining pub legends.

Ritchie ties the plots together beautifully and on occasion violently. Meanwhile, Statham, although this time not on the forefront or standing out as much as some others, delivers dry British humor perfectly and his mostly profanely questioning manner makes one feel like “Yeah, that is what I would be saying and asking in that situation,” though most of us probably could not think up the vocabulary as perfectly on the spot.

More ensembles and a treasure trove of accents

Only two years after his debut film, Ritchie had managed to put together all these leftover pub legends into one beautiful ensemble mosaic in the form of “Snatch” in 2000. “By the time 'Snatch' came, I had zero anxiety about making a film,” says the director himself, and it truly shows. All the stylistic decisions of his previous work, ripen and shine brightly in "Snatch." His dialogue is sharper, his writing is punchier, his directing and editing other-worldly.

Another uniquely British story, this time around it is set in the London criminal underworld with two main intertwined plotlines. Statham comes more to the forefront among the ensemble cast as his character, a small-time boxing promoter named simply the “Turkish,” leads one of the main plots, while the other part of the film deals with the search for a stolen diamond.

Turkish finds himself under the thumb of a ruthless gangster who is ready and willing to have his subordinates carry out severe and sadistic acts of violence. How does he end up in this situation? In beautiful Guy Ritchie style, as he sends his partner Tommy and his boxer Gorgeous George to purchase a caravan from a group of Irish Travelers.

One thing leads to another and George finds himself fighting Mickey O'Neil, a bare-knuckle boxing champion who badly injures George.

Left with no boxer but having promised the gangster a fight, Turkish ends up persuading him to put Mickey in the fight instead, and Mickey only agrees when Turkish accepts buying a new caravan for his mother. So, Turkish leaves the whole exchange with borrowing one caravan when he was trying to buy one.

The life of Turkish goes down the toilet after that as the gangster, named "Brick Top," tells him that the game is rigged and his fighter needs to go down in the fourth round. However, Mickey has other ideas and instead of going down, he knocks his opponent out in the fourth round.

Statham's shocked faces, dry humor and lines of questions and dialogue most in disbelief throughout are a joy to watch but one would be criminal not to give the lion's share to Brad Pitt who plays Mickey marvelously.

I mean, that accent is so hilariously unintelligible. If nothing else, his accent on its own makes the whole flick a side-splitting comedy. And add to that the incredible, literally unbelievable, situations the characters find themselves, you find a film that is more laughable, in the good sense, than most comedy films which are solely focused on the comical.

Ritchie perfects his vision and provides a timeless film that has aged like a fine wine, and Statham along with many others of the large cast including Pitt and Jones, give truly memorable performances which should not be forgotten in their long careers.

This is some of the best acting you can see in most of these actors' careers, including Statham and Pitt, but comedic acting sometimes gets overlooked, underappreciated and underrated.

In a time of humorless comedies, these two films are a must-see, especially if you like the British-style dry humor and can enjoy Ritchie's unique directorial work. Two phenomenal artists, Ritchie and Statham, would go on to work together again in “Revolver” in 2005, and it has taken them more than 15 years to meet again on a project with the release of the “Wrath of Man.” I, for one, from the bottom of my heart, say, “Welcome back pals!”