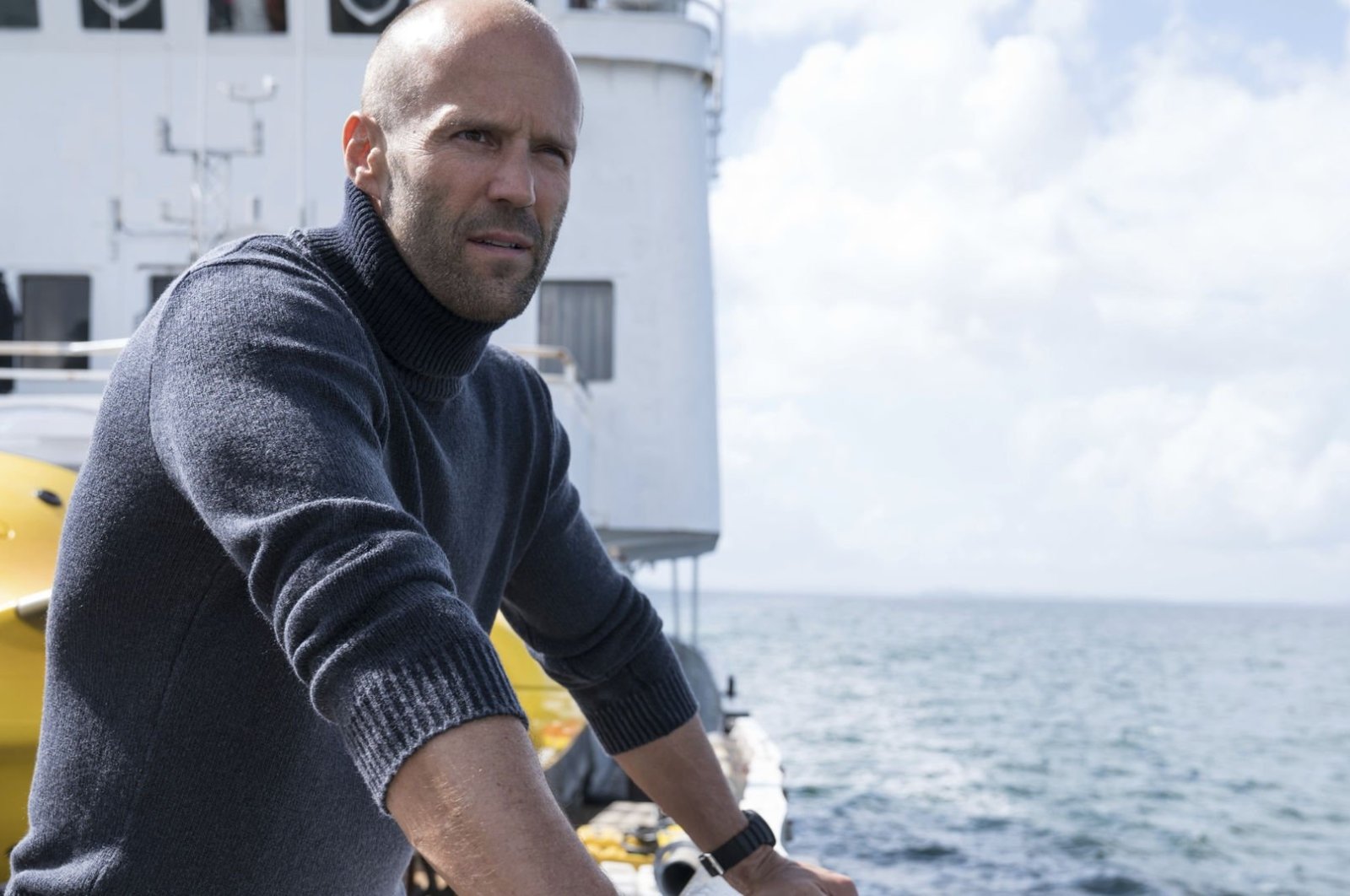 Actor Jason Statham looks into the distance in a scene from the 2018 action flick “The Meg.” (Archive Photo)
by Anadolu Agency Mar 12, 2021 4:18 pm
RECOMMENDED

Hollywood action star and box office darling Jason Statham on Friday sang Turkey's praises after working for two months in the Turkish Riviera to shoot his next project.

Statham, 53, said that he was very impressed by Turkish culture and hospitality and that he wanted to come back to sunny Antalya with his family.

Statham was in the Mediterranean resort city for his role in the action and thriller flick “Five Eyes,” the latest offering by British auteur director Guy Ritchie.

While staying at a hotel at Belek Tourism Center, Statham also met with Ali Şafak Öztürk, the hotel chairperson, who said he was glad to host the movie star.

Statham and Ritchie have been soaking in the natural and cultural riches of Turkey during their time in the country and the famed Turkish hospitality.

The duo attended the opening ceremony of the Istanbul Cinema Museum in February, which welcomed art lovers at the Atlas Theatre building on the touristic Istiklal Street following two-years of restoration work.

Statham and Ritchie, along with actor Josh Harnett and Ritchie's wife Jacqui Ainsley, surprised President Recep Tayyip Erdoğan, who was also in attendance, when they wished the president a happy 67th birthday.

The president and first lady Emine Erdoğan thanked the Hollywood attendees and shared a cake.

Meanwhile, Ritchie, who is famous for his films like "Snatch," "The Gentlemen" and "Sherlock Holmes," recently paid a visit to the Istanbul landmarks Hagia Sophia Grand Mosque and Topkapı Palace.

He toured the city with his crew, accompanied by his wife Ainsley, before leaving for Antalya with his crew members to continue working on the movie project.

Statham is known for his roles in the recent widely popular “Fast and Furious” movies, as well as the “Transporter” series.

“Five Eyes” is not the first collaboration between Ritchie and Statham, as the duo previously worked together in 1998 in crime and action comedy “Lock, Stock and Two Smoking Barrels,” which was Ritchie's first feature film and directorial debut.

Shooting in Antalya for “Five Eyes” began on Jan. 21, and the giant botanical park where the international horticultural exposition EXPO 2016 was held had been turned into a film set for the movie.

In addition to the EXPO area, the filming of “Five Eyes” also included other spots of Antalya like the historic city center Kaleiçi and the city's Cumhuriyet Square.