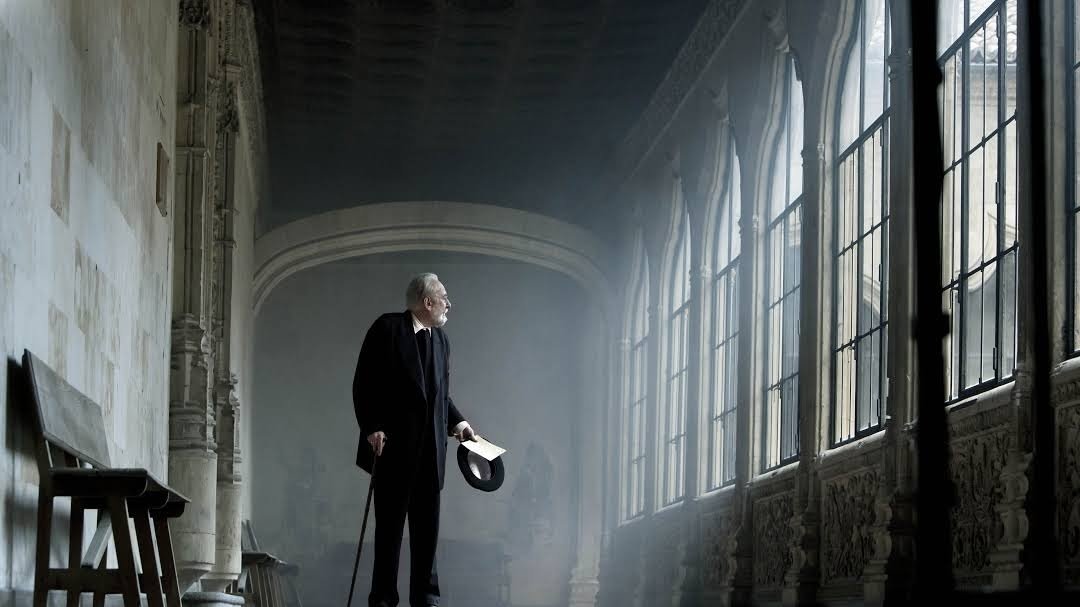 A special selection of 17 films will be presented at the coup, resistance and freedom-themed On5sıfır7 Film Week, organized by the Association of July 15 with the support of the Ministry of Culture and Tourism's General Directorate of Cinema

Organized by the Association of July 15 with the support of the Ministry of Culture and Tourism and the General Directorate of Cinema, the On5sıfır7 (Fifteenth of July) Film Week will be held for the second time on July 1-7 this year. The exclusive event will screen movies selected from Turkish and world cinema that feature coups and the themes of resistance and freedom.

This year, the Turkish republic will mark the sixth anniversary of the July 15 coup attempt that was orchestrated by the Gülenist Terror Group (FETÖ), which had infiltrated numerous state institutions. During the coup attempt in 2016, Turkish people took the streets in response to President Recep Tayyip Erdoğan’s call for resistance on the country's darkest night, gaining a legendary victory over FETÖ.

Among the events of the commemorations of the coup, the On5sıfır7 Film Week stands out as it uses cinema, the seventh art, as a tool to reflect the conscience. The event presents 17 movies about coups and resistance from world cinema in three movie theaters in Istanbul, namely the Atlas Cinema, the Tarıf Zafer Tunaya Culture Center and the Bağlarbaşı Culture Center, all free of charge.

Speaking to Anadolu Agency (AA) after a press meeting held at Naz City Hotel, Ihsan Kabil, general art director of the On5sıfır7 Film Week, said that they organize the event to remember the July 15 coup attempt and to raise awareness.

Stating that very important works related to coups in the history of cinema are included in the program, Kabul said, "We have expanded the framework a little more this year. We include films that deal not only with coups but also with colonialism and imperialism. There are economic and cultural coups around the world as well as military or political ones. We have chosen films that convey human stories in societies all over the world."

According to the art director, 17 films selected from 14 different countries, from Japan to Argentina, Palestine and Cameroon, will be screened throughout the week. Kabil also emphasized that a panel titled "Perception Management and Freedom in Cinema" moderated by professor Abdülhamit Avşar will be held on July 2, with professor Peyami Çelikcan, director Waad al-Kateab, writer Ali Saydam and author Yıldız Ramazanoğlu attending as speakers.

Cinema, most effective language of expression

Coşkun Yılmaz, the Istanbul provincial director of culture and tourism, also said that the stance taken by the public during the July 15 coup attempt was a turning point in Turkish history and underlined that such an important event should be relayed to the future generations through culture and art.

Pointing out that there have been many military coups in Turkey's recent history, Yılmaz said, "If we can produce a story, film, script, poem, epic, novel and scientific research of the July 15 coup attempt, it will be remembered even 20 centuries later. In my personal opinion, there is no language of expression as effective as cinema in revealing the negative or positive side of an event."

Among the movies to be screened during the film week are "For Sama," "Imagining Argentina," "Hotel Rwanda," "The Wind That Shakes The Barley," "Khaytarma," "Adı Soykırım" ("Its Name is Genocide"), "Kaigenrei" ("Coup d'Etat"), "Afrique Je te Plumerai"("Africa, I Will Fleece You"), "Mustafa Shokay," "Mientras dure la Guerra" ("While at War"), "Yatim Khaneye Iran" ("The Orphanage of Iran"), "Oversized Coat," "Nuestras Madres" ("Our Mothers"), "Karınca ("Ant") and "Vatana Yolaçanlar" ("Those Who Lead to the Homeland").

Directed by Waad al-Kateab and Edward Watts, "For Sama" was awarded best documentary at several events, including the British Academy of Film and Television Arts (BAFTA), Cannes and the British Independent Film Awards. Telling the story of a young mother during the Syrian civil war, “For Sama” takes viewers on an intimate and epic journey, from a woman's perspective, through the experience of war. It follows the birth of a child during Aleppo’s siege.

Christopher Hampton's "Imagining Argentina" is based on the 1987 award-winning novel by the well-known American author and critic Lawrence Thornton. In 1976, Carlos Rueda lives in Buenos Aires with his wife Cecilia and daughter. The city is shaken by successive kidnapping events. Carlos runs a children's theater, and Cecilia is one of the well-known journalists in the country. These abductions are the subject of her latest research. One evening, when Carlos returns home, he realizes that his wife has also been kidnapped. While trying to reach his wife, he gathers people in the same situation together. Searching for every clue, Carlos will also realize a supernatural power in himself. By looking at people who have lost loved ones, he can see what happened to that kidnapped person. At first, he can't convince anyone of his ability. However, this feature, which spreads from ear to ear in a short time, enables a large audience to gather around Carlos. Meanwhile, his wife, Cecilia, is going through an unbearable life.

"Hotel Rwanda" by Terry George, which is counted among the 100 most inspiring films by the American Film Institute (AFI), reflects the domestic political problems of Rwanda, which was a former Belgian colony, after gaining its independence. "The Wind That Shakes The Barley" by Ken Loach, on the other hand, won the Palme d'Or for Best Picture at the 69th Cannes Film. Loach is known for skillfully bringing the stories of people struggling for life in poor neighborhoods in British society. "The Wind That Shakes The Barley" tells the story of the two brothers' struggle against the British forces during the Irish War of Independence in 1920. Volunteer guerrilla units of workers from villages and cities are formed against the brutal group sent from England to suppress the freedom struggle of the Irish people. Damien's life is on the verge of a turning point, as he quit his profession as a physician and joined the freedom war with his brother Teddy.

The Ukrainian movie "Khaytarma" is directed by Akhtem Seitablaev. Khaytarma is the symbol of the eternal cycle of life and the name of the Crimean Tatar folk dance. During World War II, all people living on the green island of Crimea were deported to the inner regions of Russia at gunpoint, on the grounds that they cooperated with the Germans. In these events, which went down in history as the 1944 Crimean Deportation, there were pains that were hard to forget. The film tells the life story of Crimean Tatar Amet-khan Sultan, a Soviet army pilot who was declared a hero during the Soviet era, and his exile in Crimea.

Tülay Gökçimen's "Adı Soykırım" casts a spotlight on the torture of millions of Uyghurs, victims of the systematic genocide policy of the Chinese state on the Muslim Uyghur people in East Turkestan. The film shows how the Uyghur people are subjected to ill-treatment in prisons and concentration camps, how people who live under severe oppression struggle to survive and ponders why China is orchestrating such torture. Yoshishie Yoshida's "Kaigenrei" is a biographical and historical drama. The third film in director Yoshida's trilogy about Japanese recent history is about the life of Japanese right-wing ideologue Ikki Kita (1883-1937), whose ideas inspired a military coup attempt.

Jean-Marie Teno's "Afrique Je te Plumerai" examines the recent political events in the Central African country of Cameroon. In the film, how Cameroon was exploited by the French and its projections today are featured. "Mustafa Shokay" by Satibaldi Narimbetov is also another biopic in the program. The great changes that took place in the geography of Turkestan in the 19th century inflicted deep wounds on the peoples of Turkestan. Intellectuals and statespeople, who were forced to leave their homeland by political oppression and persecution, continued their struggle abroad. In the film, the life of Mustafa Shokay (1890-1941), one of these intellectuals and statesmen, is discussed.

In "Mientras dure la Guerra" by Alejandro Amenabar, a period lived in the axis of Miguel Unamuno, one of the important names of Spanish literature and the intellectual world, is told through the animation of real events and people. "Yatim Khaneye Iran" is directed by Abholghassem Talebi. Britain, which occupied Iranian lands during World War I, caused a great famine in Iran. Millions of people died in the country due to famine and a plague. In the film, the courage, sacrifice and struggle for independence of the occupied Iranian people during the war years is narrated fluently. The state of the country following the occupation is exhibited through the eyes of the daughter of Mirza Kuchak Khan, one of the leaders of the Iranian national movement that tried to form an alliance with the Ottoman Empire, and through the events in an orphanage.

"Oversized Coat," which had repercussions in the Arab world, also brings the realities of the Palestinian cause from 1987 to 2011 to the screen. The movie is written and directed by Nawras Abu Saleh. Cesar Diaz's "Nuestras Madres" presents a story in Guatemala. The country witnesses a lawsuit, in which high-ranking junta officers, who started the civil war and caused the death of thousands of people, stand before the court. A young anthropologist, Ernesto, while investigating people who went missing during the civil war, comes across the traces of his father who disappeared in the war thanks to an old woman whose story he hears one day.

Comprehensive information about the film week and movies to be screened can be found on the event's official website.