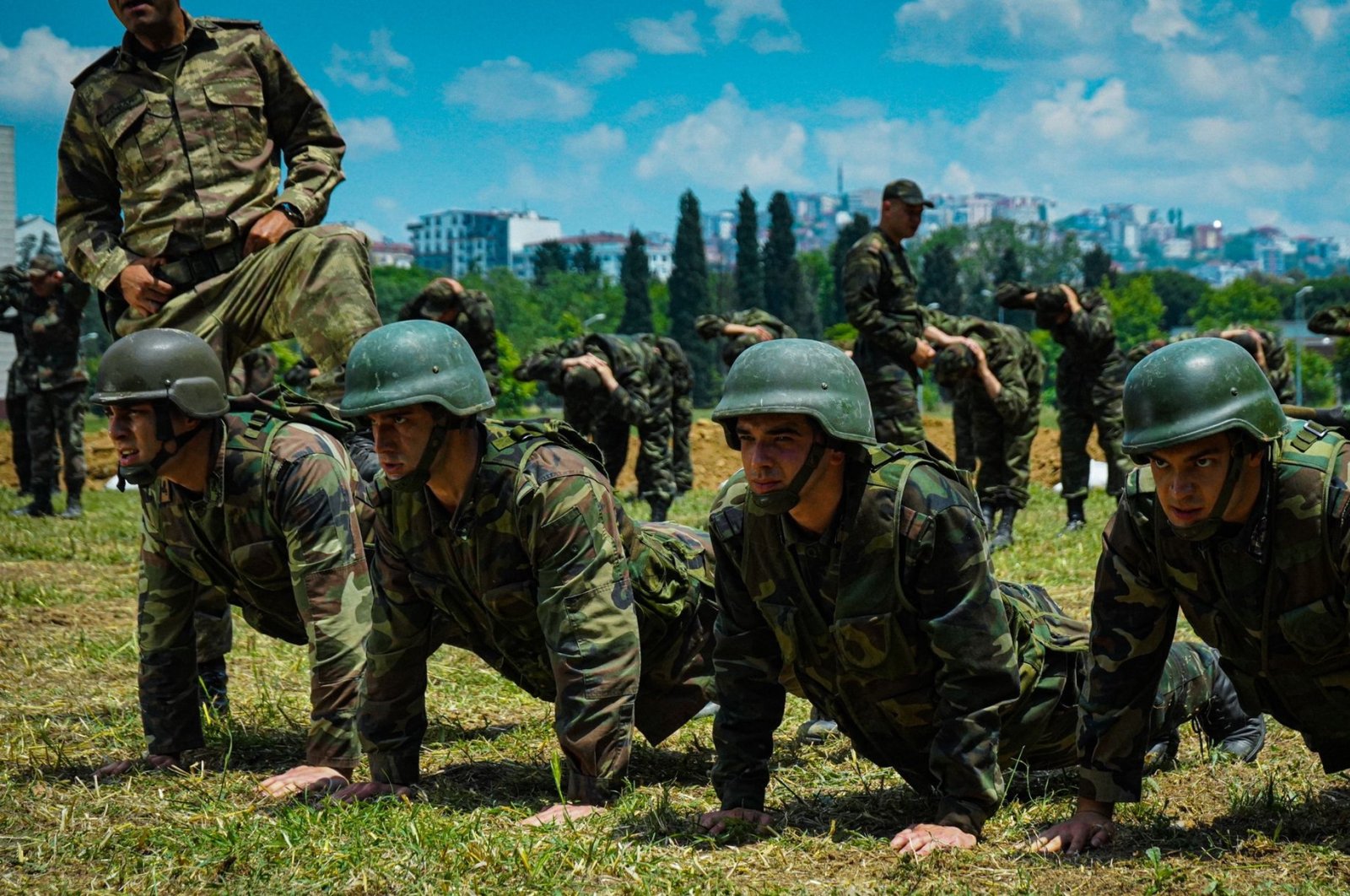 Societies in different parts of the world have shown resistance against oppressive regimes and have taken actions that fight for their just cause and defend their rights. But military forces have also occasionally intervened and overthrown legitimate governments, causing chaos and confusion.

Turkey is a country familiar with military coups, as it has faced various ones throughout the history of its republic. However, the latest coup attempt in 2016 was different from previous ones in that it was not brought on by officials in the Turkish Armed Forces (TSK). Rather, it was orchestrated by a specific group now known as the Gülenist Terror Group (FETÖ), which had infiltrated numerous state institutions. But Turkish people took the streets in response to President Recep Tayyip Erdoğan’s call for resistance on this darkest night and gained a legendary victory over FETÖ.

The Turkish Republic marks the 5th anniversary of the July 15 coup attempt this year. The country has been organizing various ceremonies, sporting activities and cultural events, such as heroic folk song concerts or exhibitions, to commemorate the black day on which scores were killed defending the country's democratic institutions against putschists. Even an exclusive history museum honoring the sacrifices paid to uphold democracy in Turkey on that night was opened in the heart of Istanbul in 2019, right next to the July 15 Martyrs Bridge.

Among the events of this year’s commemorations, On5sıfır7 (Fifteenth of July) Film Week stands out as it uses cinema, the seventh art, as a tool to reflect the conscience. Organized by the Association of July 15 with the support of the Ministry of Culture and Tourism and the General Directorate of Cinema and Turkish Radio and Television Corporation (TRT) – the national public broadcaster of Turkey – the event presents 17 selected movies about coups and resistance from world cinema in three movie theaters in Istanbul free of charge between July 12 and 18.

The event was introduced on July 8 in Istanbul’s Atlas Cinema with the gala screening of TRT documentary “Mahrem” (“Secret”), bringing the dark private structuring of FETÖ infiltration into the Turkish Armed Forces (TSK), plus the mysterious events in the lead up to the group's coup attempt on July 15, 2016, to the big screen. In the first episode of the documentary, the statements of FETÖ victims are included along with interviews of former members of the organization who are revealing their true identities for the first time since they benefited from the effective repentance law. It also shows how and by what methods the terrorist group provided the questions of military school entrance exams to young people it had specially trained to put into military academies. The documentary was shot in 159 different locations across four cities over a period of 11 weeks. Its episodes will also be presented to viewers on the TRT channel.

Following its launch, the film week started to screen many gripping productions with captivating stories. Let’s explore some of the movies on the program.

The first film in the event program is Turkish director Zeki Ökten’s “Ses” (“The Voice”). The 1986 production depicts a Mediterranean town that is swarmed by holidaymakers in the summer and houses only local fishing families in the winter. A strange young man comes to town one day. The young man, whom the townspeople refer to as the “contrarian,” has spent six years in prison for political reasons and faced various pressures before he came here. The movie offers a political story reflecting the ordeals of a depressing era.

The Argentine, Spain and Italy coproduction “Kamchatka” is the second movie in the event program. The production tells of life in Argentina after the military coup in 1976 through the eyes of a 10-year-old boy named Harry. After witnessing the "disappearance" of their dissident friends, a human rights lawyer and his investigative scientist wife flee the city and hide from the police in an empty summer house. The couple has two children: Harry and his younger brother El Enano. Family members adopt their new identities and try to lead a normal life. In the course of the events, a student using the pseudonym Lucas joins the family as well.

The Malaysian historical movie “1957: Hati Malaya” is directed by Shuhaimi Baba. The film focuses on Tunku Abdurrahman, the founder of the Alliance Party. Despite opposition from the British, who wanted to delay the independence of the country, Abdurrahman becomes the first prime minister of Malaysia.

Like “1957: Hati Malaya,” the Azerbaijani movie “Dolu” (“Hail”) also brings a historical story to the big screen for audiences. Directed by Elkhan Jafarov, it is based loosely on the First Nagorno-Karabakh War. At the end of the 20th century, the people of Nagorno-Karabakh were massacred before the eyes of the world, but no one heard the voice of these people. Adapted from the novel of the same name by the author Agil Abbas, this film focuses on the heroism of the Azerbaijani soldiers who fought in the Karabakh War against Armenian forces.

Another movie in the program revolves around Latin American politics. “Missing,” directed by Costa-Gavras, caused great controversy in the U.S. when it debuted in 1982. Young journalist Charles Horman, who lives with his wife in Chile, learns that the CIA was behind the military coup that took place in Chile on September 11, 1973. After a while, he is arrested, and no one heard from him ever again. His father and wife begin to search for the missing journalist. This search, which continues in the streets, alleys, government buildings, stadiums and morgues, causes the father, Ed Horman, to lose his trust in his country step by step. Jack Lemmon, one of the important actors of American comedic cinema, plays an interesting character in the role of the father. The movie was awarded the Best Adapted Screenplay at the Oscars and Palme d'Or at the Cannes Film Festival.

The 2014 French drama “The Search,” written and directed by Michel Hazanavicius, is a fascinating movie attracting attention to the event. The story of the movie takes place in 1999, during the Chechnya War. It centers around Carole, who works at a charity, and Hadji, a child affected by the war. Meeting Hadji at the refugee camp, Carole is very impressed with the boy and takes him into her home. But meanwhile, the little boy's older sister, Raissa, is desperately searching for her brother.

Moustapha Akkad’s cult movie “Lion of the Desert” also takes place in the event calendar. In 1929, during the Italian invasion of Libya, Libyans protect their homeland against Benito Mussolini's soldiers, who brutally massacred many in the country. They gather around the 82-year-old people's leader, Omar al-Mukhtar, and start an effective resistance. In order to put an end to this protracted war, Mussolini sends Rudolfo Graziani, one of his most relentless generals, to the region. General Graziani, who came to Libya to eliminate Omar al-Mukhtar and the Bedouins, takes drastic measures against Libya's irregular fighters as soon as he arrives. They could not hold on very long against the regular army of the Italians and were eventually defeated. The film, which tells a historical event with moving and effective images and was shot with wide production possibilities, attracted great interest with the outstanding performance of actor Anthony Quinn as Omar al-Mukhtar and Oliver Reed as Graziani.

1998 Pakistani–British epic biographical film “Jinnah” tells the life story of Muhammad Ali Jinnah, the founder of the Pakistani state, through flashbacks while his soul tries to find eternal peace. Flashbacks begin in 1947 with Jinnah's efforts to establish a separate society with the aim of establishing a Muslim regime.

The movies are being screened in Istanbul’s Atlas Cinema, Tarıf Zafer Tunaya Culture Center and Bağlarbaşı Culture Center. Along with the movie screenings, the film week will also organize a panel titled “Coup and Resistance Theme in Cinema.”