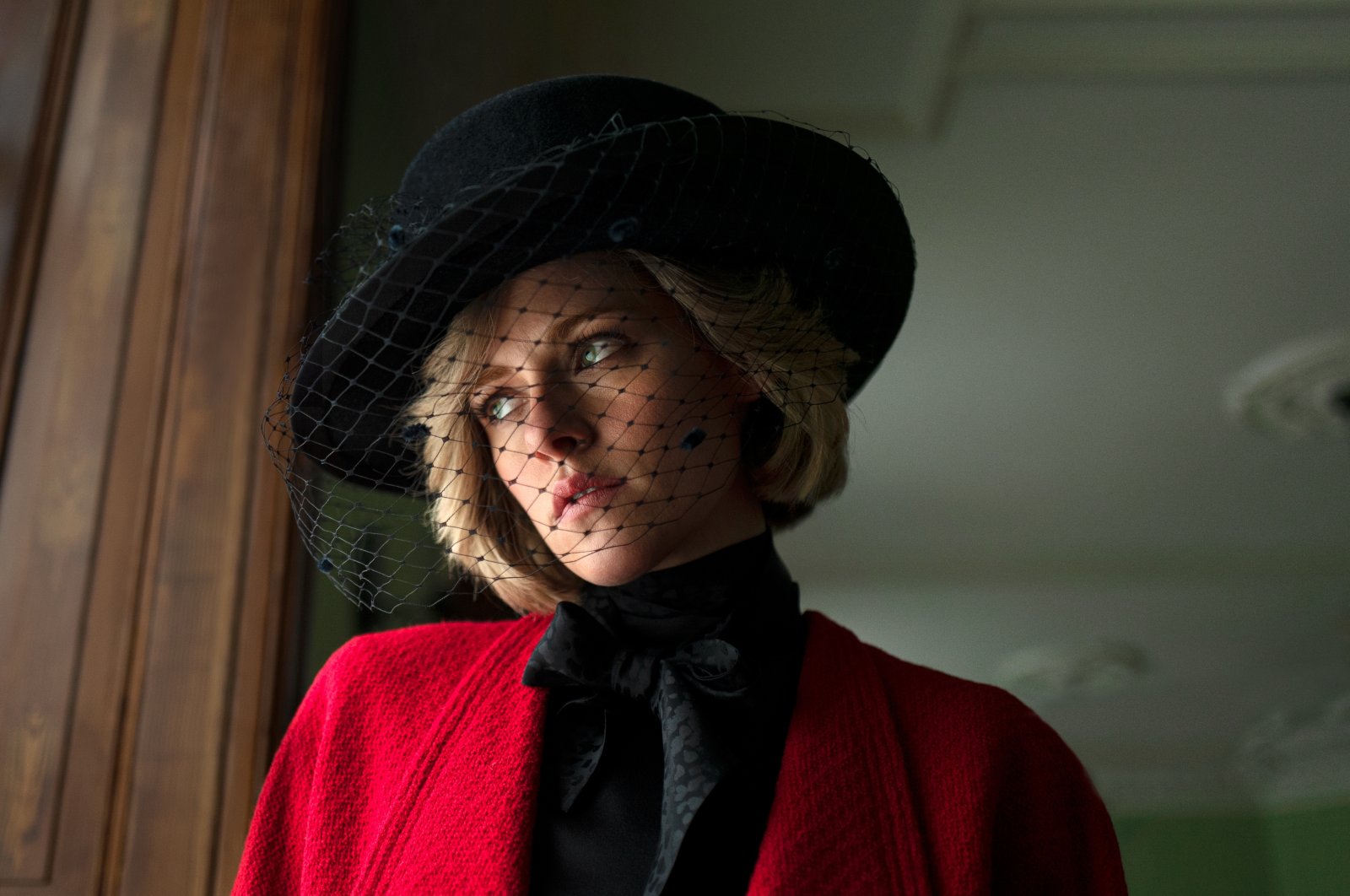 Chilean director Pablo Larrain's "Spencer" focuses front and center on a Christmas feast at the royal country estate featuring Princess Diana and other members of the royal family. It is a film about Christmas, but do not rejoice; it is in no way a Christmas film.

The movie tells the chilling tale of the Christmas celebrated by the British royal family in 1991. We visit Sandringham House, the Queen's country residence, for a tortured weekend as Princess Diana, suffering a severe psychological strain, battles with the constraints of her life, her marriage to Prince Charles long in tatters.

U.S. actress Kristen Stewart, familiar from "Twilight," shines in the leading role. Her resemblance to the princess is striking, from how she sounds to the way she walks and how she tilts her head to the side in uncertainty.

The plot, however, is less true to the original events. "It's a fable from a true tragedy," the film tells viewers at the start. Director Larrain, who took a similar approach in "Jackie" in 2016, paired with screenwriter Steven Knight ("Deadly Promises") to give us a Diana who is on the verge of collapse.

Every photoshoot becomes a drama, for her, while the Queen's country residence becomes a prison with even the curtains sewn shut. So that no one can see in. Or out?

The seasonal festivities make everything worse, with a tight schedule and dress code that denies Diana any individuality.

The other members of the royal family gaze at her coldly across the dinner table at the Christmas meal. Otherwise, we see the royals as a fairly mischievous set.

Diana, meanwhile, flees to the bathroom to throw up in between courses.

Her sons William and Harry notice that something is wrong with their mother, and William begs her to pull herself together in desperation.

If only it were that easy.

Diana has visions of Anne Boleyn that keep her from attempting suicide. Sometimes Diana imagines she herself is the doomed Boleyn, who was beheaded, enabling her husband, Henry VIII, to marry his third wife.

In other scenes, Diana sees her youthful self-dancing past her.

Her only source of support is her dresser Maggie, played by Sally Hawkins, and chef Darren McGrady, who actually existed in real life, played by Sean Harris.

But as Diana hangs over the toilet bowl, her gorgeous dress covers the whole of the bathroom floor.

Larrain creates calm, sumptuous images that always have a tinge of unpleasantness to them.

Fans of Timothy Spall will enjoy him in his role as an annoying overseer. Then there's Sean Harris, who breaks away from his image as a psychopathic terrorist from the "Mission: Impossible" films. We also see Jack Farthing play the extremely grim Prince Charles. We see less of German actor Richard Sammel, who has only a minor role as Prince Philip.

The oppressive weekend of Christmas 1991 is at times hard to watch, if not draining. You may find this as a positive feature, or a negative experience – but it is better than Oliver Hirschbiegel's kitschy romantic drama "Diana" from 2013 starring Naomi Watts.

"Spencer" is also tougher going than "The Crown," the Netflix series with an altogether more dynamic narrative style. Here, the dialogue is overloaded with metaphors and allusions in "Spencer," a poetic, heavily dramatized and exaggerated arthouse version of events.

Either way, the acting is a real highlight in this German-British co-production, filmed in Marquardt Castle in Potsdam and Nordkirchen Castle in North Rhine-Westphalia, among other places.

It would come as no surprise if Kristen Stewart, after her nomination for Best Actress in a Leading Role at the Golden Globes, wins not only this but also an Oscar.