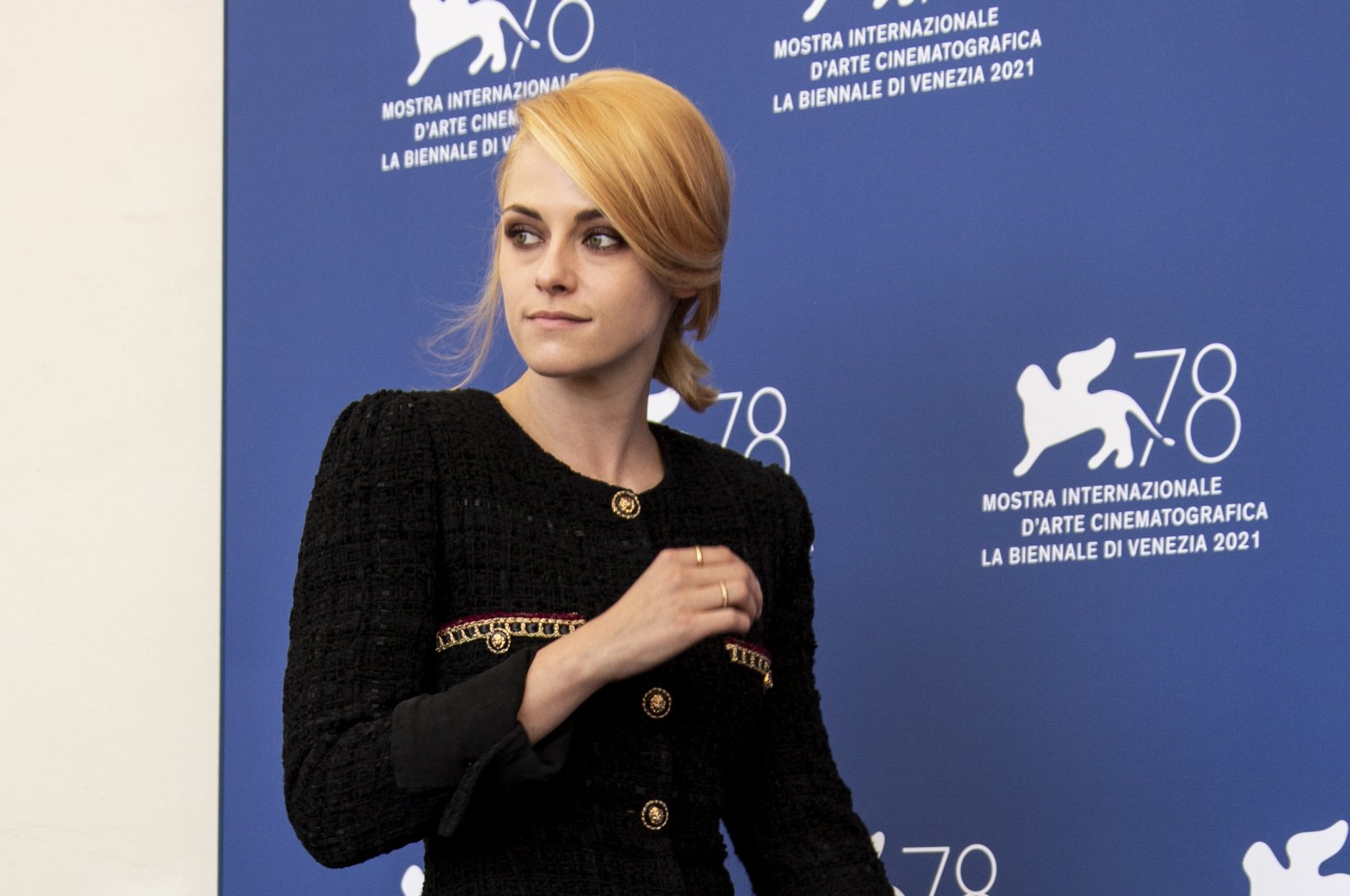 Kristen Stewart poses for photographers at the photocall for the film “Spencer” at the 78th Venice Film Festival in Venice, Italy, Sept. 3, 2021. (AP Photo)
by Associated Press Sep 07, 2021 11:04 am
RECOMMENDED

Hollywood star Kristen Stewart is no stranger to fame and the disadvantages it brings with it – the feeling of being robbed of one's privacy, battling off paparazzi at every corner – thanks to her role in the highly popular “Twilight” film series in which she starred in as a teenager. However, Stewart feels none of that is even comparable to what was endured by Princess Diana, whom she recently portrayed on the silver screen.

"She was the most famous woman in the world," Stewart said Friday. "I have tasted a high level of that, but really nowhere near that monumental, symbolic representation of an entire people or nation."

Stewart gained that perspective filming Pablo Larrain's "Spencer," the latest cinematic look at the late Princess of Wales, which premiered Friday at the Venice Film Festival.

Coming out in between seasons of Netflix's "The Crown" and with the Broadway musical "Diana" about to open, Larrain's upside-down fairy tale focuses on the three-day Christmas holiday in the early 1990s that preceded Diana's formal separation from Prince Charles.

Much has already been said, seen and written about the collapse of the royal marriage, Diana's deep unhappiness and the cruel confines of the British monarchy.

"Spencer" doesn't add new information or novel insights to the Diana pantheon, allowing itself instead to imagine what transpired in those three days at the queen's Sandringham estate in Norfolk, as the "people's princess" unraveled.

"I think the really sad thing about her is that she – as normal and casual and disarming as her air is immediately – she also felt so isolated and so lonely," Stewart told a Venice press conference.

"She made everyone else feel accompanied and bolstered by this beautiful light, and all she wanted was to have it back."

This is the second 20th Century icon-in-crisis that Larrain has brought to Venice, after he premiered "Jackie," a portrait of Jacqueline Kennedy Onassis starring Natalie Portman, in 2016. Larrain said he decided to profile Diana because he "wanted to make a movie that my mother would like."

The Chilean director said his mother adored Diana, dressed like her and even had her hair done like her – the famous Lady Di feathered shag. But he said the more he researched Diana, "I realized that she carried an enormous amount of mystery, and that mystery combined with the magnetism she had creates the perfect elements for a movie."

Indeed. Diana has been the subject of at least a dozen movies and TV series, from two U.S. made-for-TV movies about the 1981 royal wedding, released a year later, to a 1993 film based on the book "Diana: Her True Story" to the 2013 movie "Diana" starring Naomi Watts as the princess.

None have been particularly flattering to the monarchy. Queen Elizabeth II's motto is often summarized as "never complain, never explain." On that principle, Buckingham Palace has refrained from commenting on the many fictionalized accounts of the royal family's life, from "The Queen" – Stephen Frears' 2006 film about the aftermath of Diana's death – to Netflix's "The Crown."

Stewart, who rose to international fame as a teenage Bella Swan in the "Twilight" franchise, was asked how it felt to be portraying someone subject to a similar level of voyeuristic obsession that she has experienced. Stewart tackled similar subject matter in "Seberg," about the "Breathless" star Jean Seberg, which also made its out-of-competition debut at Venice in 2019.

She also defended the decision to again explore Diana's story, saying it's an imaginary piece of art, not an invasion of her privacy or that of her family's.

"There is a difference between intruding and the multiplicity that art brings to this world," Stewart said.

"I think if anyone made a movie about me, I wouldn't feel stolen from or taken from," she added. "There's nothing salacious about our intention. That would probably be more embedded in interpretation."