Tom Cruise reveals most 'impossible' daredevil stunt for next film 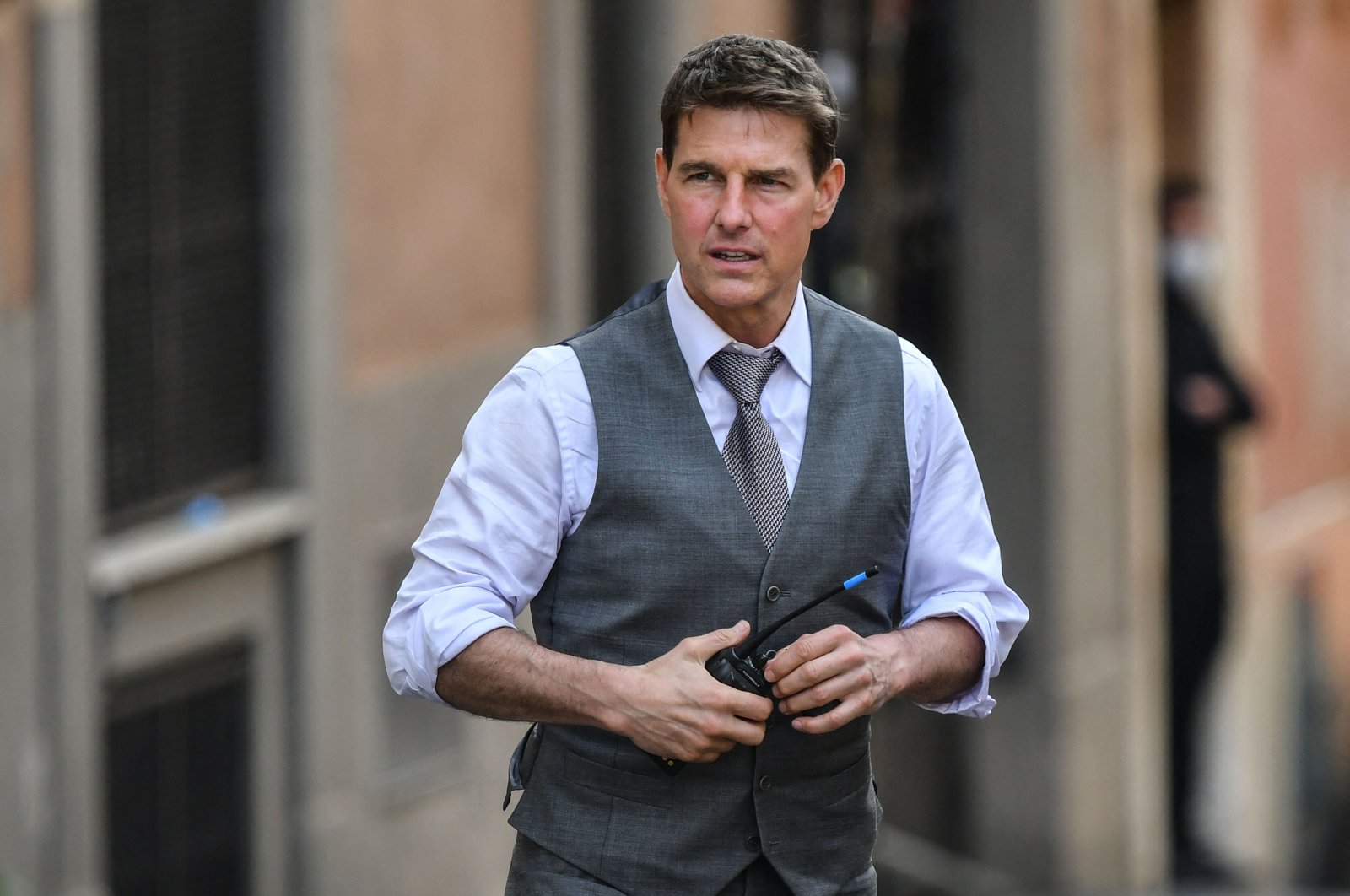 Hollywood's biggest action star – and its most famous walking death wish – Tom Cruise, renowned for performing his own stunts, revealed Thursday what he called his most dangerous sequence ever, based on a motorbike jump from off a treacherous cliff as he showed the clip from his upcoming "Mission: Impossible 7" movie to stun movie theater bosses at their annual convention.

Paramount used its slot on the final day of the CinemaCon trade show in Las Vegas to present clips from its upcoming features "Mission: Impossible 7" and "Top Gun: Maverick," with the two films' star Cruise appearing remotely via video.

"This is far and away the most dangerous thing we've ever attempted," said Cruise, introducing the stunt.

"We've been working on this for years. We're going to shoot it in Norway and it will be a motorcycle jump off a cliff into a base jump."

"I've wanted to do this since I was a little kid."

Behind-the-scenes footage showed Cruise preparing by performing more than 500 skydives and 13,000 motocross jumps before traveling to an elaborate ramp constructed on a remote Norwegian cliff to shoot the stunt itself.

The film's director, Christopher McQuarrie, nervously watched through his hands as Cruise successfully opened his parachute and landed safely before proclaiming: "I think I can hold onto the bike a little longer."

The 59-year-old Cruise, one of Hollywood's biggest stars for the past several decades, famously performs many of his own stunts, breaking his ankle during one hair-raising leap for the previous installment "Mission: Impossible — Fallout."

He was also center-stage in footage from the long-awaited sequel to 1986 smash hit "Top Gun."

Attendees were shown the film's opening 13 minutes, in which Cruise's Maverick tests out a futuristic and experimental supersonic jet in defiance of his U.S. Navy admiral, who wants to shut down the secretive program and replace it with unmanned drones.

A new trailer for the film showed Cruise teaching a new generation of fighter pilots.

The annual CinemaCon trade show typically features top Hollywood stars as well as never-before-seen footage, although A-listers stayed away from this week's event due to COVID-19 concerns.

Executives from studios and theater chains tried to draw a line under a difficult year with an upbeat message about the future of the big screen, also drawing on pre-recorded video messages from their stars.

"Sadly we did lose some of the theaters along the way, but most of you found ways to power through and are now back in business," he told attendees during Universal Pictures' presentation, which included his forthcoming musical sequel "Sing 2."

Universal also unveiled footage from next year's "Jurassic World: Dominion," which sees stars of recent installments such as Chris Pratt team up with original "Jurassic Park" alumni Jeff Goldblum, Laura Dern and Sam Neill to fend off the dinosaurs.

The studio showed off Jennifer Lopez rom-com "Marry Me;" the latest heist thriller from Michael Bay, "Ambulance;" and a terrifying new horror flick from Blumhouse starring Ethan Hawke as a sadistic magician, called "The Black Phone."

Lionsgate wrapped up the four-day event Thursday, earning one of the week's loudest cheers for footage from "The Unbearable Weight of Massive Talent" starring Nicolas Cage.

Cage, a Hollywood A-lister with a fanatical following, plays a version of himself in the film who is shunned by the film industry and forced to make a paid appearance at an eccentric billionaire super fan's birthday party.