Women in series on Barbarossa brothers: An Indian’s perspective 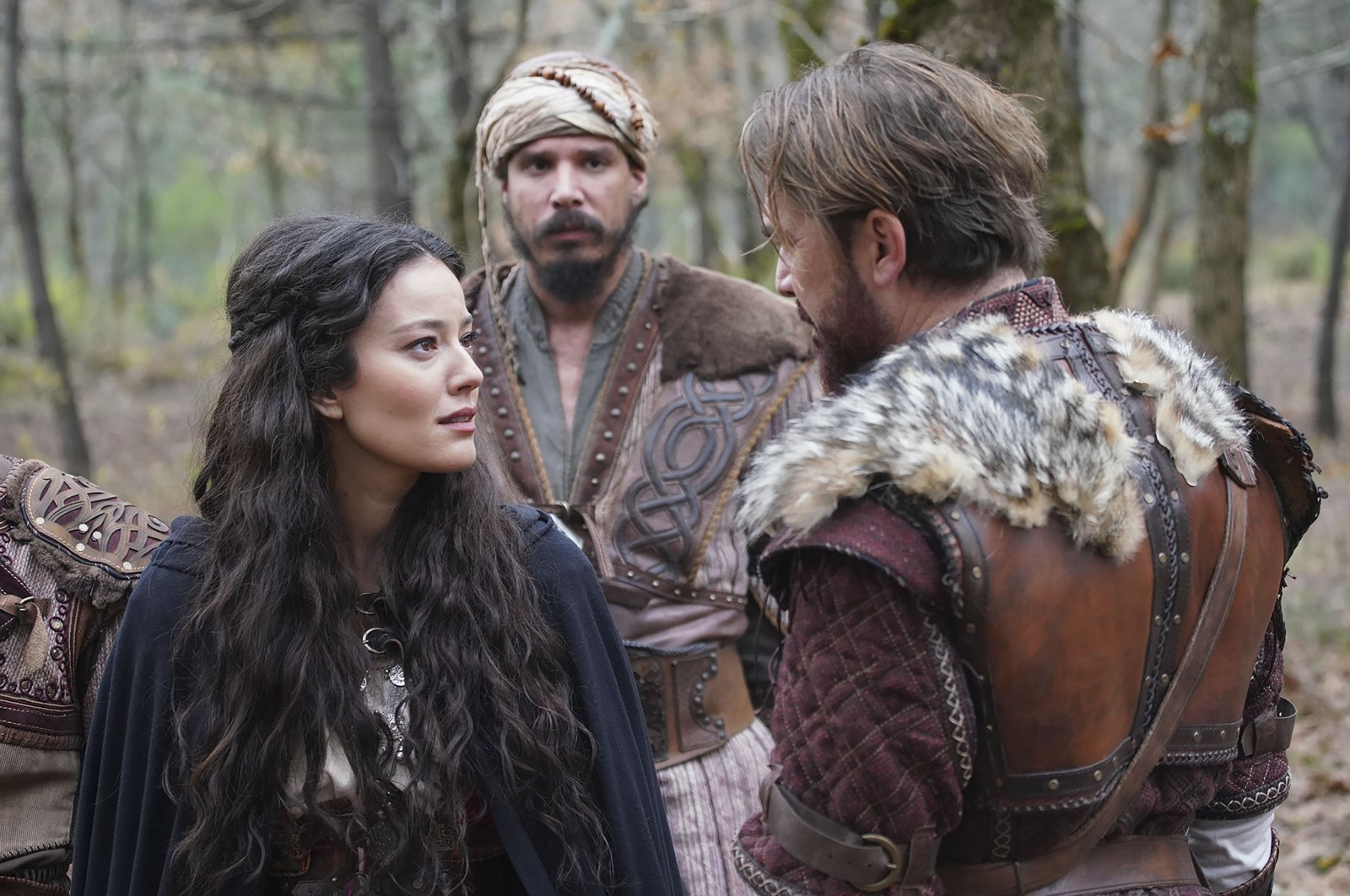 With every new episode of the Turkish period drama 'Barbaros: Sword of the Mediterranean' taking viewers by storm, let's take a closer look at the female characters of the series

Taking its place among the successful Turkish series that have conquered the hearts of viewers with their quality content, actors and filming, “Barbaroslar Akdeniz'ın Kılıcı” (“Barbaros: Sword of the Mediterranean”) details the story of the Barbarossa brothers, whose naval campaigns helped establish Ottoman supremacy in the Mediterranean. I previously wrote about the proper narration of the historical series, discussing its various elements from costume designs to music. Let’s dive further into the depths of “Barbaros: Sword of the Mediterranean” and examine the period drama from different perspectives, starting with its portrayal of women. When it comes to the women of the series, all I can say is the protagonist female characters brandish their attitudes as much as they do their swords unlike some period dramas portraying submissive women in a sultan’s harem.

“Barbaros: Sword of the Mediterranean” premiered on TRT1 – the first Turkish national television network, owned by state broadcaster TRT – in early September. Based on the true story of the Ottoman sailor Barbarossa brothers, namely Oruç (Aruj), Hızır (Khizr), Ishak and Ilyas, the plot of the series is strongly and naturally male-centric. The story has been tactfully spun against a grim, conservative 15th-century backdrop of a decisively male-dominated society. Despite this fact, the female characters' assertiveness has been emphasized in the series. The screenplay has been deftly handled while maintaining an optimum balance of facts and the writer’s wishful thinking, despite the fact that a writer has little freedom in a historical period drama.

In the story, one of the female characters introduced to us is Isabelle, who is an innkeeper revolting against her father to help her sailor friend Oruç. The character is played by actress Pelin Akıl, a charming mother of twins in real life. Oruç is her only hope for bringing back her imprisoned brother. In the process, she also confronts Oruç’s jealous lover-turned-wife Despina who blames her for wooing her husband. Standing strong amid all adversities, she does not hesitate to pull a knife to strike back at an attacker or even return to her evil father just to protect the innocent.

Another character, played by Melis Babadağ, is a short, fragile and kind-hearted caretaker of an orphanage. Zeynep is also skilled with a sword, daring to fight the royal soldiers. She undertakes a perilous journey to procure life-saving medicine for an ailing child. In the course of the events, she unwittingly gets caught up in the action and soon finds herself declared an outlaw. Incidentally, in real life, Babadağ is a strong advocate for children's causes, especially supporting those afflicted with rheumatic diseases. One of her scenes was refreshing to watch, where her answer to the cliche question posed by the protagonist, “You trust me, don’t you?” is actually negative.

The series also introduces many other strong female characters. For example, Esther, who is later called Esma, is a soothsayer whose keen sense of observation would impress even Sherlock Holmes. She holds the key to an unsolved mystery around which the entire story revolves. Oruç's wife Despina is also a Greek trader’s daughter who breaks norms and marries her beloved Muslim seafarer. Another character called Asiye is portrayed as a secretive midwife who can read minds and manipulate them according to her will.

Besides the sword fights between the men, the script has also been written around female entrepreneurs. Hüma Hatun, the aunt of the Barbaros brothers and a woman of steel, firm, composed and elegant demeanor, declares the setting up of her shop. Moreover, she, with her head held high, demands that her license be signed by the powerful Emir Karabay and his wife Firuze. I am sure this would resonate with the present-day female entrepreneurs who are challenged every day in the male-centric corporate world.

These are just a few of the characters that come alive and amuse us in ES Film’s “Barbaros: Sword of the Mediterranean.” The series is in its first season with currently 15 episodes having been aired. Directed initially by Doğan Ümit Karaca and later by Berat Özdoğan, screenwriting has been expertly handled by Serdar Özönalan and Hasan Erimez.

Irrespective of the genre or the production, a consistent feature in every Turkish drama that never fails to amaze me is the convincing and natural acting of even the most insignificant character. Thanks to the talented actors, and a well-conceived script, one almost feels as if a candid camera had been set up to capture the natural conversations among the characters. Even without any dialogue, many scenes are picturized with communication transpiring merely through a gaze or a gesture. The same goes for the female characters of the Barbaros series. But, the director of photography, Ersan Çapan deserves recognition. He is clearly at the top of his game. In one episode, an underwater rescue operation has been beautifully captured much to the thrill and excitement of an adventure-lover. Music composed by Ender Gündüzlü and Metin Arigül is strongly redolent of the time and place where the story unfolds.

The success of a period drama depends as much on the art director and the costume designer as it does on the other aspects. The art director for "Barbaros: Sword of the Mediterranean," Erol Taştan, has successfully recreated the aura of the period, even in the smallest details in scenes set in places like a barque, a harbor, village or a common person’s house. Careful research combined with refined taste has resulted in creating signature costumes, designed by Sema Gücer, befitting the portrayed characters. While the costumes of the sailors are mesmerizing in the historical sense, the costumes of the female characters also work to create the feeling of authenticity in the series. All these factors contribute to giving the viewers of “Barbaros: Sword of the Mediterranean” a sense of reliving history. The imagery is so vivid that the viewer gets a feeling of being teleported, traveling through time and space, to watch the life of people of a bygone era unfold before their eyes.

Lastly, I just want to mention another successful element in the series that has caught my attention. Interspersed between scenes of action are the birds-eye views of the sets of the recreated medieval Alexandria, Kalymnos and Midilli in the series. Captured by the sweeping drones, they will enthrall you, and you will find yourself swaying to the accompanying music.