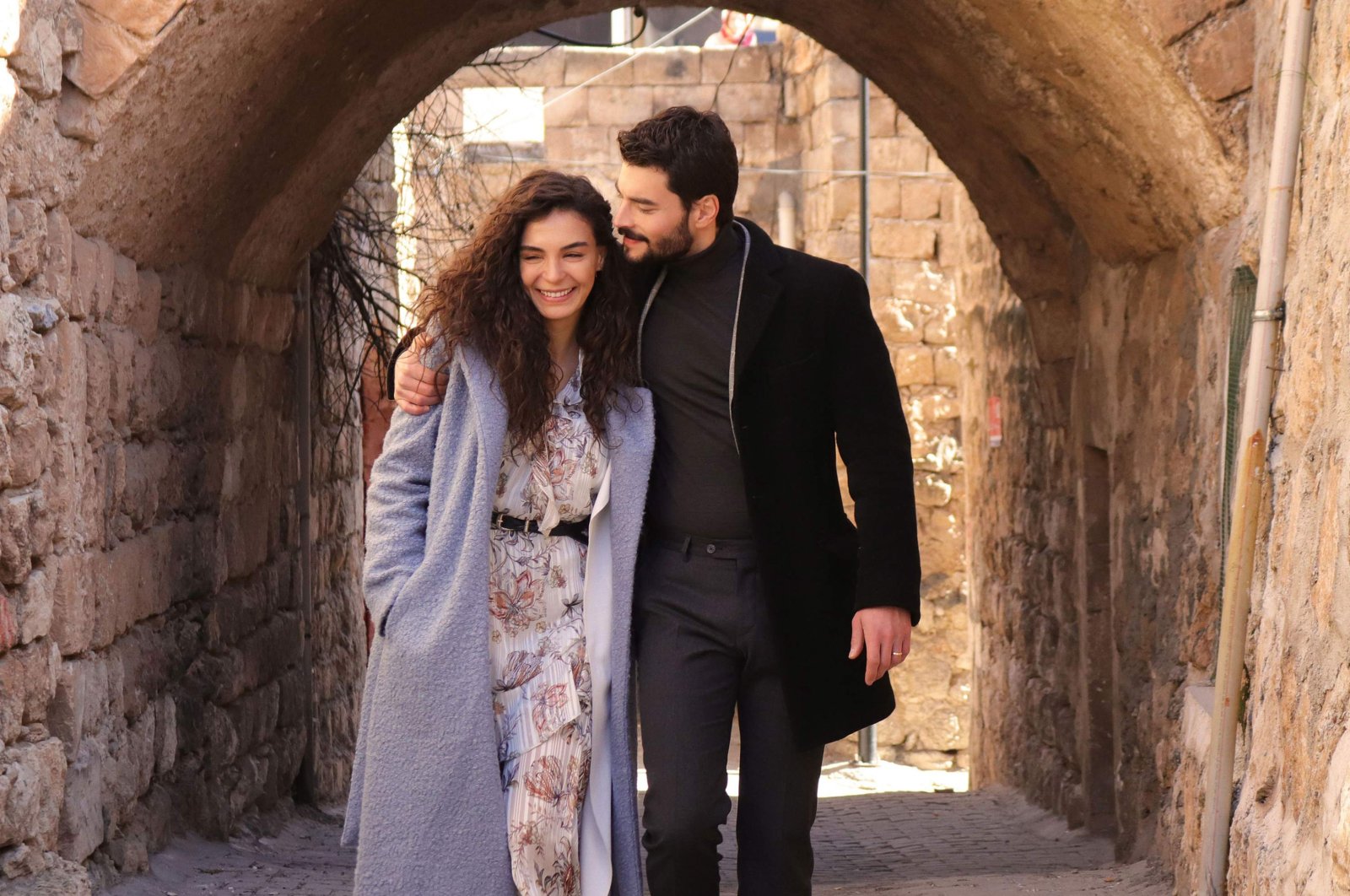 Sitting in the corner of a room, headphones stuck in my ears, neck bent over a smartphone with tears flowing down my cheeks, I wipe my eyes to continue watching. My daughter, distraught at this sight, her hands akimbo, demanded of her father, what had daddy done to upset mom so much?

That was two years back. Ever since, Feriha, Zehra, Ömer, Şükran Teyze and numerous others from Istanbul, Ankara and Izmir have kept me constant company, in my kitchen, on the bus and metro while commuting and at every possible opportunity I could get to be alone. I even remember staying glued to the phone at my niece's wedding – entirely out-of-character for me. I laughed and wept with them, sometimes even more than the protagonist. Something which had started with a casual search on the internet had soon turned into an obsession for me.

I belong to India – the land of Bollywood, milk tea and the Taj Mahal. As a child, my only association with Turkey had been the Turkish towels. But I now know that Istanbul is a beautiful and sought-after travel destination. I also learned that the beautiful Turks are not only very hospitable but are also a family-oriented lot who take their food and tea seriously. They also take great pride in their history and culture.

There is a thriving small-screen industry here in India as well. But for more than a decade, I had fallen out of step with the happenings. Managing my studies and a household of three kids had been quite a handful for me. Biochemistry research can be quite demanding in terms of the hours you are expected to invest in lab work, writing research articles and preparing for research conferences.

My interests and aspirations have since changed drastically. From a person who had once aspired to set up a proteomics research facility, I now dream of a stint in the writers' room of the Turkish drama productions. This transformation is partly due to my current fascination with Turkish TV serials. I would also partly attribute the change to the COVID-19 pandemic. For those of us who are still alive today, the pandemic was a strong reminder that we all have but just this life. There is little time to waste on procrastination. The right time is now. So what had been a vague idea, a whim two years back, has now transformed into a real plan. The captivating Istanbul and the beautiful people there beckon to me!

Turkish TV dramas have a lot to offer to the discerning eye. The sunset and sunrise of the ''City on Seven Hills'' captured beautifully by outstanding camera work, the Spartan and tastefully organized ''mahalle" (neighborhood) houses, the blue waters of the Bosporus, the Galata Tower towering above the city – all present beautiful imagery. The "teyzes" and "halas" remind me of my aunts and neighbors whose business it is to see that "right" is done. The spiritual element inherent in every aspect of life is brought out subtly in conversations. I find this particularly relatable to my Indian upbringing.

Music, a common denominator for any work in performing arts, has the potential to elevate the soul to great heights. The title tracks and the background scores in the serials hold a universal appeal that resonates well with the viewers, irrespective of their origin. My phone still plays the Nail Yutsever composition from the title track of "Adını Feriha Koydum" (AFK).

While an educated, conservative mind readily acknowledges the talent and hard work inherent in art forms like music, painting and dance, it is not ready to accept that there may be talent at work in commercial cinema and the TV industry. We tend to write them off as being merely profit-driven. I pretty much belonged to that category of thinkers until recently. However, I am now more cognizant of the script that drives the show, the direction that holds the viewer to his place and the camera work that captures and brings raptures! In fact, it is even more challenging to remain creative under the limitations imposed by commerce. It takes even greater talent to tell the same old story in a new way, each time.

Intrigued by all these elements and very much in love with them, the researcher within me prodded me on to learn more about the country and its culture. History has much reason to show us that the Turkish and the Indian societies have evolved on similar lines. We have had our share of Westernization, but we also have a firm conviction in our indigenous ideologies and beliefs that date back a very long time. So, while we strive to stay at par with modernization, we also take pride in our traditional knowledge, resulting in a balanced mix of the new and the old. So while we have the hand sanitizers, we also have the Turkish "itr" and "gulaab jal" (rose water).

After watching so many Turkish TV productions now, I am still far from saying, "You have seen one, you have seen them all." There is a freshness in each that is immediately endearing. Cliches do exist, I admit. For instance, rich guy-poor girl love (rarely is it also the other way round). The poor girl gets kidnapped multiple times but comes out unscathed each time, thanks to the prince charming who is ready to help the damsel in distress. There is a psychopathic angle also, which is recurring in many of them. At least one character in every other show is most definitely afflicted with cancer – maybe Turkey ought to invest in learning yoga too! Some actors walk out of the production, and the story takes an unexpected turn, deviating from its planned course. These characters invariably go off to America or just have telephone conversations with the characters in the story. All these are happening, and yet I am not complaining.

Then there is the genre of the crime thriller. I remember how the level of my language dropped while I was following "Behzat Ç., Bir Ankara Polisiyesi." A trifle unsuited to a mother of three, one would say. I was upset when the character played by my favorite actor Hazal Kaya gets killed.

Binge-watching these serials is a common affliction, about which regular viewers often complain. I was no exception. I remember when I had to give up watching my phone entirely to undergo physiotherapy for a nasty back muscle spasm. I paid dearly for skipping my yoga class to watch those few nail-biting episodes of AFK. But now, unlike a novice drinker who binges on alcohol, I am more seasoned. I sit down with my daily peg of "Adını Sen Koy" (Prisoner of Love) and feel the day's weariness slip away slowly. I now wish to create a similar magic sometime soon, working with the very people who inspired me to come this far!

After talking about almost every aspect, how can I miss out on those significant people, who are quietly working away to help viewers like me avail the full benefit of these serials? To the Turkish language translators who render English subtitles to each show, I owe many thanks. They work without any tangible benefits but are an essential cog in the whole machinery of international marketing and outreach of Turkish TV productions. Of course, some viewers like me drop dependency on translation eventually and learn the beautiful language itself. "Senin sayende" (thanks to you) and "iyi ki varsın" (glad to have you) are my favorite expressions from the language. Wishing "kolay gelsin" to the person you see at work, who may be a sweeper, a nurse, your office colleague, or even a family member, was something new for me. I wondered if we could conceive a parallel phrase in Hindi to wish our domestic helps, who are a great support for our society.

My Turkish learning had its share of amusing moments too. For instance, for a long time, I could not understand why Mr. Jackson was being summoned every now and then. It turned out to be "cek sen." In pure Tamil, we also call mother "annai," much like the Turkish "anne." I will not even go into the similarities Turkish has with Hindi. There are just too many of them to even start enlisting.

Second only to the American TV industry, the Turkish TV industry is quite prolific in terms of quality productions. There are so many different genres to choose from and an equally diverse set of storylines. Closer to home, I learned, much to my amazement, that these serials have found great favor among my aged neighbors, senior colleagues and my yoga buddies too! The exquisite settings, an enchanting portrayal of the country, carefully chosen lead actors and supporting actors, original music, a well-conceived script and skillful direction have made inroads into many a heart, worldwide.

*Ph.D. Department of Chemistry at the Indian Institute of Technology, Delhi