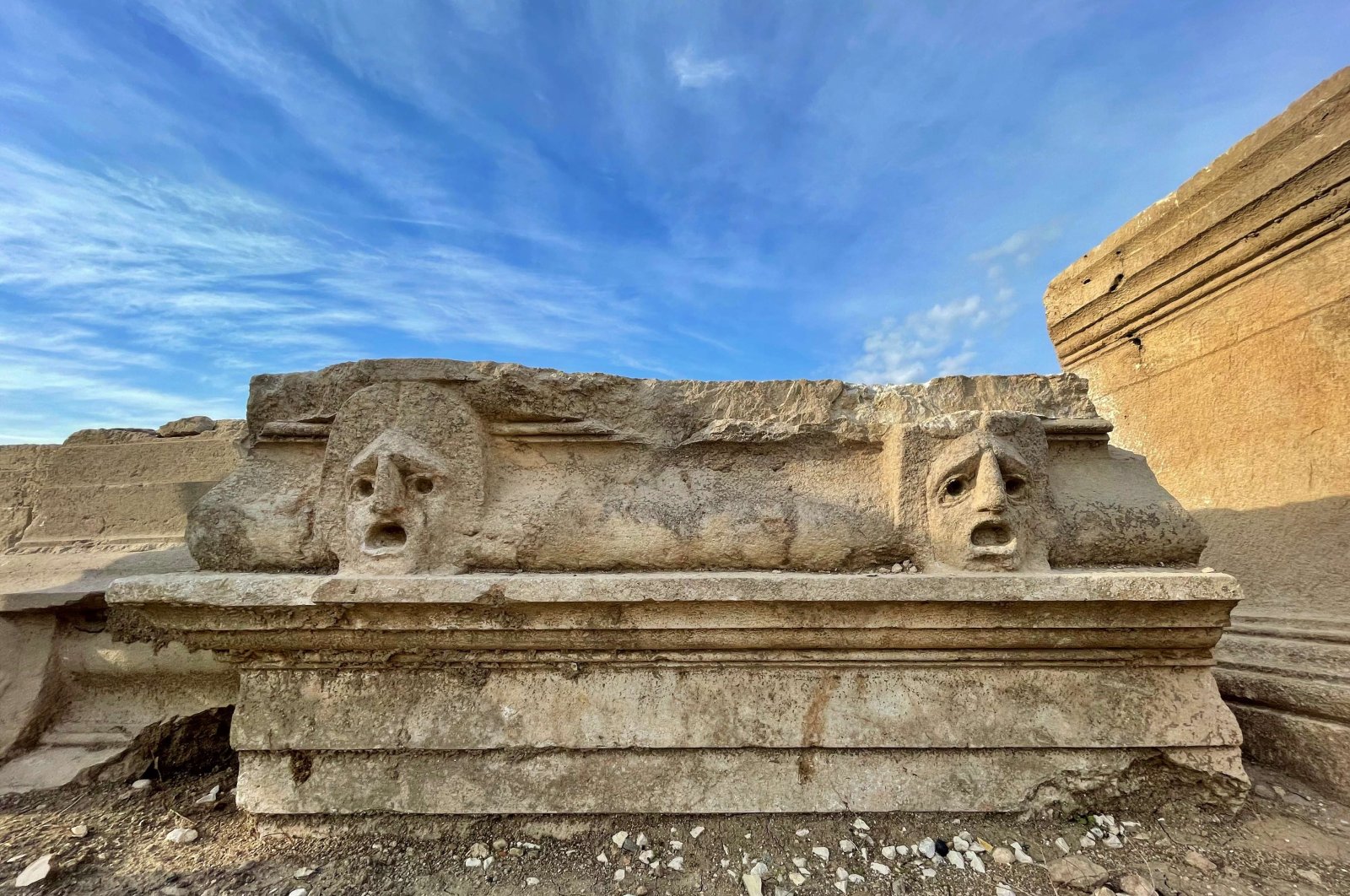 In the ancient city of Kastabala, located in Turkey's southern province of Osmaniye, relief masks were unearthed on the architectural blocks of the theater. The masks depict comedy and tragedy plays performed in that period.

The 2021 excavation season ended in Kastabala, known as the Çukurova region’s Ephesus, a site that has survived to the present day with its colonnaded street, theater, bath structure, churches and historical castle. While the theater part of the ancient city was largely unearthed during excavations, 10 relief masks found here created great excitement. It was determined that the masks depict the theater plays staged at that time, with frowning masks made for tragedy while smiling masks were for comedy.

Speaking to Anadolu Agency (AA), Faris Demir, the head of the excavations and an academician at the Osmaniye Korkut Ata University (OKÜ) Department of Archaeology, said that the ancient city of Kastabala is the most important sacred city of the Cilicia region in southern Anatolia.

Noting 10 masks found in the theater are of importance, as they witness the cultural heritage of their period, Demir continued: “We are excavating a theater from the Roman period, but the increase in the number of qualified finds dating to the Neolithic period in the fill dirt from the upper part of the theater shows that Kastabala has been an important center since prehistoric times. We will continue our excavations in these areas in the coming years.”