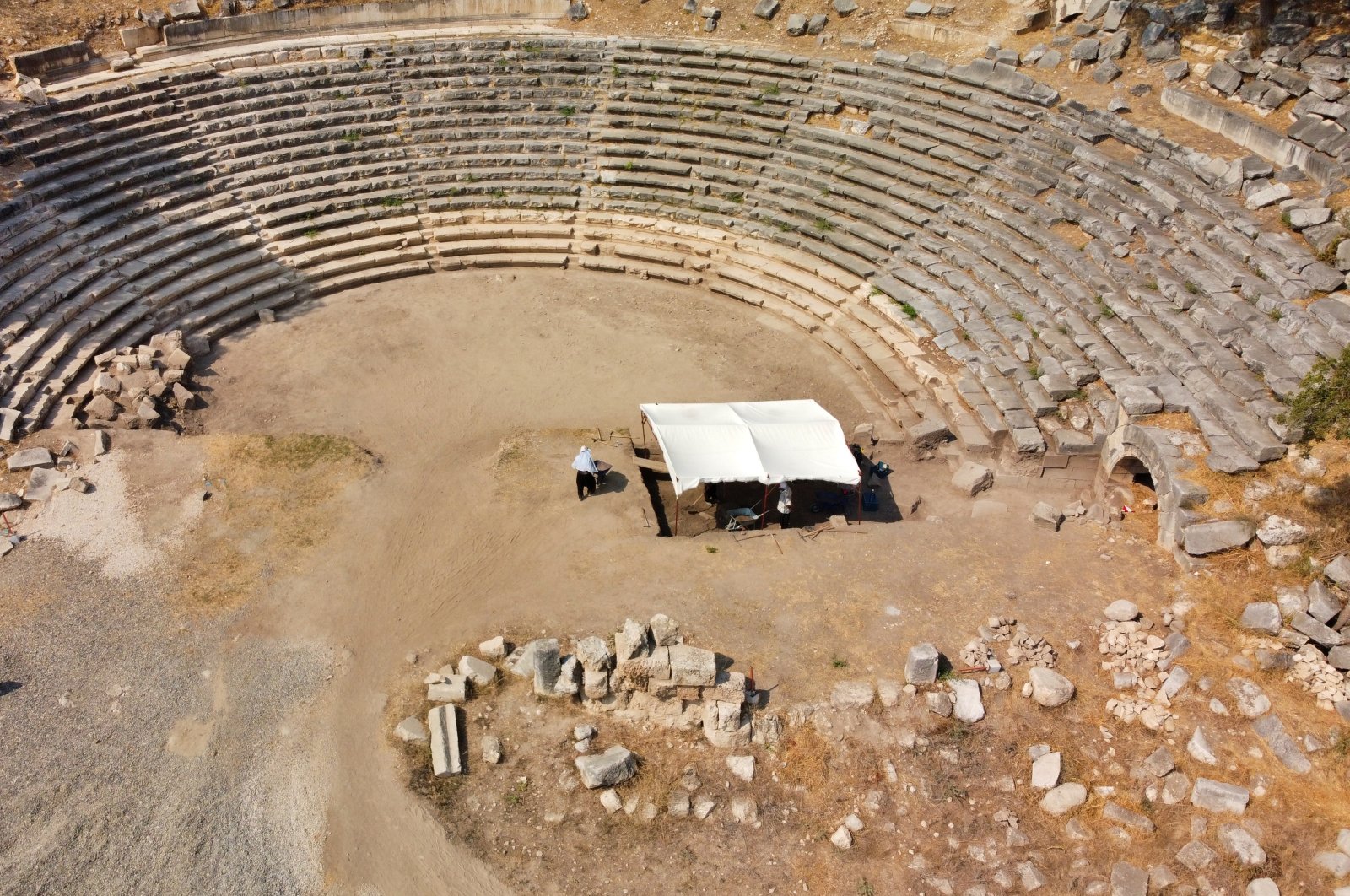 Archaeological excavations on the ruins of the ancient city of Kastabala, located in Turkey’s southern province of Osmaniye, continue as more and more historic structures are unearthed.

The city is located 12 kilometers (7.45 miles) from the city center, with its walking path, theater, castle and columns dating back 2,500 years.

Demir stated that he believes Osmaniye will become a cultural center with the completion of the works in the amphitheater.

"The theater is a medium-sized one belonging to the Roman Period. Some 80% of it has survived to the present day. We think that Osmaniye will acquire an important place in the field of tourism and culture," he said.

Noting that the archaeological excavations in the region will continue until the end of the year, Demir said that they have also started planning the cleaning and landscaping process for the area so that visitors can tour the city comfortably.

Demir said that the ancient site will have a “stone exhibition” and a colonnaded street further down the line.

“The works in the theater are close to being completed, and the works on the colonnaded street will be completed soon as well,” he added.